The team is building an old school social play focused on Gen Z high school socialization. The first iteration of their vision was a digital yearbook they rolled out earlier this year that allowed high schoolers torn from the last weeks of their school year by the COVID-19 pandemic to leave messages for friends in a virtual yearbook, replicating the act of passing around the memento over Snapchat. The team’s acronymic name “HAGS” refers to the “have a great summer” message often speedily scrawled in a classmate’s yearbook.

The young founding team at HAGS is fully remote with CEO Suraya Shivji, 23, her younger brother Jameel, 18, and co-founder James Dale, 19, building out the product. The company says that “tens of thousands of high school students” used the app after its initial launch. In the course of building out their app, the team caught the eye of investors over Twitter and began to roll together some early investments.

“Especially when you’re investing so early, you lean on the team so much when it comes to an investment decision,” GV’s Terri Burns told TechCrunch in an interview. “HAGS is really early and very much in the spirit of experimentation.” 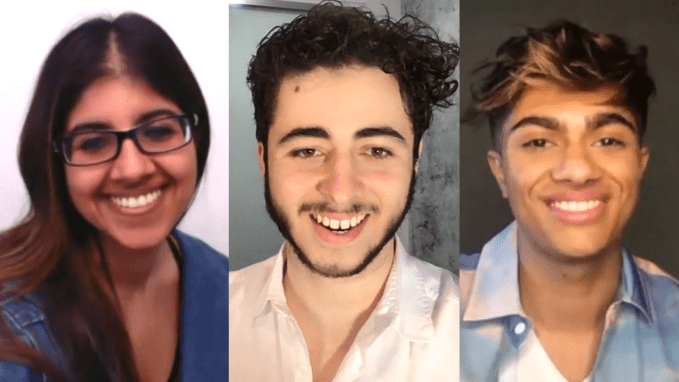 The HAGS team ended up pulling together a $1 million investment led by GV with participation from BoxGroup and a handful of angel investors. It’s a smaller deal for some of the names involved, but the team’s product represents a familiarly ripe opportunity, shipping social products to teens. The HAGS app leverages high school networks, prompting users to log into their specific school. The team has already begun building out a network of “ambassadors” at several high schools to bring people into the app.

The app comes during an unprecedented period of upended socializing for high schoolers amid a pandemic, one that could offer more opportunities for a social app that aims to keep students in touch with a broader swath of their classmates that goes beyond their core friend group.

The team kicked things off with the yearbook built onto Snapchat’s Snap Kit SDK, but they’re staying open-minded about what comes next as they plan for the next feature launches inside their app in the coming months. The team is aiming to expand their utility while also staying dialed in to the core of their feature set.

“We ended up with this idea that the foundation of everything we do is creating things that are fun, and seeing that as a need and a first principle of what we do.” CEO Suraya Shivji tells TechCrunch. “Now, we’re basically exploring how to take this socially intimate space for a high school student and build on that.”