It happens to the best of us. Some newer, flashier model comes along and we’re no longer the latest and greatest new thing. The iPad’s had a plenty good run, of course. Ten years ago, the device redefined what a tablet is and has maintained a dominant spot atop the category, as countless competitors have fallen away. Apple recently announced that it has sold north of 500 million units over the life of the device.

These days, the device has been overshadowed by its own brand. The standard iPad has become something of an also-ran, compared to the Pro and Air. Now in its eighth generation, the product represents the entry level for Apple’s tablet offerings. While the Air took center stage at the company’s recent hardware event, it did extend some love to the iPad.

This is the new iPad Air, with Touch ID built into the power button

The latest version of the tablet retains the familiar design of recent generations, including the 10.2-inch display (up from 9.7) and smart connector on the side of the device for accessories introduced the last time out. The size isn’t too dissimilar from the Air — it’s a touch taller and about a millimeter and a half thicker, weighing in at an additional 32 grams. 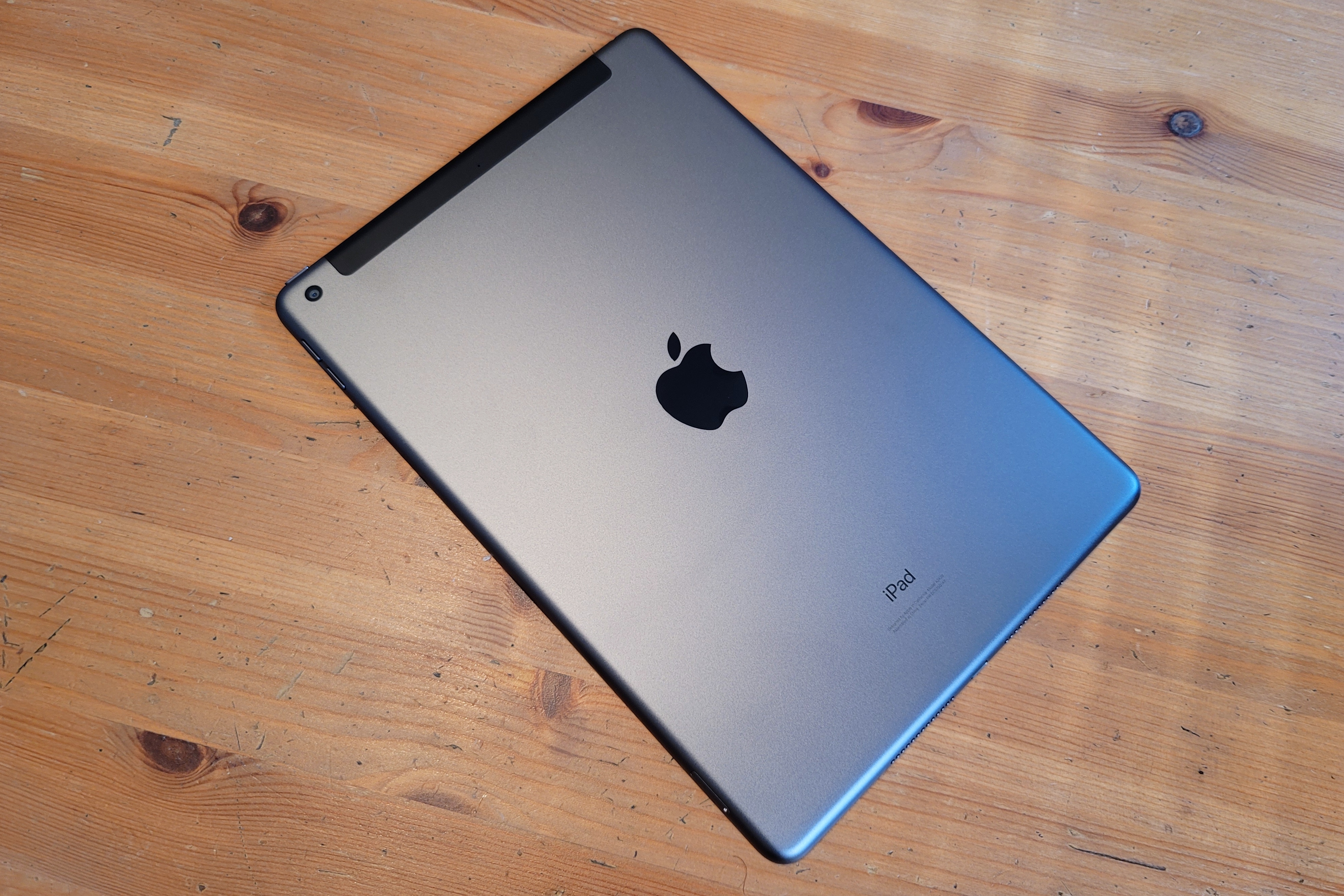 This is the last of three iPads to hang onto the Lightning Port — that’s certainly starting to feel like a bit of a relic. The upshot of that, however, is that the product continues to be compatible with older accessories, which means there’s a good chance you’ll save a little extra cash on that end, as well. The tablet also ships with a larger charger than the previous generation.

The biggest update this time out is, unsurprisingly, internal. The new version of the slate gets the same A12 — marking the first such upgrade for the device in two years. The update puts it a generation behind the Air, which received the A12 last year and has been upgraded to the A14. The Pro, meanwhile, currently sports the A12Z. Confusing, I know, but the main thing you need to know here is that the iPad is the entry-level model.

That includes the display, which is smaller than the other models and lacks the 120Hz refresh rate and brighter display of the Pro. Nor does it sport Apple’s True Tone display tech or the Face ID found on the Pro, instead retaining the home button Touch ID (versus the power button on the Air). The two-speaker system is also lacking compared to the quad-speakers on the Pro, most notably when you’re watching a movie on the tablet in landscape mode.

The battery is rated at 10 hours, which puts it in line with the other devices. I found I was able to get something in line with the company’s stated “all day life” for the product. If you’re someone like me who just uses a tablet for a couple of hours a day for entertainment purposes, you should be able to get away with charging it every few days. 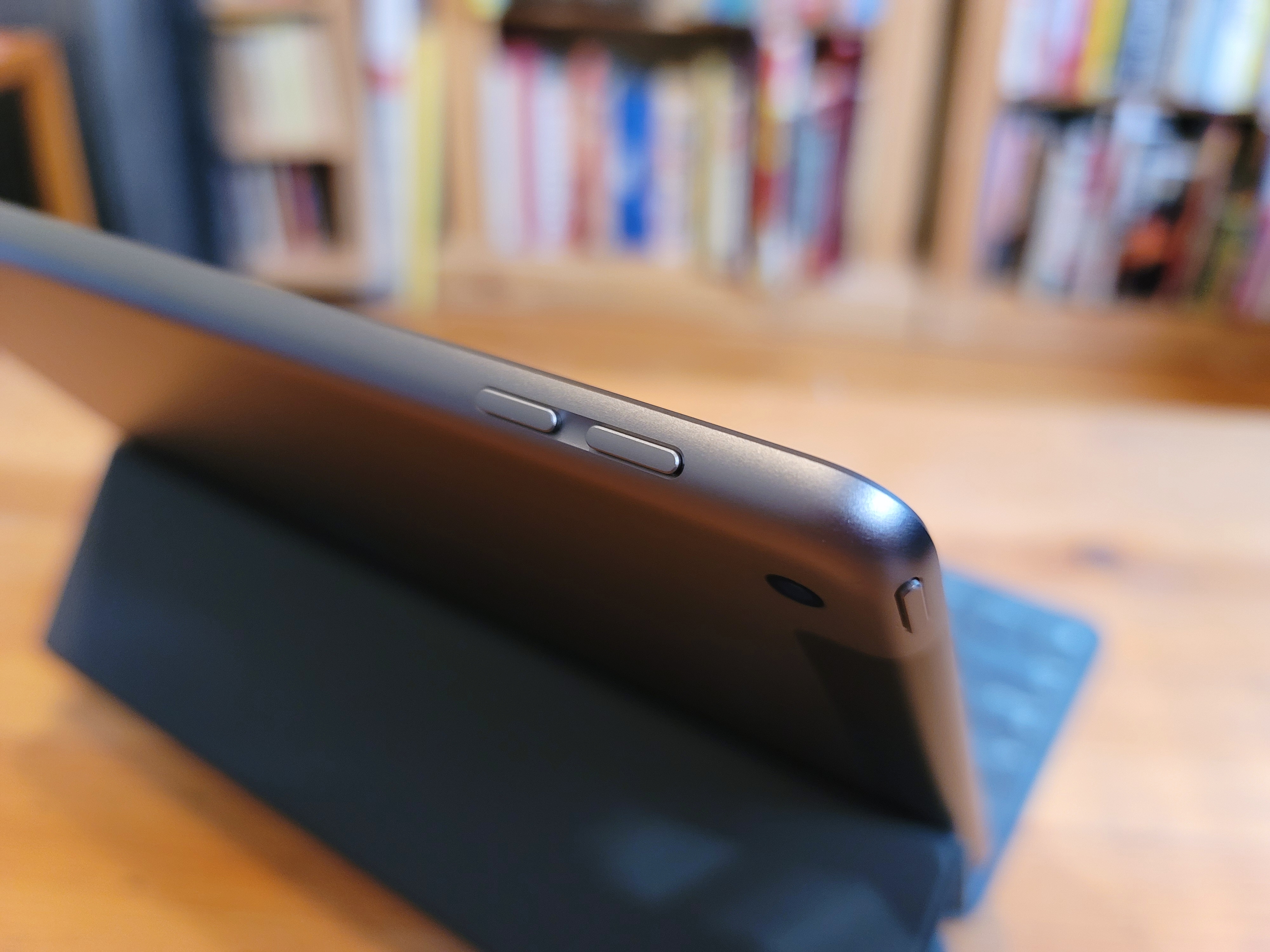 The iPad is really the workhorse of the line. Starting at $329 for the 32GB model, it’s by far the least expensive iPad model. The Air and Pro start at $599 and $799, respectively. And sale prices are a certainty, heading into the holiday season. As I type this, the entry-level device is currently marked down to $299 on Amazon.

The truth is, for most users, the standard iPad will be more than enough for most applications. Certainly that applies to people who are looking for devices to check email, visit some sites, play mobile games and watch Netflix (though it might be time to reconsider its camera placement in the age of teleconferencing). The iPad isn’t the king of the hill it once was among Apple tablets, but it remains a fine device.