The pitch for Berlin-based Endel is pretty straightforward, according to its co-founder and CEO Oleg Stavitsky.

“The way I usually describe Endel is: This is a technology that is built to help you focus, relax and sleep,” Stavitsky told me. “Of course, the way we do that is a little more complicated than that.”

The startup is announcing today that it has raised $5 million in Series A funding led by Kevin Rose of True Ventures, with participation from SleepScore Ventures, Techstars Ventures (Endel was part of the Techstars Music Accelerator), Impulse Ventures, Plus 8 Equity Partners, Waverley Capital, Amazon Alexa Fund, Target Global and various angel investors.

Stavitsky said that the team previously worked together on children’s app company Bubl. After selling Bubl, Stavitsky said they began to explore the opportunities around sound — after all, he noticed the growth of playlists designed to help with things like sleep and focus, as well as the growth in mindfulness apps.

“When we started, we said, ‘Let’s just build this machine that can generate ambient music,’ ” he recalled. But he said that as the team did more research, they realized, “It has to be personalized. It cannot just be one song or one playlist or one soundscape. It really depends on the space you’re in.”

So that’s essentially what Endel has built. The startup says its Endel Pacific technology creates “sound environments” designed for your needs — whether that’s focusing, sleeping, relaxing or just when you’re on-the-go. Those environments are shaped, in part, by things like the time of day and the weather, as well as the user’s heart rate and motion. 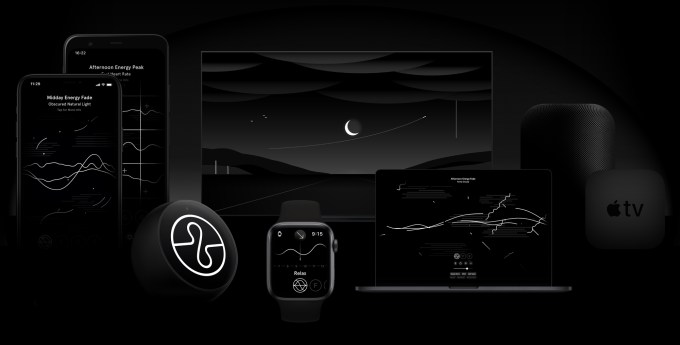 Rose said he was excited by “this idea of the closed-loop system that uses real-time feedback to manipulate and change the body in a very positive way.” And he emphasized that Endel is “backed by science.”

Stavitsky said Endel’s approach draws on several areas of science, including research around circadian rhythms (so that it complements where you are in your daily sleep cycle), the pentatonic scale (so that its sounds are pleasant) and sound masking (so that you’re less likely to hear anything distracting).

The company is working with partners to do more to validate the science behind its approach, but it says it’s already applied the experience sampling a method developed by psychologist Mihaly Csikszentmihalyi (who developed and wrote the book on the concept of flow) to show that its sound environments can lead to a 6.3x increase in concentration and a 3.6x decrease in anxiety.

I tried it out myself, listening to Endel’s mix of soothing music and white noise as I worked yesterday (including, of course, as I was writing this post). I won’t claim that I felt an immediate or dramatic increase in energy or focus — but as time went on, I noticed I was working for longer than I normally do without getting distracted or tired. 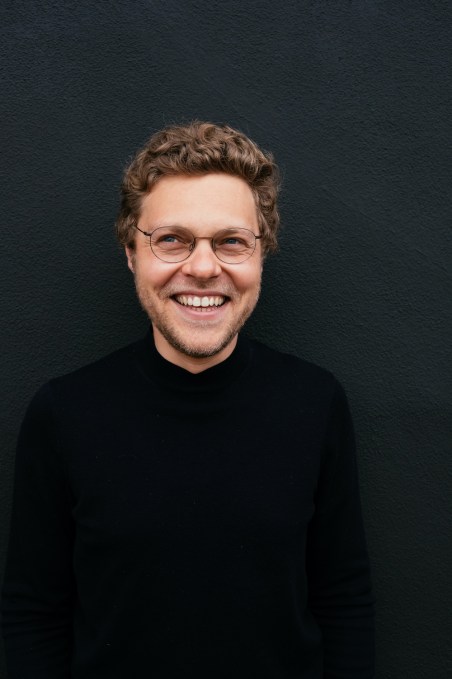 The startup has released apps for iOS, Apple Watch, macOS, Amazon Alexa and Android, and it has been downloaded nearly 2 million times. A subscription costs $49.99 per year.

Stavitsky said Endel is also building a significant business around partnerships, for example by working with Japan’s ANA Airlines to feature its technology on planes, and there are supposedly partnerships in the works with automakers and smart speaker manufacturers as well.

The startup has also signed a deal with Warner Music to algorithmically create songs and albums. Stavitsky said he’s hoping to do more work with musicians, so that when they release new music, there can be both a traditional album and also “a functional, adaptive album that is available to you as a soundscape when you have to work, when you want to go to sleep.”

“The big vision is to ultimately go beyond sound,” he added — starting with an Apple TV app due later this year that incorporates video.

Endel has now raised a total of $7.1 million.

Kevin Rose on health apps, crypto and how founders get through this time with their sanity intact