At Facebook’s first big event since moving away from the Oculus brand and rebranding its AR and VR efforts as “Facebook Reality Labs,” it announced a new consumer wearable and dove into its ongoing research into augmented reality devices.

At the fittingly virtual event, Mark Zuckerberg announced that Facebook would launch “the next step on the road to augmented reality glasses” next year, a pair of smart glasses that falls short of AR capability.

Zuckerberg also announced that Facebook will bring in luxury eyewear giant Luxottica, and the new consumer device will have Ray-Ban branding. Zuckerberg suggested that the Luxottica partnership would help accommodate an array of styles and preferences that people might have for the devices.

“We don’t have a product yet to share with you today but I am excited to share that we have formed a multi-year partnership starting with building and releasing our first pair of smart glasses next year,” Zuckerberg said. The company provided little detail on what capabilities the glasses would and would not have, though confirmed to TechCrunch that it would not have a display. The result will likely be less like Google Glass and more along the lines of Snapchat’s Spectacles, first released in 2016.

On the research side, Facebook is trucking along in its quest to build wearable AR glasses that will integrate with its own software. In 2018, the company confirmed that it was indeed building its own proper augmented reality glasses. “We want to see those glasses come into reality, and I think we want to play our part in helping to bring them there,” Facebook’s head of augmented reality Ficus Kirkpatrick told TechCrunch at the time.

Beginning this month, a handful of “specially trained” Facebook employees and contract workers will be sporting high-tech glasses around campus to test wearable research devices in real-world conditions. That effort is part of Project Aria, the company’s AR research initiative within Facebook Reality Labs.

In a produced video that wasn’t a demo of the device but was meant to show off relevant research, Facebook depicted some theoretical uses for AR glasses: getting an overlay of street directions, music recommendations in a record store or even visual alert showing you where your lost keys went. 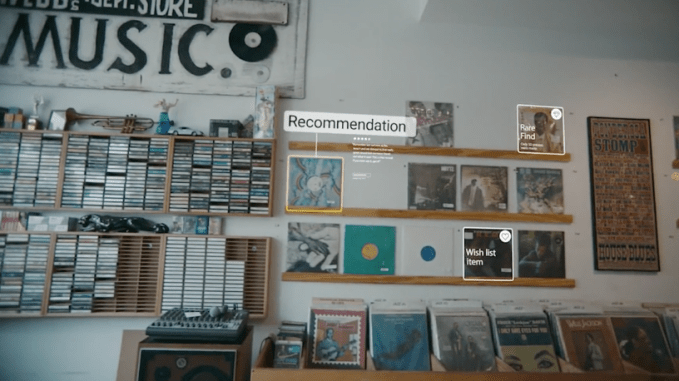 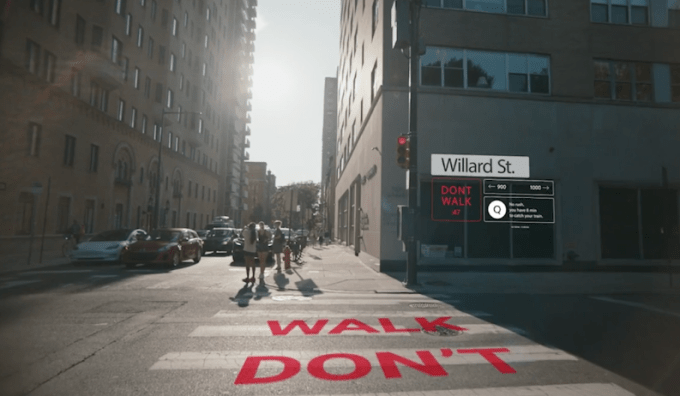 Those testers will help Facebook understand things it can’t figure out in the lab, like what sensors need to go into the hardware and what kind of data the glasses should and shouldn’t collect.

Its own privacy scandals notwithstanding, Facebook seems to keenly recall the rocky early days of Google Glass, an ahead-of-its-time product with a launch marred by user privacy concerns over the device’s built-in camera.

Andrew Bosworth, head of Facebook Reality Labs, was quick to emphasize that Facebook will undergo extensive testing well before any consumer AR device would go on sale. Bosworth noted that a test version of Project Aria glasses isn’t a working prototype, calling it a “precursor to working AR” that doesn’t have a functional heads-up display.