Courier is an API platform with a no-code twist that helps developers add multichannel user notifications to their applications. The company today announced that it has raised a $10.1 million Series A funding round led by Bessemer Venture Partners. Matrix Partners, Twilio and Slack Fund also participated in this round.

Previously, the company raised a $2.3 million seed round led by Matrix Partners, with participation from Y Combinator. That round, which closed in April 2019, was previously unreported. Bessemer Venture Partners’ Byron Deeter and Matrix Partners’ Patrick Malatack, the previous VP of Product at Twilio, will join Courier’s board of directors.

“While at Twilio, I saw developers wrestling with integrating multiple channels together into a single experience,” says Malatack in today’s announcement. “Courier’s vision of a single platform for connecting and managing multiple channels really complements the channel explosion I was seeing customers struggle with.” 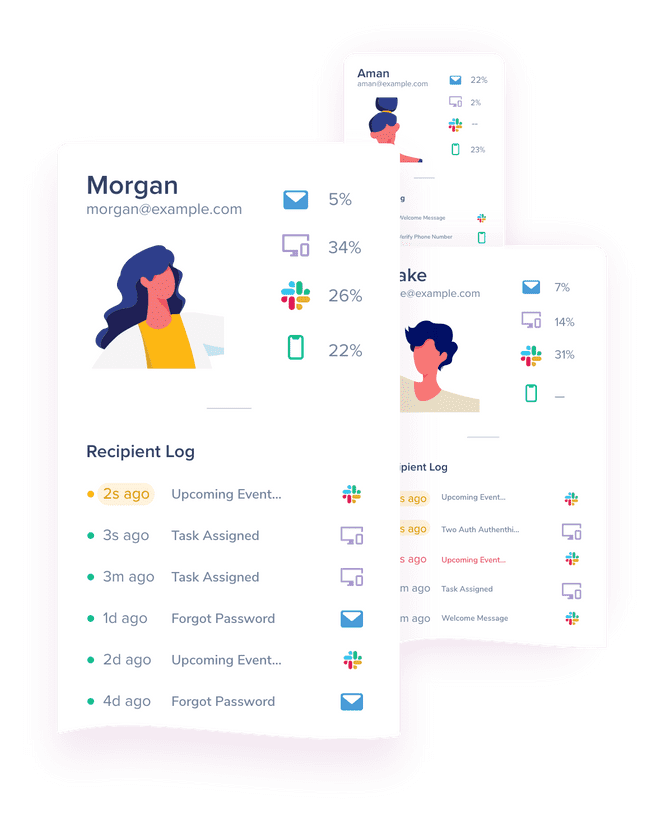 Courier founder and CEO Troy Goode previously led an engineering group at marketing automation firm Eloqua, which was acquired by Oracle in 2012, and as the CTO and head of Product at logistics software provider Winmore. Eloqua is clearly where he drew his inspiration for Courier from, though, which he built out during his time at Y Combinator.

“And one of the things that I noticed and became very frustrated by was that with Eloqua, Marketo, HubSpot, there were a ton of different tools for marketing teams to use to communicate with prospects and our leads,” Goode told me. “But as soon as somebody became a customer, as soon as somebody became a user, we weren’t using those platforms. All of a sudden, we were manually plugging in infrastructure level systems like SendGrid and Twilio.”

The idea behind Courier is to provide development teams with a one-stop service for all their notification and communication infrastructure needs without having to build it from scratch. As Goode noted, large companies like Airbnb and LinkedIn can afford to build and maintain these systems to send out transactional emails to their users, often with teams that have dozens of engineers on them. Small teams can build less sophisticated solutions, but there’s really no need for every company to reinvent the wheel.

One thing that makes the service stand out is that it offers both a no-code system for users to build their massaging flows and templates, as well as the APIs for developers to integrate these into their applications. That means anybody within a company can, for example, build rules to route messages through specific channels and providers based on their needs, on top of managing the content and the branding of the messages that are being sent. 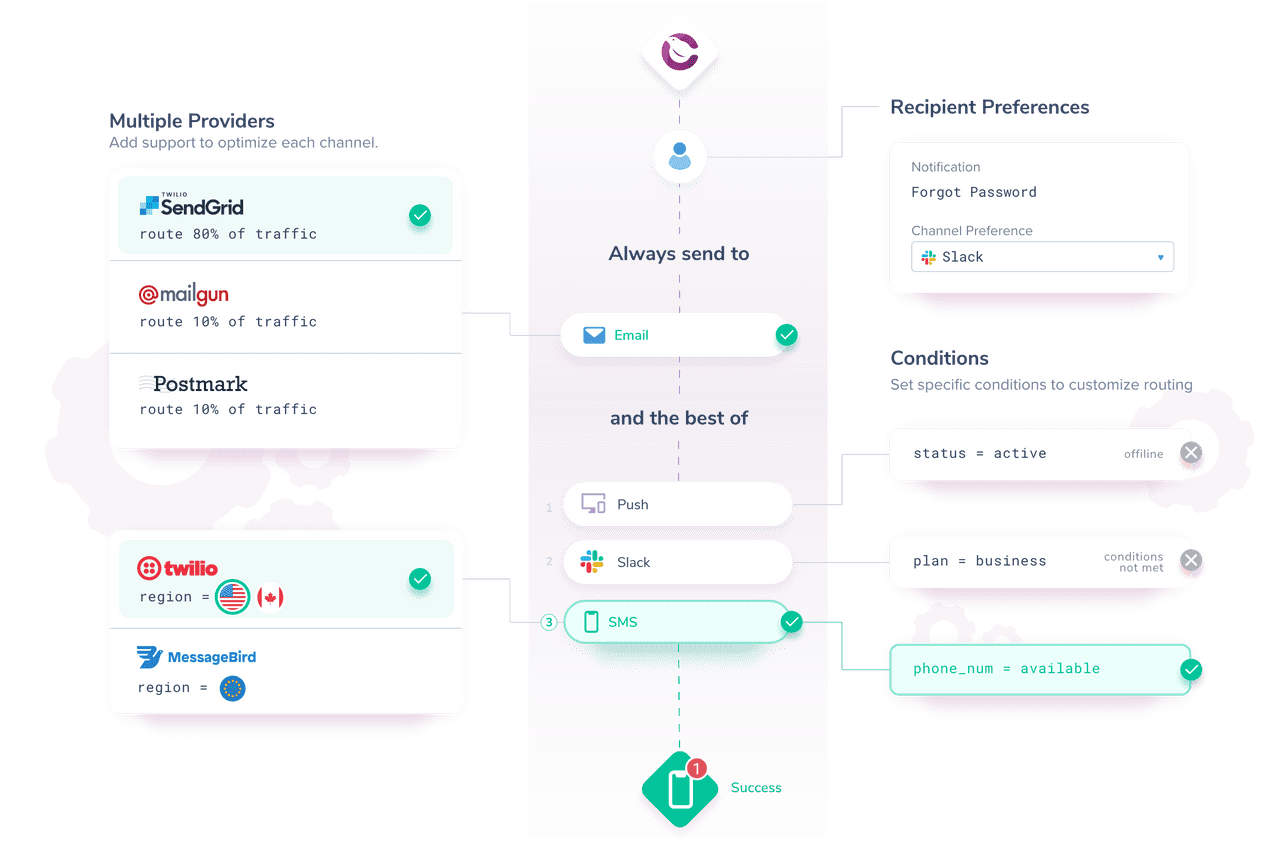 “You’ve got this broad array of potential providers,” Good said. “And what you need to do is figure out, okay, which provider am I going to use? And sometimes, especially at large organizations, the answer is multiple providers. And or email, you might need a backup email service in case your primary goes down, or you need to warm up an IP pool for SMS. You might have different providers per geography for both deliverability and price reasons. That’s really hard stuff to build yourself.”

But in addition, different recipients also have different preferences, too, and while users can build rules around that today, the company is looking at how to automate this process over time so that it can, for example, automatically ping users on the channel where they are most likely to respond (or purchase something) at a given time of the day.

Goode noted that it may be hard to convert big businesses to move to its platform given that they have already invested a lot into their own systems. But like Stripe, which faced a similar problem given that most potential users weren’t waiting to rip out their existing payment infrastructure, he believes that partnering with companies early and having patience will pay off in the long run.