U.S. Customs and Border Protection proudly announced in a press release on Friday a seizure of 2,000 boxes of “counterfeit” Apple AirPods, said to be worth about $400,000, from a shipment at John F. Kennedy Airport in New York.

But the photos in the press release appear to show boxes of OnePlus Buds, the wireless earphones made by smartphone maker OnePlus, and not Apple AirPods as CBP had claimed. 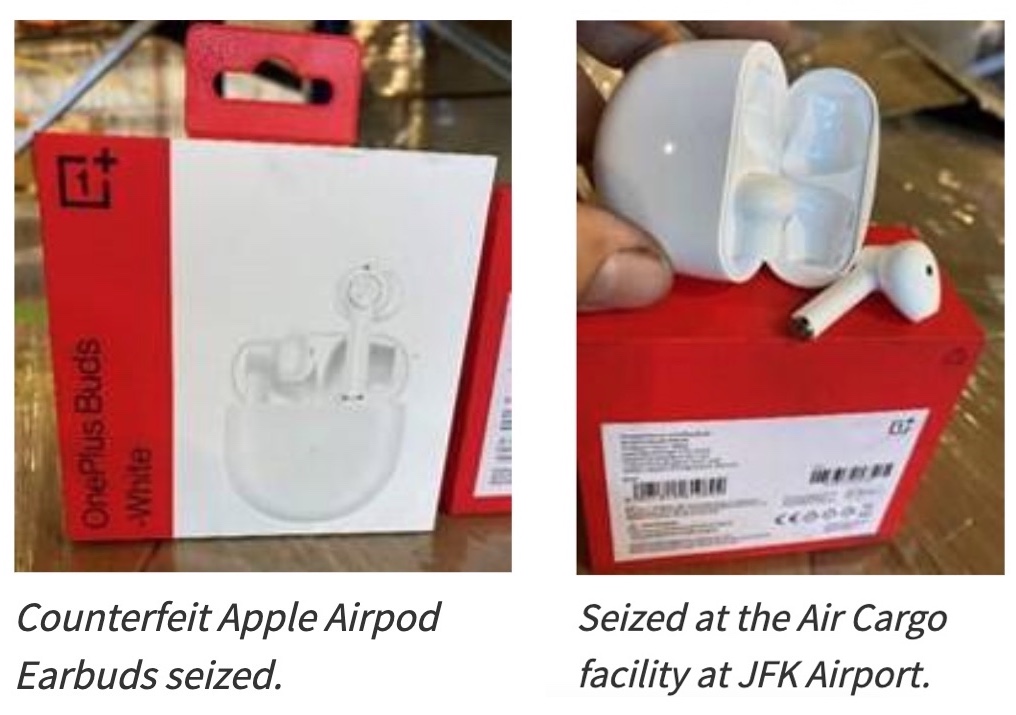 And this is what a box of OnePlus Buds looks like:

But a statement from CBP suggests the border authority isn’t backing down. CBP spokesperson Mike Niezgoda provided TechCrunch with a statement:

Based on that determination, CBP Officers at JFK Airport have seized the shipment under 19 USC 1526 (e). CBP’s seizure of the earbuds in question is unrelated to the images or language on the box. A company does not have to put an “Apple” wordmark or design on their products to violate these trademarks. The importer will have many opportunities through the adjudication process to provide evidence that their product does not violate the relevant recorded trademarks.

In other words, it’s now up to OnePlus to prove to CBP that its product is genuine and not an Apple knock-off. On the bright side, you can still buy the OnePlus Buds — just be careful if you’re importing them.