Last year’s Motorola Razr reboot should have been a slam-dunk. An iconic name attached to a cutting-edge form factor — what could possible go wrong? A lot, turns out, especially in the world of foldables, where nothing seems to go according to plan. Some questionable design choices gave rise to a poorly reviewed device that continued the trend of foldable stumbles.

Motorola throws back to the future with a foldable Razr reboot

This week, however, the reboot is back. And this time, it’s, well, refined. In a blog post announcing the launch of the “New Razr With 5G,” the Lenovo-owned brand is quick to note that, “We’ve heard from consumers that they feel tethered to their devices and want a way to stay connected while still living in the moment.” To put a finer point on it, here’s a quote offered to TechCrunch from a spokesperson:

We’re confident in our foldable system, which is why we retained much of the same technology from the first iteration of Razr. While evolving Razr’s design to include 5G, we focused on areas to make mechanical refinements, based on direct consumer feedback. 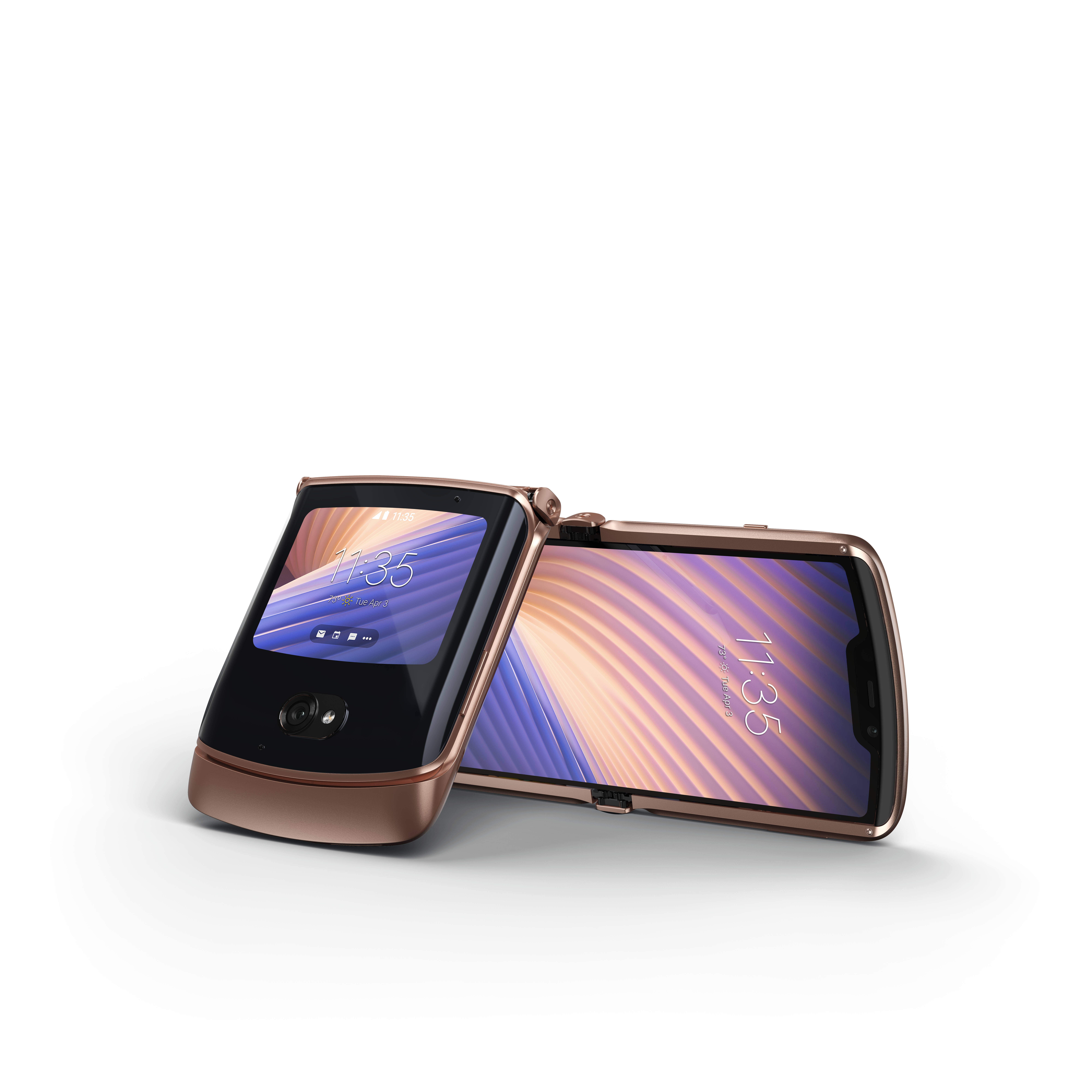 In other words, the new Razr is the device that consumer feedback built. Now with 5G. It’s in keeping with the new version of the Galaxy Fold that Samsung recently launched. As many in the industry anticipated, the initial round of foldable devices would bump up against many of the issues commonly attributed to first-generation devices. Here that means an update to things like the hinge, which drew some heat from reviews the first time around.

There’s also an improved camera — another issue with the original. This time out, it’s a quad pixel 48-megapixel sensor with improved low-light shots and faster autofocus. There’s also a 20-megapixel one inside the device. The battery — another pain point on the original — has been upgraded slightly, from 2,510mAh to 2,800mAh. The company says it’s an “all day” battery, though the demands of 5G might have something to say about that. I suspect the demands of thinness really presented a brick wall when it comes to maxing out battery capacity.

The 5G comes courtesy of the Snapdragon 765G processor. That maintains the original’s inclusion of a mid-range processor (710 last time out), but this time Qualcomm has included next-gen wireless in an attempt to speed up adoption. At $1,400, it’s $100 less expensive than the original, but it’s certainly still pricey enough to make a middling processor a definite headscratcher. It’s true you’re paying for the foldable screen here, of course, but at that price, everything really ought to be the latest and greatest.

The new New Razr will be available in the fall.