Metadata.io announced today that it has raised $6.5 million in Series A funding.

It’s been more than four years since I wrote about the startup’s $2 million seed funding. At the time, co-founder and CEO Gil Allouche described the product as helping business-to-business marketers target their ads as people who resemble their existing sales leads.

Since then, the company has launched its product in general availability, and Allouche told me yesterday that it’s become “really the middleware for the sales and marketing stack.”

“It doesn’t just … give you insights, it skips the human as the bottleneck of execution for marketing [operations],” Allouche said, adding that this makes marketing teams more efficient while also eliminating much of the drudgery. “If you’re a Don Draper who’s really good at creative or content, you should spend your time on that and not in an Excel spreadsheet.”

At the same time, ad targeting remains a key part of the company’s capabilities. For example, its new product MetaMatch allows advertisers to build and target custom audiences on Facebook, LinkedIn and programmatic display.

Allouche also said that demand has increased “quite significantly” since the beginning of the pandemic. That’s counter to larger digital ad trends, but he noted that B2B companies still need to reach customers, and many of the old tools — like in-person events — are now off the table. 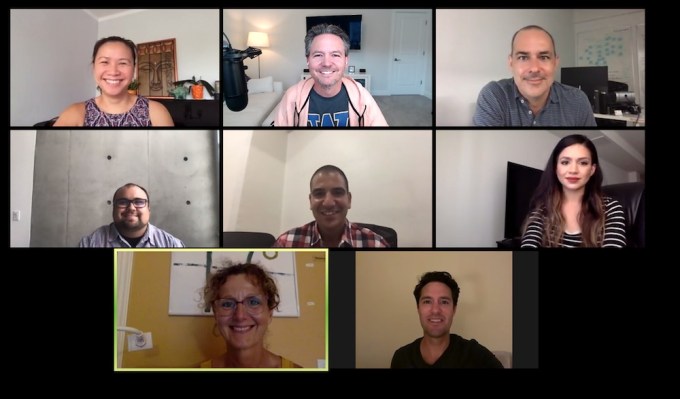 In addition, he said that Metadata’s proprietary database of 1.4 billion customer profiles have given it an additional advantage in the face of privacy regulation and ad-tracking restrictions.

The platform has been used by companies including Zoom, Drift, Pendo, Udacity, and Vonage.

“Metadata isn’t another marketing technology,” Organ said in a statement. “From the origin of the company transforming marketing operations by eliminating tedious manual work, to today, creating a category that transcends demand gen, it is enabling the autonomous marketer to be a reality. It is the marketer that’s needed for the future.”