Newly released teaser images of Volkswagen’s upcoming all-electric ID.4 compact SUV reveals an interior that leans in on tech, such as touchscreens and ambient lighting used to talk to the driver, without erasing every toggle or knob from automotive’s yesteryear.

In short: the ID.4 appears to have struck a balance between stark minimalism and a shepherd’s pie of toggles, switches and touchscreens. Could this be the Goldilocks story of the EV world? A few images can’t answer that question. Luckily, the ID.4, and the all the details about it, will be revealed at the end of the month.

Until then, these images are the first hints about what the ID.4 interior will look like and how it might operate. The stakes are high for Volkswagen with this latest vehicle. The ID.4 is part of the company’s plan to invest €11 billion euros ($13 billion) in electric mobility by 2024 as part of its Transform 2025+ strategy.

The ID.4 is the second electric vehicle to use the German automaker’s MEB platform, a flexible modular system — really a matrix of common parts — for producing electric vehicles that VW says make it more efficient and cost-effective. And it’s the first ID-badged vehicle to head to North America. The first vehicle under the label, the ID.3, will only be sold in Europe.

Volkswagen emphasized Friday in its release that it has taken advantage of the extra space the electric platform provides. And that seems to bear out, at least based on these few images.

Looking inside, there are two digital screens. One is located in the line of sight of the driver and another larger touchscreen is in the center. The height of the center console is worth noting. It rises above the dashboard, perhaps in an effort to keep the driver from having to look over and down at the screen. It’s difficult to tell from the image, but it appears that the bottom of this touchscreen might have a few physical toggles as well. 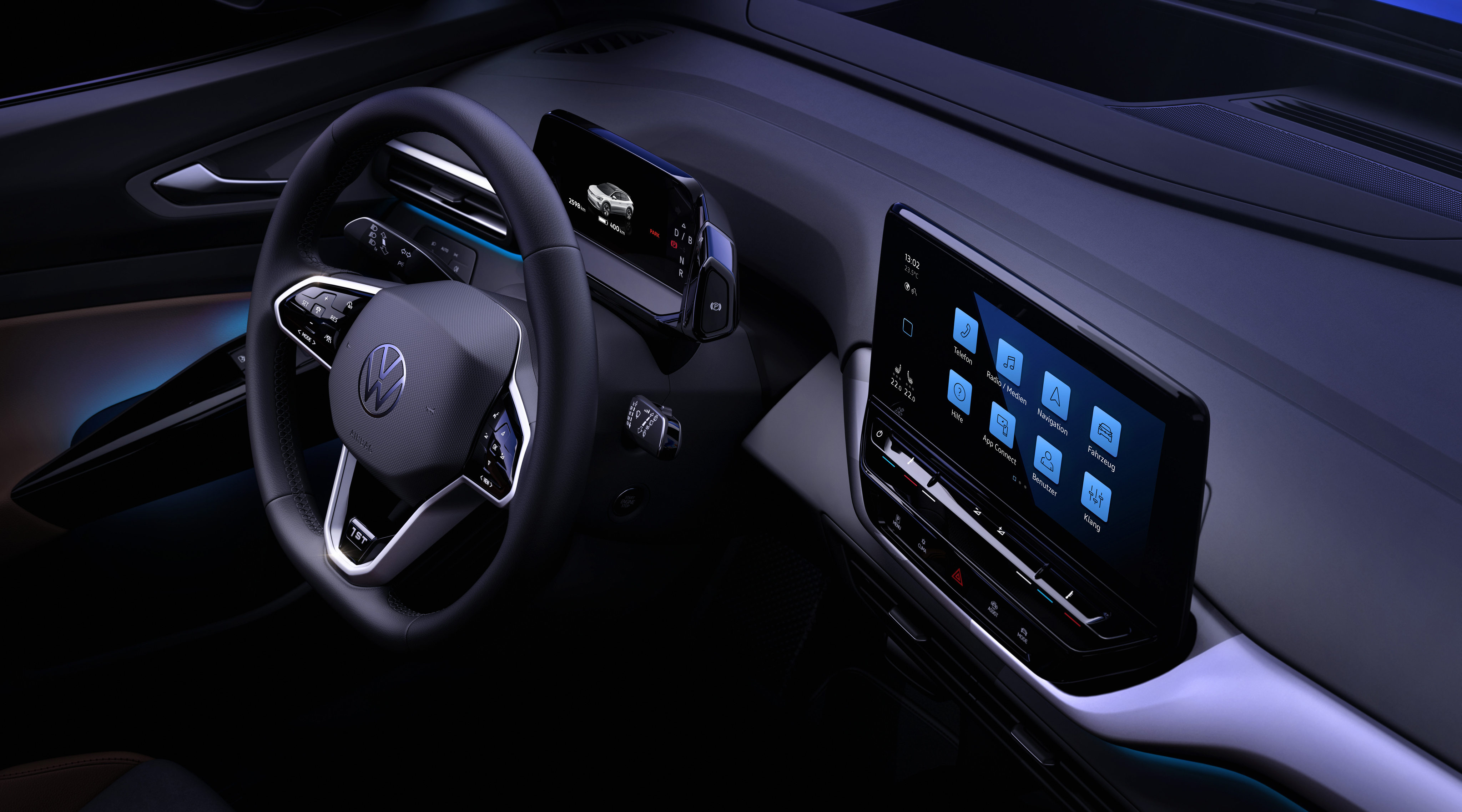 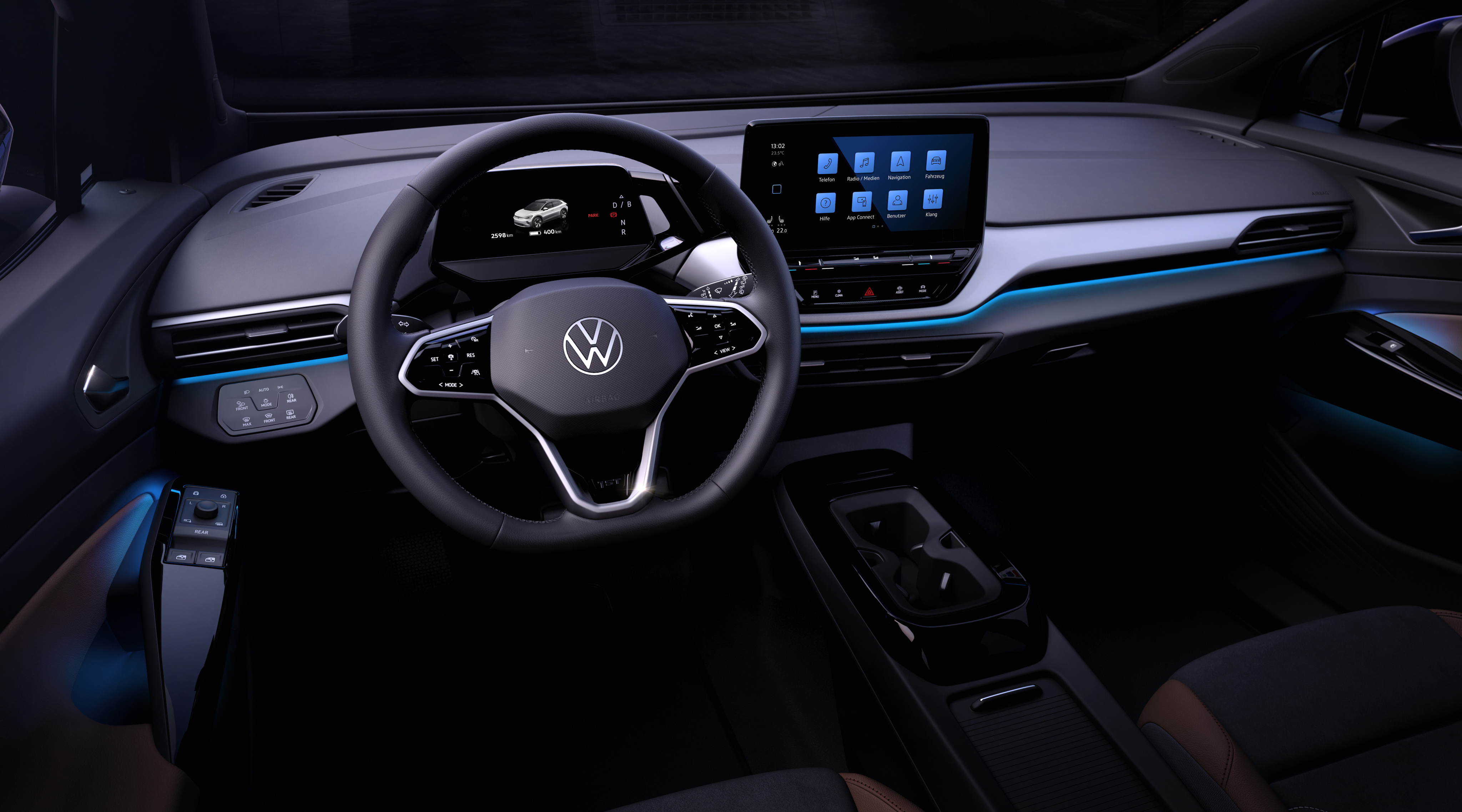 Volkswagen leaned into the ambient lighting, namely a light strip below the windscreen. The automaker calls it ID. Light, suggesting this feature will show up in other ID brand vehicles. The ID. Light is designed to “support” the driver, signaling when the vehicle’s drive system is active and that the car has been unlocked or locked, for example. The light strip also signals braking prompts and incoming phone calls, and will blink to recommend a lane change.

The automaker has also updated the key to a slick-looking fob with three buttons to lock and unlock the doors and trunk. For those less familiar with Volkswagen passenger vehicles, the keys have traditionally had a flip design. 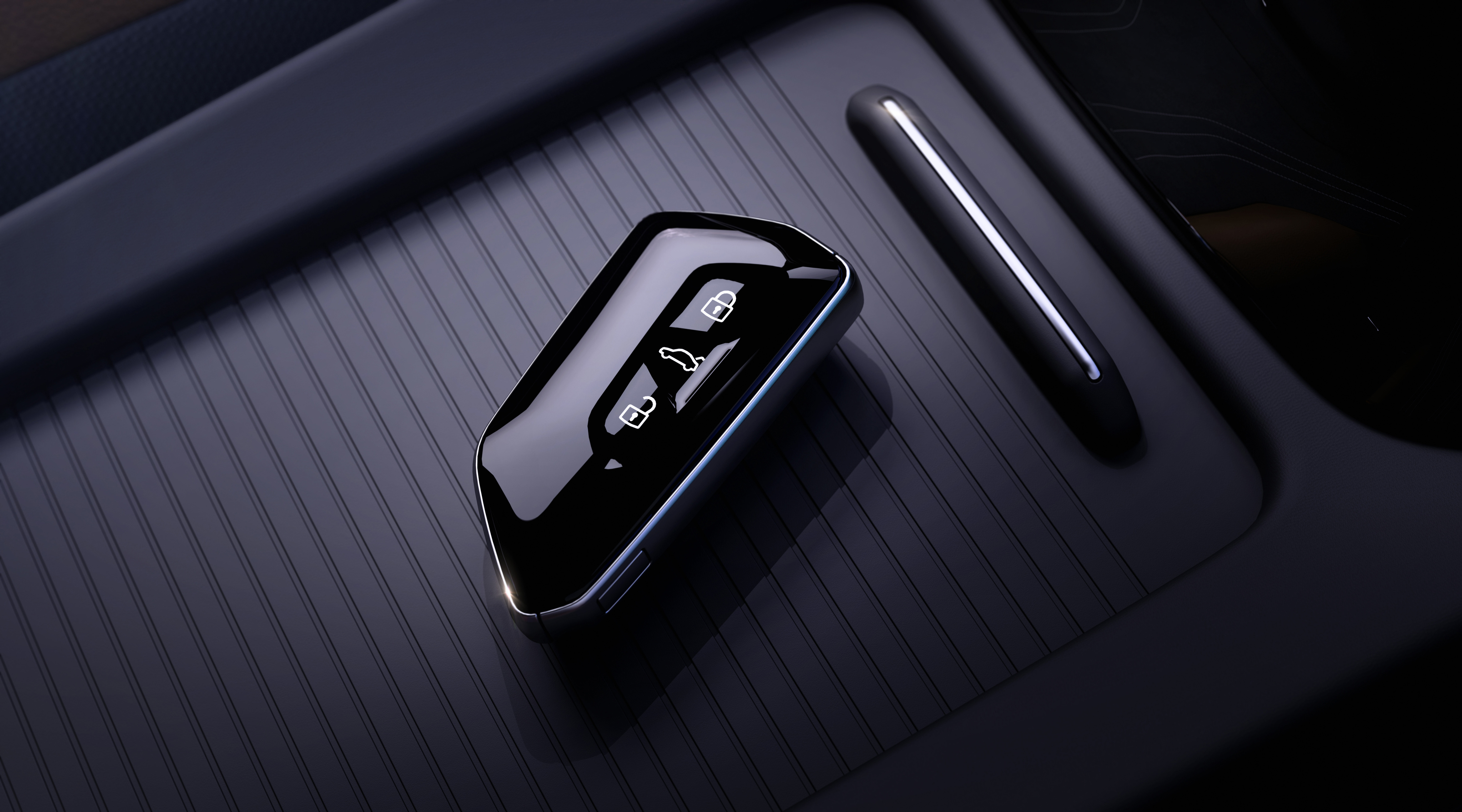 Volkswagen said the ID.4 will also come with an option for a panoramic sunroof and the two future ID.4 limited-edition models will be available with seat covers made from animal-free materials. These vegan seat materials are constructed of a combination of leatherette and ArtVelours, a microfibre material that consists of around 20% recycled PET bottles, according to the company.

Two factories in China will begin production of the ID.4 this year, Thomas Ulbrich, a VW Group board member responsible for e-mobility, said last month. The company’s factory in Chattanooga, Tennessee will start ID.4 production in 2022.