Streaming services have built-in kids’ profiles, so why not devices? Google today is responding to parents’ demand for a better way for their children to interact with technology with the launch of the new “Google Kids Space,” a dedicated kids mode on Android tablets which will aggregate apps, books and videos for kids to enjoy and learn from. The feature will launch first on the Lenovo Smart Tab M10 HD Gen 2, but Google aims to bring Kids Space to more devices in time.

The concept is somewhat similar to Amazon’s FreeTime, Amazon’s own well-built system for parental controls and access to approved and curated children’s apps and media. But in Google’s case, its new kids mode is building on top of the company’s earlier efforts focused on designing a safer, more controlled Android experience for families with children. 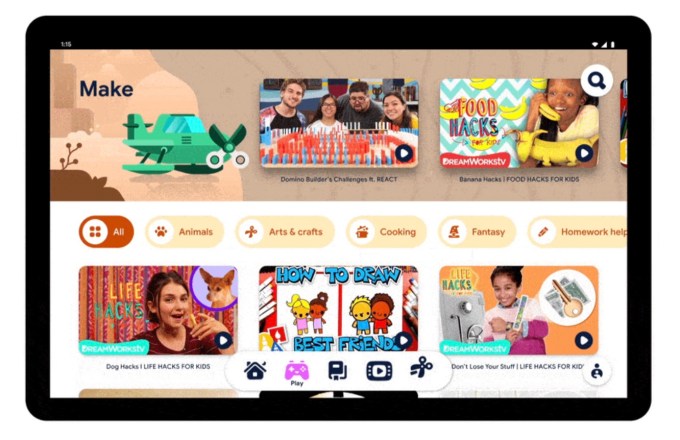 The new Kids Space leverages Google’s earlier work in evaluating Android apps for its “Play” tab, and has expanded its curation to now include other types of quality content. For example, Google worked with publishers to make popular children’s books free of charge in Kids Space, and at launch offers more than 400 free books in the “Read” tab for users in the U.S.

In the Kids Space “Watch” and “Make” tabs, Google is pulling in creative content from YouTube Kids that encourage off-screen activities. 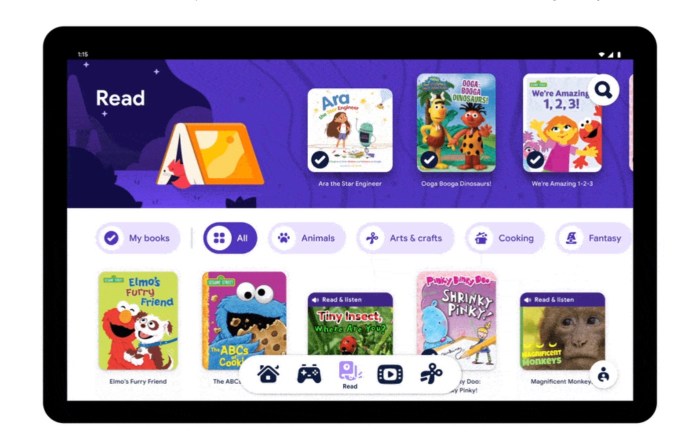 The feature is ultimately meant to be a selling point for Android devices and a way to lock families into the Google ecosystem. This differentiates it from Amazon’s FreeTime, which only partially has this aim. Amazon’s FreeTime is largely meant to be a subscription offering, and it’s one that works across platforms — including Amazon devices like Fire tablets and Echo smart speakers, but also on iOS and Android devices. Google’s Kids Space, meanwhile, is only designed for Android.

Google Kids Space is initially available on the Lenovo Tab M10 HD Gen 2. The company said it worked with Lenovo to ease the setup process for parents and to ensure that Kids Space is a pre-loaded feature. Google says it aims to bring Kids Mode to more Android tablets soon.