GM provided a glimpse Wednesday of not one, but two versions of the Chevrolet Bolt, the all-electric vehicle that first launched in 2017 with an aim at hitting the market before — and carving sales away from — the Tesla Model 3.

The all-electric hatchback, which came to market with 238 miles of range, had its followers. But it languished behind the Tesla Model 3 in recent years even as its range improved. Now, GM is preparing to bring to market next summer a refreshed version of the original Bolt EV as well as an extended crossover variant of the Bolt. Both vehicles will go into production in summer 2021, according to GM.

That leaves months of teasers ahead us, including the short clip below.

GM revealed a few details about the refreshed Bolt EV and new Bolt EUV — the automaker’s acronym — this spring during its EV day. Today, the company lifted the veil, just a skosh, to show off its profile.

It’s worth noting that the new Bolt EUV will come equipped with GM’s hands-free active driver assistance system Super Cruise, which uses a combination of lidar map data, high-precision GPS, cameras and radar sensors, as well as a driver attention system, which monitors the person behind the wheel to ensure they’re paying attention. 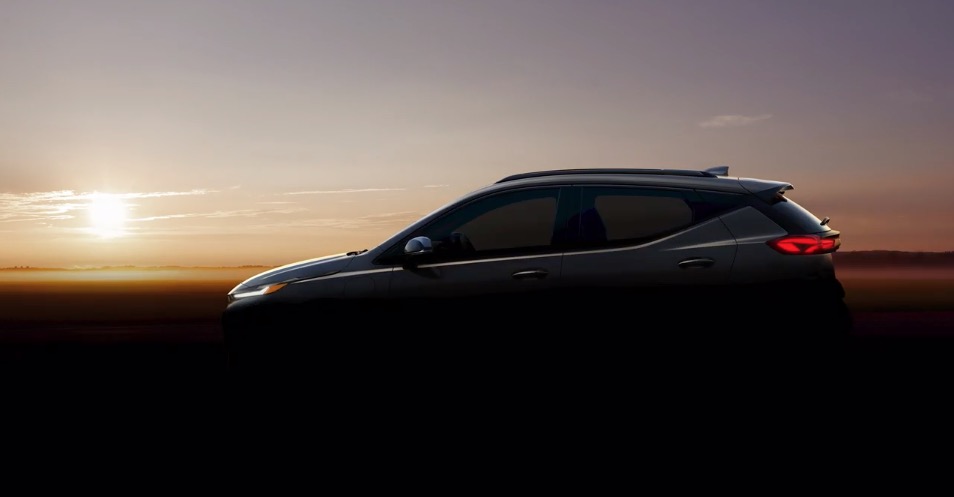 Super Cruise is considered one of the more capable on the market today, but it has been relegated to just a couple of Cadillac models. When GM launched Super Cruise in 2017, it was only available in one Cadillac model — the full-size CT6 sedan — and restricted to divided highways. GM has slowly rolled it out to other Cadillac models, and has said it would eventually make its way to other brands.