Smart frames as a gadget category might seem like they’ve already had and passed their moment in the sun, but Netgear’s Meural line, which originated with large connected smart canvases, has a new entrant that breathes new life into the concept. The Meural WiFi Photo Frame is a 15.6-inch connected smart frame, with the same anti-glare “TrueArt” display tech it uses in its Canvas line to present great-looking images that are as close as possible to print quality.

The Meural WiFi Photo Frame connects to Meural’s smartphone app, letting you send images to the display, as well as create galleries. Netgear has added a lot of functionality updates with the introduction of the new frame, including the ability to sync albums to Meural displays, meaning you can always have an up-to-date version of a favorite album on your phone on your Frame.

You can also schedule albums and playlists to change at specific times of day, and you can even send out invites to family members and friends to contribute to shared albums as well, so that you can automatically update the Frame at the grandparents with fresh photos of the kids, for instance. Also, all of these updated smart features can now be used with both the 21-inch and 27-inch Mural Canvas II smart displays, which is great news for existing device owners. 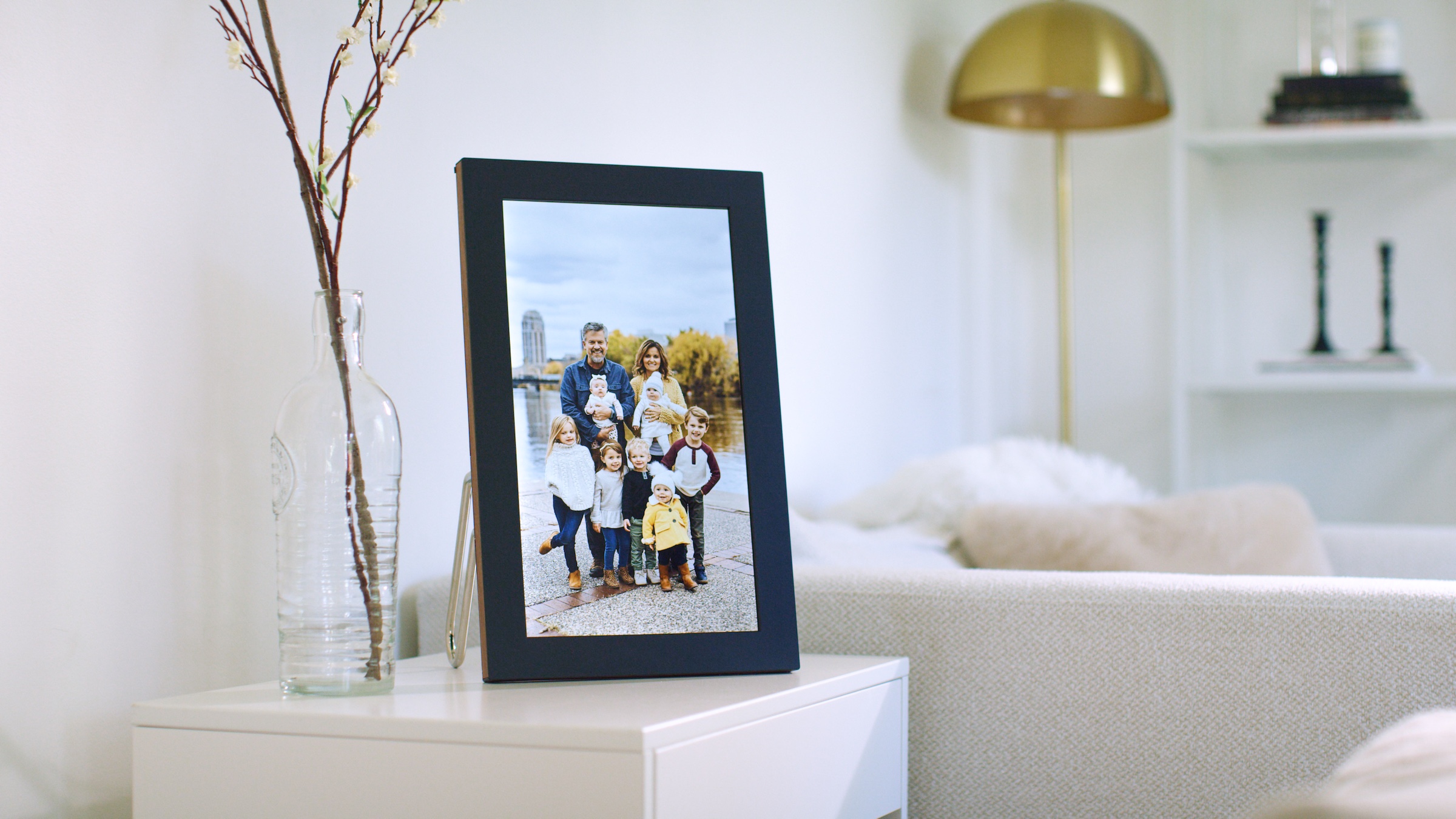 Also new for the Meural WiFi Photo Frame is support for both iOS Live Photos taken with an iPhone, as well as short videos lasting up to 15 seconds. Previously, Meural devices only supported still photos or animated GIFs.

The new Photo Frame includes ambient light sensors, as well as gesture control for seeing the details behind photos, and for navigating between pictures in slide shows. It has a built-in stand, which can be removed for wall-mounting, and it works in both portrait and landscape — and will automatically rotate to both and display only the types of photos in an album that match that orientation.

The device is available starting today, either direct from Netgear’s own online store or through select retail partners, priced at $299.95.