The COVID-19 pandemic is, understandably, proving to be a major driver for robotics and automation adoption. The already hot categories are proving to be even more appealing as companies look to technology amid the spread of a deadly and highly contagious virus.

Warehouses and fulfillment centers are, naturally, a big category for funding. Amazon, which has continued to operate as an essential service throughout the pandemic, has helped demonstrate the roles robots can play. It has also, unfortunately, provided some cautionary stories around transmission to human workers.

Fox Robotics is the latest startup to reap the benefits of the accelerated interest in the category. The Austin-based startup told TechCrunch this week that it has raised a $9 million Series A, led by Menlo Ventures. The latest round brings its total funding to date up to $13 million, with support from previous investors Eniac, Famiglia, SignalFire, Congruent, AME and Joe.

The company’s value proposition is pretty clear. Fox builds self-driving forklifts it says are capable of increasing workplace productivity up to two to three times. Fox joins a glut of companies currently looking to automate the workplace, but the company’s value proposition is in the manner of flexibility it’s able to provide over more fixed systems. Equally important, it’s much easier to integrate into existing warehouses. 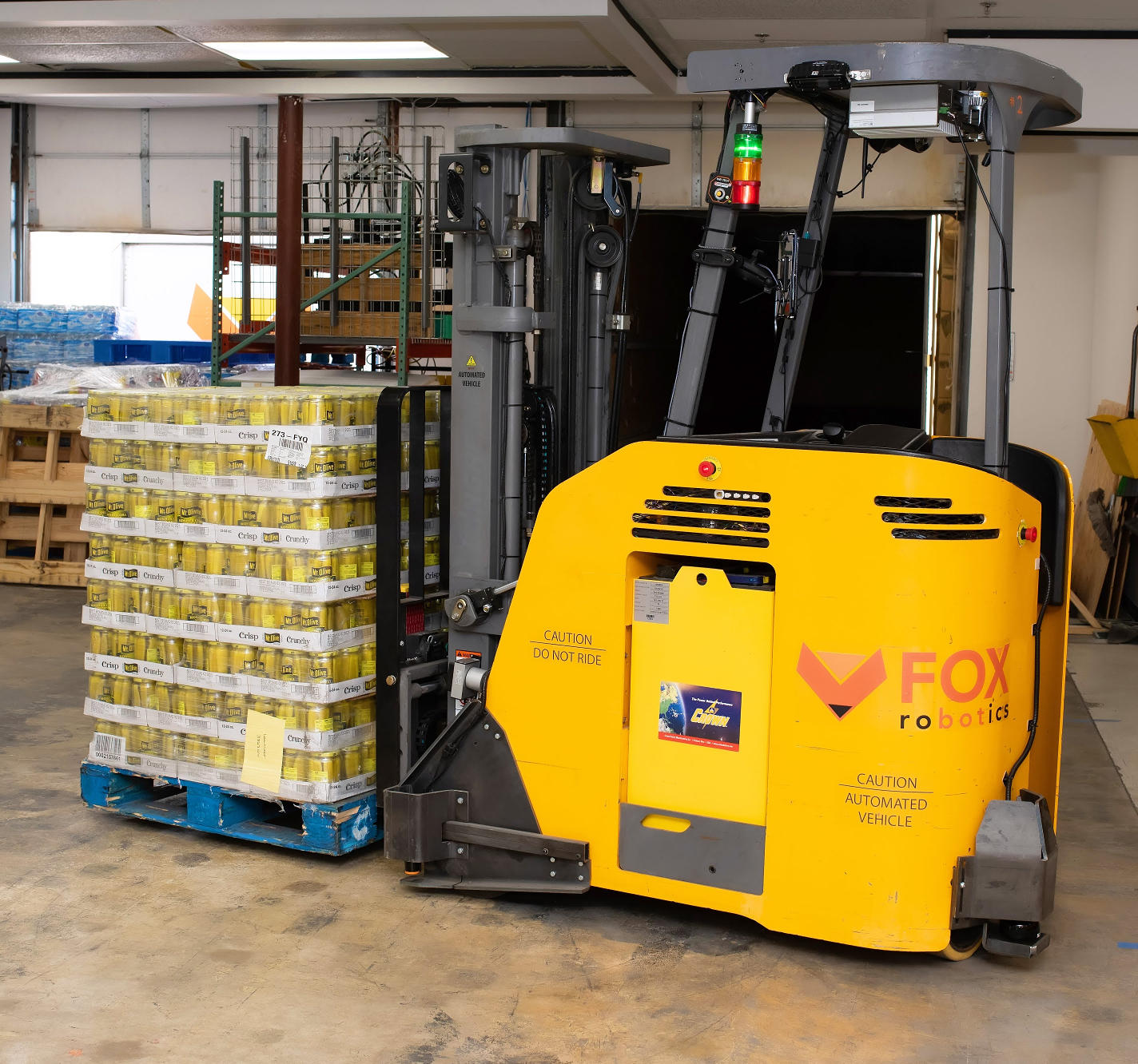 “The market demand for warehouse automation is huge and growing. The future of warehouse automation isn’t fixed conveyor systems that cost several hundred million dollars. It’s mobile robots that are low-cost, flexible and can be deployed incrementally and quickly,” CEO Charles DuHadway said in the announcement.

At the very least, I think there’s a value in a system that lets companies ease into automation, versus more complex systems like the ones offered by companies like Berkshire Grey. Those can be far pricier and resource intensive, making them intimidating for smaller companies and those only beginning to test the waters of automation for their back channels. Unlike some other solutions, it requires direct human supervision, though one employee is able to monitor multiple systems at once.

Fox says it has been working with some unnamed “large logistics companies” in pilot mode since last October. It says the funding will be used to ramp up production and meet current interest.