Hello and welcome back to The Station, a newsletter dedicated to all the present and future ways people and packages move from Point A to Point B.

Let’s just get this out of the way: Tesla shares are up. Way up. Tesla shares, which have risen 38% since the first trading day in August, closed at $2,049.98 on Friday. A year ago, Tesla shares were $222.15. I’m not going to weigh in on whether we’re witnessing a bubble or the beginning of another run up that will push shares into the stratosphere — I’ll leave that debate to those who are investing in Tesla stock.

I will mention one interesting phenomenon of late. Tesla fans and investors have always been a vocal bunch — and yes, so have the critics and those shorting the stock. The comments, emails and Twitter direct messages I have recently received have become indignant over my terrible crime of describing Tesla as an automaker. “Tesla is an energy company!” some yell; “Tesla is a technology company!” they howl. “Would you call Apple a phone company? No!” they argue.

For the past four years or so, Tesla has been asking investors to view it as an energy company instead of just an automaker. Some analysts think that the real value in Tesla’s business will be when it achieves some level of parity between the two sides of the shop. For now, energy storage and solar have remained in Tesla’s automotive shadow.

Companies absolutely evolve; take the transformation of Amazon, for instance. Tesla has a mission to sell more than vehicles — and the technology contained in them. But can we really call them an energy company yet? Send me your best arguments.

Email me anytime at kirsten.korosec@techcrunch.com to share thoughts and criticisms, or offer up opinions or tips. You also can send a direct message to me at Twitter — @kirstenkorosec.

In other random Tesla-related news: Radio Flyer now has a tyke-sized version of the Model Y.

California is certainly not the only market for shared micromobility. It is one of the most important markets, however. And right now, a coalition of micromobility companies, advocacy groups and bike-share operators are warning that this entire market is facing an existential threat.

Their concern is with Assembly Bill 1286, which passed that legislative body way back in the pre-COVID times of May 2019. The bill moved over to committee within the Senate but languished. There it sat until last week, when it popped up and passed a committee vote, an action that will send it to the full Senate.

This coalition is concerned that the bill will zip through the Senate before the state legislature adjourns August 31 for the year. The coalition includes Bird, Bicycle Transit Systems,CalAsian Chamber of Commerce, Circulate San Diego, Lime, Lyft, Razor, Santa Monica Spoke, Silicon Valley Leadership Group, Spin, Streets For All, TechNet, Uber and Wheels. The group sent a letter August 20 to Senate leadership laying out its concerns with language in the bill. TechCrunch has viewed the letter, in which the coalition argues that AB 1286 “threatens the existence of shared micromobility in California.”

Their biggest issue is with this line within the bill:

The shared mobility provider agreement between the provider and a user shall not contain a provision by which the user waives, releases, or in any way limits their legal rights or remedies under the agreement.

The coalition argues that these agreements are “found in nearly every user agreement in California across every industry, because they clearly define the parameters of liability and methods for resolution between consumers and companies — including protecting companies from liability for
incidents caused by no fault of their own.”

The coalition has also argued that statute and case law already covers protections for consumers.

The coalition has problems with other sections of the bill, including language around insurance coverage. The bill would require shared mobility service providers to: “hold commercial general liability insurance coverage with a carrier doing business in California, with limits not less than one million dollars ($1,000,000) for each occurrence for bodily injury or property damage, including contractual liability, personal injury, and product liability and completed operations, and not less than five million dollars ($5,000,000) aggregate for all occurrences during the policy period.”

The California Bicycle Coalition said in a separate letter sent to the Senate that these insurance requirements are double what is required in most comparable contracts and will drive up costs for providers and public operators.

The insurance requirement is particularly sticky because without the ability to have users sign a waiver it will be difficult, if not impossible, for companies to convince insurers to provide coverage.

Keep an eye on this bill in the coming weeks.

SPACs … sigh. Anyone getting tired of these yet? Not me! This week, yet another electric vehicle startup hooked up with a special acquisition company, or SPAC, to make the leap to the public markets.

Los Angeles-based electric vehicle startup Canoo announced it struck a deal to merge with Hennessy Capital Acquisition Corp., with a market valuation of $2.4 billion. This is the fourth time this summer that an electric vehicle company has skipped the traditional IPO path and instead taken the company public through a merger agreement with a SPAC.

Nikola Corp., Fisker Inc. and Lordstown Motors have also gone public — or announced the agreement to — via a SPAC, which are also known as blank check companies.

Canoo said it was able to raise $300 million in private investment in public equity, or PIPE, including investments from funds and accounts managed by BlackRock. Canoo said it will have about $600 million that will go toward the production and launch of electric vehicles built off of its underlying skateboard technology. 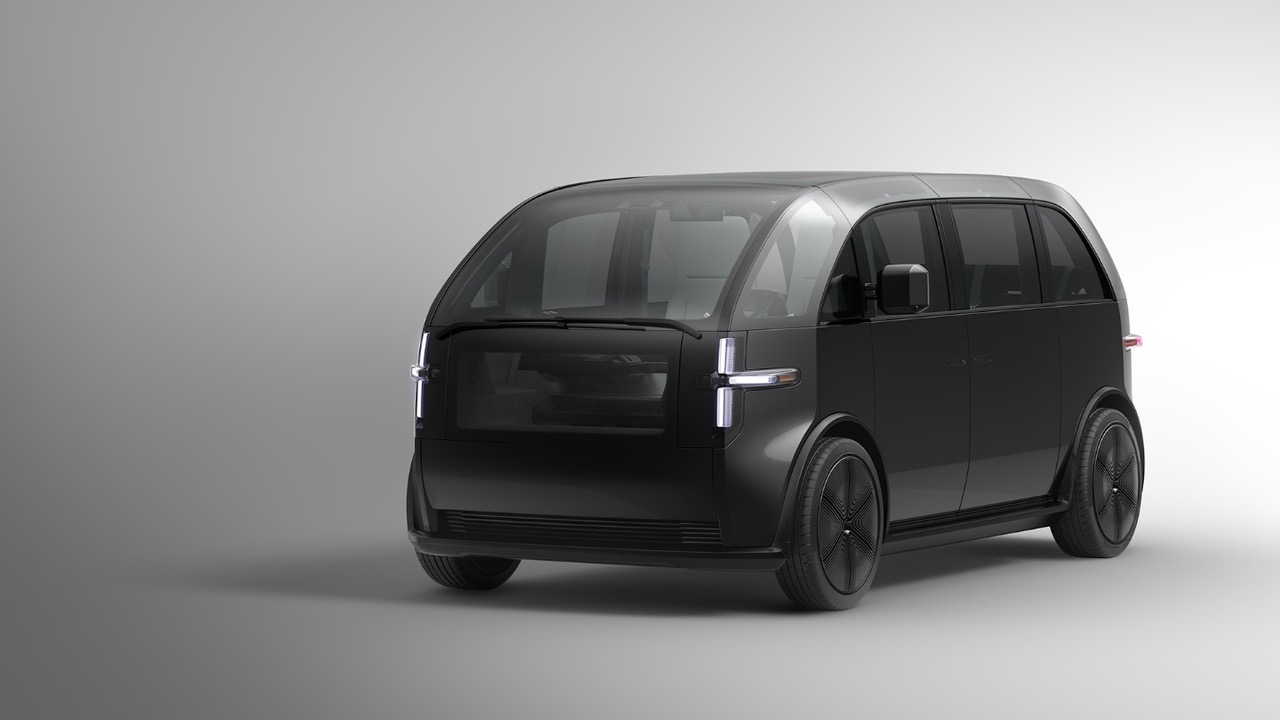 A word about that “skateboard technology.” Canoo developed skateboard architecture that houses the batteries and the electric drivetrain in a chassis underneath the vehicle’s cabin. The company, which was formerly called Evelozcity when it was founded in 2017, plans to offer its first microbus-type vehicle as a subscription. These vehicles were expected to appear on the road by 2021. However, that timeline appears to have slipped to 2022, according to information shared alongside the announcement.

Hyundai is also interested in this underlying architecture. The Korean automaker announced in February plans to jointly develop an electric vehicle platform with Canoo, based on the startup’s proprietary skateboard design.

Other deals that caught my eye …

Drizly Group, which operates an alcohol delivery service, raised $50 million in a Series C funding round led by New York-based investment firm Avenir with participation by Tiger Global and other existing investors. The funding will be used to support Drizly as well as Lantern, another independently operated company within the group that launched in March and is focused on online cannabis commerce.

Xos Trucks, the commercial electric vehicle startup formerly known as Thor Trucks, has raised $20 million from a group of investors including Proeza Ventures, a mobility-focused VC firm backed by Metalsa’s holding company, and BUILD Capital Group. Xos also gained a few new board members along with the capital. Rodolfo Elias Dieck of Proeza Ventures and Mark Lampert, a former Daimler executive who is now at BUILD Capital, have joined the board. Xos has beefed up its executive ranks as well, including hiring Kingsley Afemikhe as its CFO and Rob Ferber, employee number one and science director at Tesla, as its CTO.

Earlier this month, California Superior Court Judge Ethan Schulman issued a preliminary injunction that ordered Uber and Lyft to reclassify their drivers as employees by August 20. Welp, it’s now August 22. Let’s get y’all caught up on what went down.

In the 11th-hour and after Lyft and Uber said they would have to shut down their ride-hailing services if forced to comply, an appeals court judge granted the two companies a temporary stay.

This saga isn’t over. Consider this the climactic moment at the end of the first act. Now, go grab your drink and some popcorn.

Two story lines — legal and political — will unfold from here.

The court will review Uber and Lyft’s appeal to overturn an earlier ruling that would force the companies to reclassify its drivers as employees. Oral arguments in the case are set for October 13. Uber and Lyft have to file written statements by August 25 agreeing to an expedited appeals process, which will keep that temporary stay intact until the matter is resolved.

As they make their arguments to the court, the companies will also turn to voters. Uber and Lyft are pushing for the passage of Prop 22, a ballot measure that would keep drivers classified as independent contractors. Expect Lyft and Uber to ramp up their politicking efforts in the weeks leading up to Election Day.

Here are a few other items worth noting.

Lucid Motors released more details about the all-electric Air, begging the question, “will there be anything left to talk about at the September 9 reveal?” This time the company said the Air sedan will have fast-charging capability that will let owners add 300 miles of range to the battery in 20 minutes and a home-charging unit that will allow owners to send energy from their car to their home. The vehicle will also have bi-directional charging that will be capable of sending energy from the car to the owner’s home.

Nio is offering a new battery-as-a-service program in China, per CNET’s Roadshow.

SAIC-GM-Wuling Automobile is having some luck with its latest full-electric vehicle model, an inexpensive, four-seat Wuling sedan. Automotive News reported that sales topped 15,000 in the first 20 days after hitting showrooms July 24.

The Verge dug into Tulsa’s strategy to woo Tesla to build its factory there. In short: memes!

Volkswagen has started series production of the ID.4, an all-electric SUV and the first under the automaker’s new ID label to be headed to the United States. The world premiere of the vehicle will be in September.

Yandex, the Russian search engine giant that is also developing automated vehicle tech, has launched an app called Yandex GO that allows users to hail a taxi, use car-sharing, make trips with a personal driver, order restaurant or grocery delivery and send packages and cargo — all within the same app. Yandex tells me the new app will also integrate schedules and routes of above-ground transport and should be considered a step toward the next big goal of providing dwellers with the fastest routes to move around the city. Someday these routes might even include robotaxis, the company told me in an email.

Zoox is entangled in a lawsuit from two shareholders who allege that a rival bid would have been better for common stockholders than a $1.3 billion offer from Amazon.com announced in June. The lawsuit in the Delaware Court of Chancery alleges that the Amazon deal created disproportionate rewards for executives and investors holding preferred shares at the expense of common stockholders, Reuters reported.