The United States is currently in the middle of an affordable housing crisis that’s putting the nation’s most economically insecure citizens at risk of becoming homeless even as a pandemic continues to spread across the country.

But one Atlanta startup called PadSplit is using the same model that Airbnb created (which ultimately drove up rental and housing prices across the country) to bring down costs for subsidized housing and provide relief for some of the people most at risk.

Twelve years after the last housing crisis in the United States caused a global economic meltdown, the U.S. is once again on the brink of another real estate-related economic disaster.

This time, it’s not speculators and investors that will carry the weight of the coming collapse, but low-income renters faced with still sky-high housing costs and no income thanks to historic unemployment caused by the nation’s COVID-19 epidemic, as Vox reported.

Before COVID-19 swept across the world, half of U.S. renters were spending roughly 30% of their income on apartments and homes. One-fifth of the population actually spent over half of their income on rent, and now, with roughly 10% of the country unemployed, that population faces eviction and the prospect of homelessness.

One-third of American families failed to make rent in June, and by September more than 20 million renters could be evicted by landlords.

Can an Airbnb model provide relief?

To solve the problem of housing insecurity, PadSplit borrows a page from the Airbnb playbook by creating a marketplace where homeowners can list rooms for rent for long-term stays.

Each room comes furnished with Wi-Fi and includes access to laundry facilities. And the company provides access to free telemedicine services and reports weekly payments to credit agencies so renters can build their credit scores.

Currently, the company manages 1,000 units in the Atlanta area and has expanded its presence into Maryland. The company’s renters include teachers, grocery store employees, restaurant workers — all people whose services are considered essential during the COVID-19 epidemic. “Forty percent of our population has been functionally homeless,” said company founder, Atticus LeBlanc. “The average income [for our renters] is $25,000 per year.”

The average age of an occupant in a PadSplit room is 39, but renters have been as young as 19 or as old as 77, according to the company.

A quick scan of PadSplit rates in the Atlanta area shows rents of roughly $140 to $250 per week for rooms in existing homes. “We are focused on longer-term stays for lower income,” said LeBlanc.

The company screens tenants and landlords, including criminal background checks and employment verification. “We sit between a hotel provider and a longer-term apartment,” said Leblanc. “Where we need to both be an immediate housing provider for people who are in difficult situations while also underwriting that [person].” Owners looking to rent on PadSplit also need to prove that they haven’t been convicted of a felony within the last seven years. 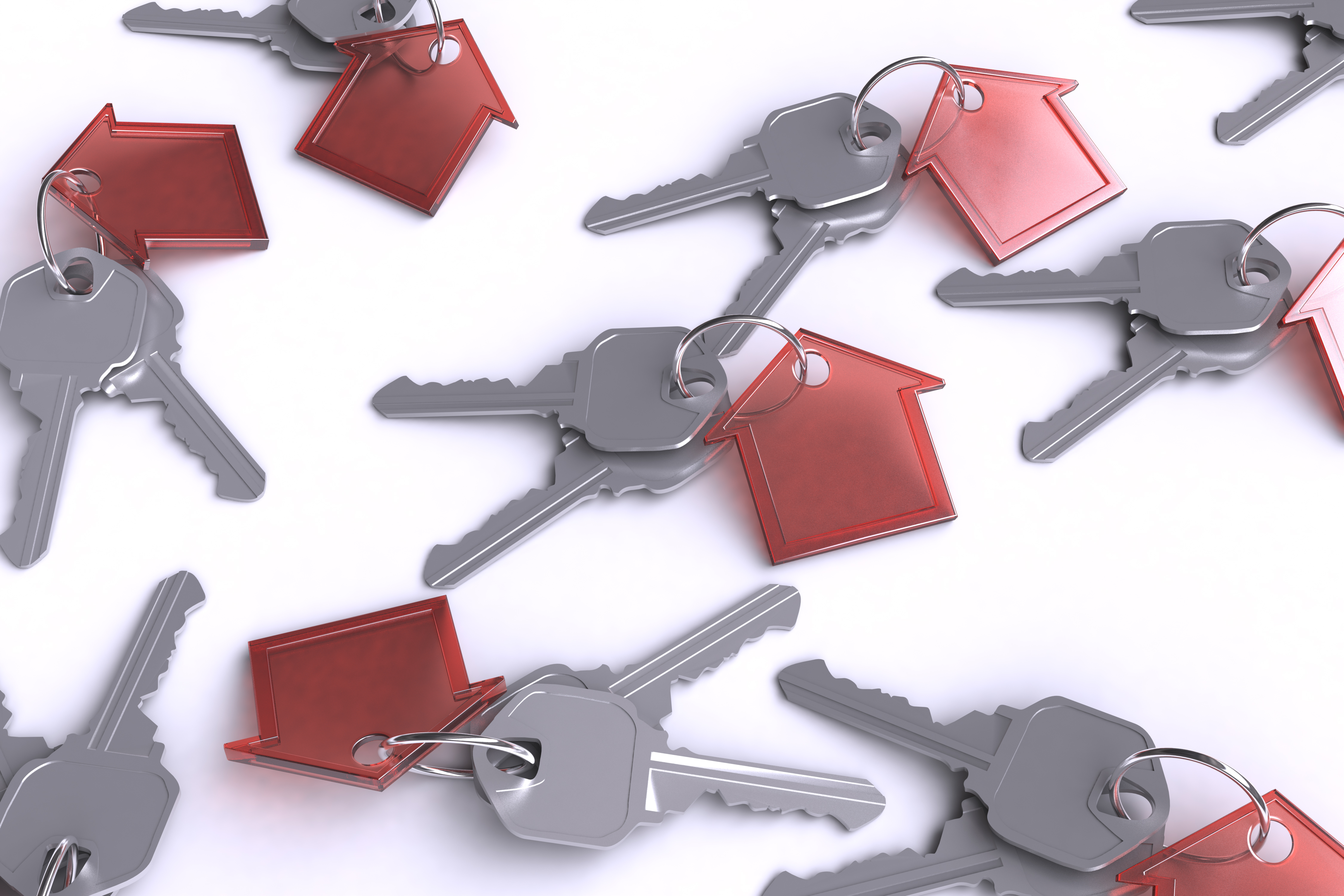 LeBlanc, a New Orleans native turned Atlanta entrepreneur was named for Atticus Finch, the fictional lawyer whose fight for social justice in “To Kill a Mockingbird” is a staple of schoolroom lit assignments, and a model for white liberal southern gentry.

“My mother… said she wanted to give me someone to live up to,” says LeBlanc.

With a degree in architecture from Yale University, LeBlanc has run a real estate development and construction business in Atlanta for over 12 years. He launched PadSplit in 2017 after writing up the idea for the business in response to a competition from the Atlanta housing nonprofit House ATL and the nonprofit Enterprise Community Partners.

LeBlanc’s plan was selected as one of the finalists and he received a small grant from the organization and the JPMorgan Chase foundation to pursue the business.

With the help of John O’Bryan, a serial entrepreneur who had built businesses in the vacation rental industry, LeBlanc built up the marketplace that would become PadSplit, starting first in Atlanta and moving out to surrounding suburbs and into Maryland. LeBlanc later brought in Frank Furman, a Naval Academy graduate, U.S. Marine Corps veteran and former McKinsey consultant, to help grow the business.

“PadSplit provides a truly unique solution to a complicated national problem that’s becoming more dire each day,” said Arjan Schütte, founder and managing partner of Core Innovation Capital, in a statement. “We’re proud to support Atticus and the PadSplit team as they expand into new markets and introduce critical housing supply at a time when so many require affordable housing.”

According to LeBlanc, affordable housing is built around two things. One is the subsidy owners receive from the federal government and the second is a percentage of the cost of rentals. To convince owners that being in the affordable housing market was a good idea, LeBlanc just proved to them that they could get higher risk-adjusted returns versus other long-term rentals.

So far, that’s been proven out, he says. Through its model of fixed costs and weekly rent payments, PadSplit occupants have been able to save roughly $516 per month, according to data supplied by the company. Lowering rent has also allowed tenants to build credit, move into their own apartments and buy vehicles — or even, in some cases, houses of their own.

The company estimates it has also saved taxpayers over $203 million in subsidies by eliminating the need to build subsidized housing units. Property owners have also benefited, the company said, increasing revenues on properties by more than 60%.

And LeBlanc isn’t just the founder of PadSplit, he’s also a customer. “I rent a room downstairs in my personal home,” he said.

Ultimately, LeBlanc sees housing stability and a path to home ownership as one of the key tenets of economic equality in the United States.

“Every zoning law in America was based on a system that had no racial equity. We’re still battling those vestiges that exist in almost every jurisdiction,” he says.

And for LeBlanc the problem goes back to nearly 100 years. “If you acknowledge that racial inequality led to income stratification where it was impossible for returning Black GIs to get access to the same wealth-building opportunities that white returning GIs had… it’s no surprise that you have lower incomes by a substantial margin for African Americans as you do for whites.”

LeBlanc sees his business providing an additional revenue stream for the owners who rent properties, and an on-ramp to the financial system for people who are at risk or historically disenfranchised.

“We wanted to create a value proposition that is valuable to anyone in the housing space,” said LeBlanc.