Before the coronavirus made edtech more relevant, companies in the sector were historically likely to see slow, low exits. Despite successful IPOs by 2U, Chegg and Instructure in the United States, public markets are not crowded with edtech companies.

Some of the largest exits in the space include LinkedIn’s scoop of Lynda for a $1.5 billion in cash and stock and TPG’s purchase of Ellucian for $3.5 billion.

But both of those deals happened in 2015. Five years later, edtech is cooler and surging — but is it seeing exits? Are Lynda and Ellucian one-off success stories?

2U’s co-founder and CEO, Chip Paucek, said he is optimistic.

“We are a rare edtech IPO,” he told TechCrunch last week. “For a long time in edtech it was either ‘sell to Pearson or not.’”

Despite the sector’s slow past, Paucek said now is a good time to start an edtech company because the sector “is finally starting to hit its stride” with more back-end infrastructure and demand for online education.

This morning, let’s use some data to paint a picture of the landscape of edtech exits and bring some balance to this stodgy stereotype.

There have been approximately 225 acquisitions in edtech between 2003 and 2018, according to Crunchbase data. RS Components sent me a graph in March to contextualize this timeframe a bit more: 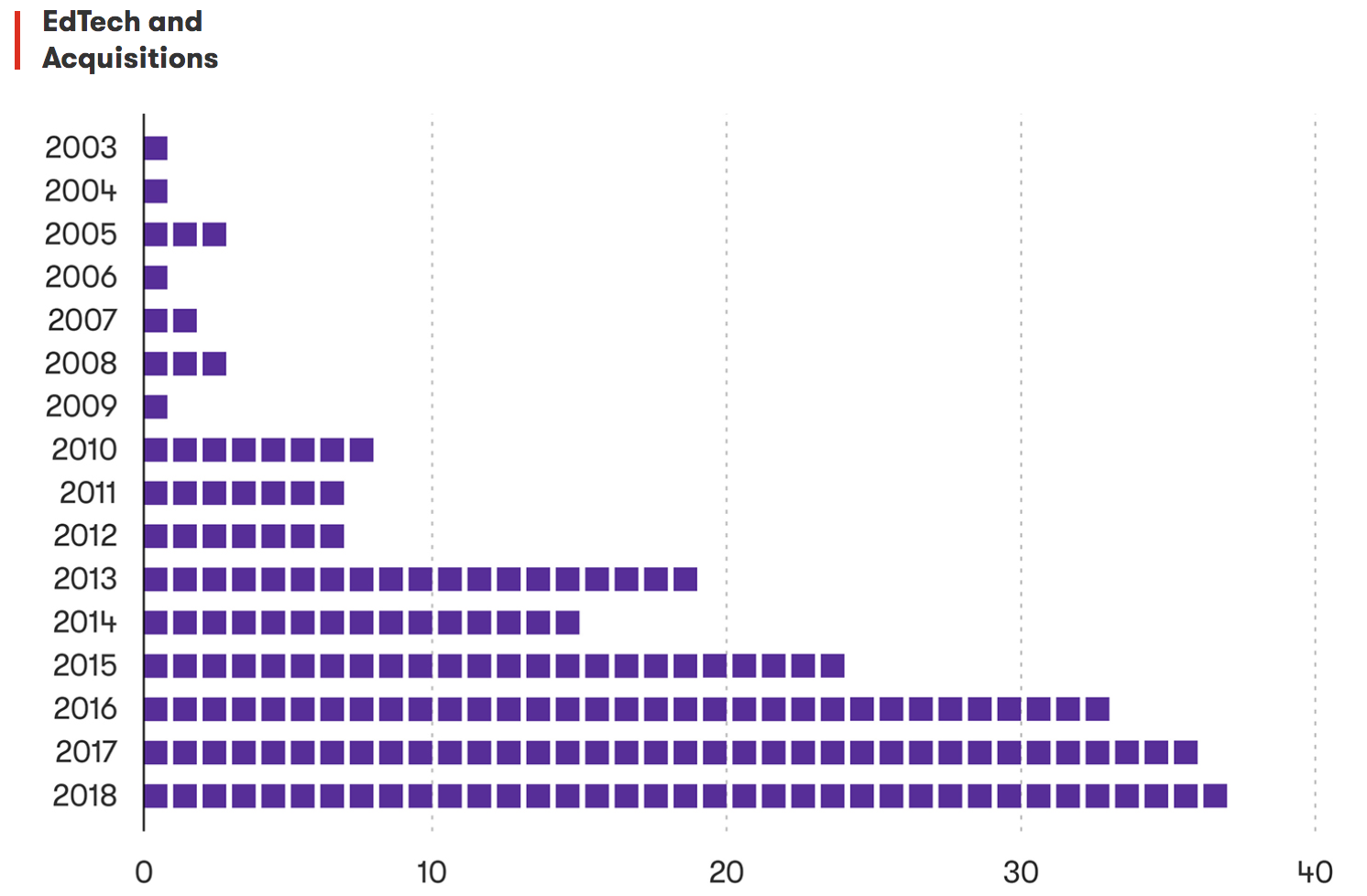