A lot of studies and discussion of social media use time spent on the platforms as evidence for various theories and conclusions — but it turns out that people are actually super bad at telling how long they spend on them, according to research from Facebook.

If you were conducting a study that was looking at how social media use potentially affected or was affected by mood, for instance, you would likely rely on self-reported statistics for both measures.

There’s no objective way to measure mood, of course, so you have to rely on what the participant says. And one would think that those people would have a pretty decent grasp on how long they spent scrolling through Facebook, Instagram or Twitter. Not so much!

Everyone understands that these self-reported numbers will have error, and some studies have demonstrated it, but this meta-study from Facebook, comparing self-reporting with actual server logs, shows that the connection is possibly not reliable enough to use for serious scientific work.

Responses to some questions, when compared to internal data, showed that people overestimated their time on site by hours on average. But they also underestimated the number of times they opened the app or site. Take a look at this exciting chart: 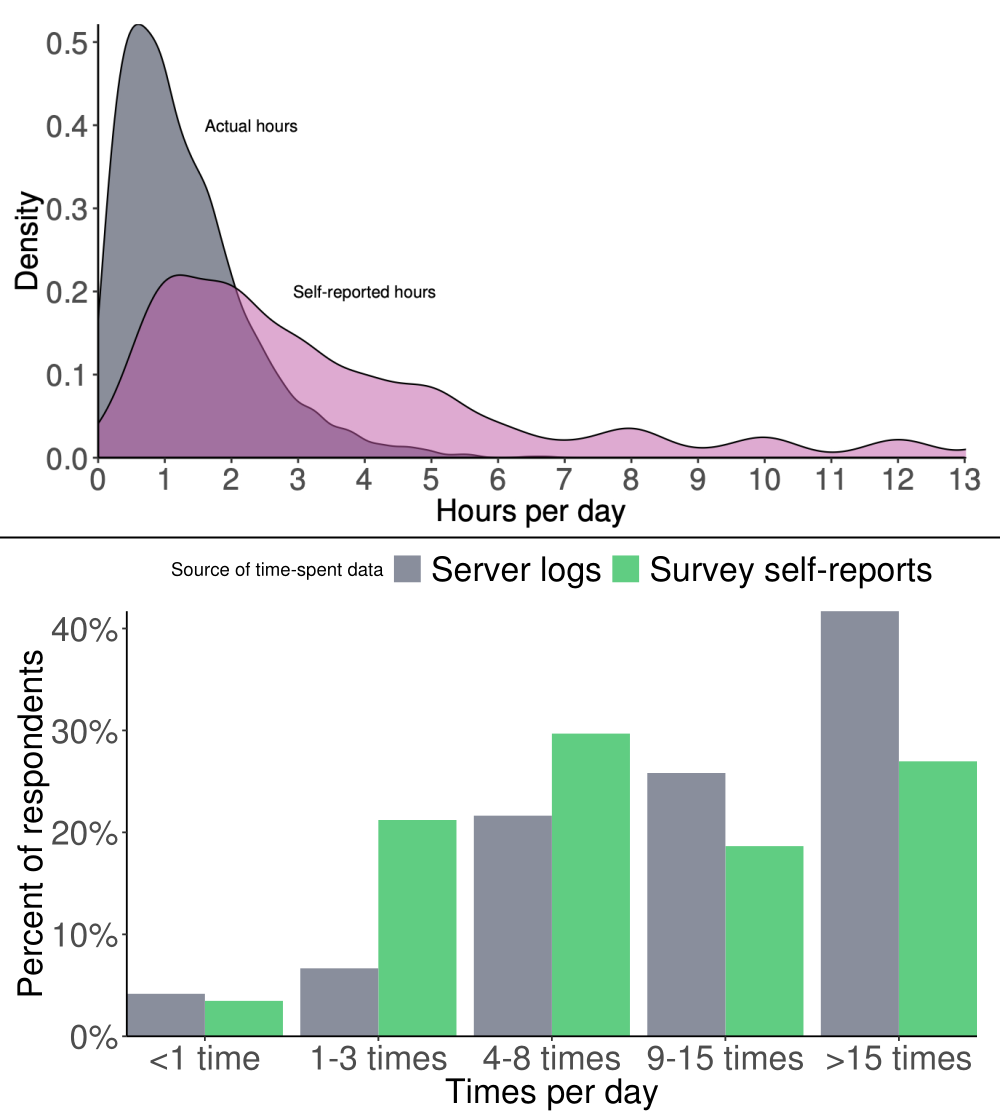 As you can see, despite what they thought, very few people actually spent more than three hours on the site per day, with the vast majority spending about one. And the opposite was true of logins: Comparably few people thought they opened the app 10 times a day or more, yet that was extremely common. Younger people especially were prone to error, which, given that these studies tend to have more of that demographic, only emphasizes the problem.

None of this is to say that Facebook is not a site people spend a lot of — perhaps too much — time on, even by their own estimate. But it’s important for studies of these phenomena to be based on reliable data, and it seems that self-reported data isn’t that.

As Facebook says: “We suggest that researchers not use these values directly but rather interpret people’s self-reported time spent as a noisy estimate of where they fall on a distribution relative to other respondents.”

You can read the full paper describing Facebook’s research here.