Samsung makes good smartwatches. The fact tends to get lost in discussions about a category that’s traditionally been so dominated by a single player. Things have shifted a bit of late, globally. Apple’s market share has slipped somewhat and Huawei and Samsung have been there to pick up some of the pieces.

Here in the States, Huawei is less of a player for reasons that should be painfully obvious. Google’s Wear OS is — for now at least — a non-starter. Acquisition target Fitbit has made a dent with its solid smartwatches, though it’s not quite a juggernaut. Same goes for Garmin, which does well, but commands a relatively small niche. For those looking for Android compatibility — or just an Apple alternative, generally — Samsung continues to be your best shot.

The company has long approached its wearables with a similar philosophy to the one that governs its smartwatches: lots of options, plenty of features and a big, flashy footprint. For my money, however, the top-line feature on the Galaxy Watch 3 is the return of the rotating bezel. The company recently abandoned it for its Active line, attempting to convince us that a haptic approximation was just as good. It wasn’t.

The bezel is back for Samsung’s Galaxy Watch 3

The ability to toggle between screens by spinning the border of the display has long been the Gear line’s most distinguishing characteristic — and the best smartwatch input by far. The Apple Watch crown isn’t even close. It was an odd choice for Samsung to drop it, even for a splinter line of watches. It’s back, thankfully, made from the same stainless steel casing as the rest of the watch body and sporting a perforated ridge for a better grip. There’s something satisfying in the ability to smoothly spin between screens.

The bezel is a bit thinner this time out, matching an overall reduction in case size. All told, the 3 is 14% thinner, 8% smaller and 15% lighter than the original Galaxy Watch. The 45mm model is still large, compared to other smartwatches, but this goes a ways toward addressing what’s long been one of my chief complaints with the line. Ditto for the availability of a 41mm version. Past Galaxy Watches have felt needlessly bulky — an issue with a device intended to wear on one’s person all day and night. 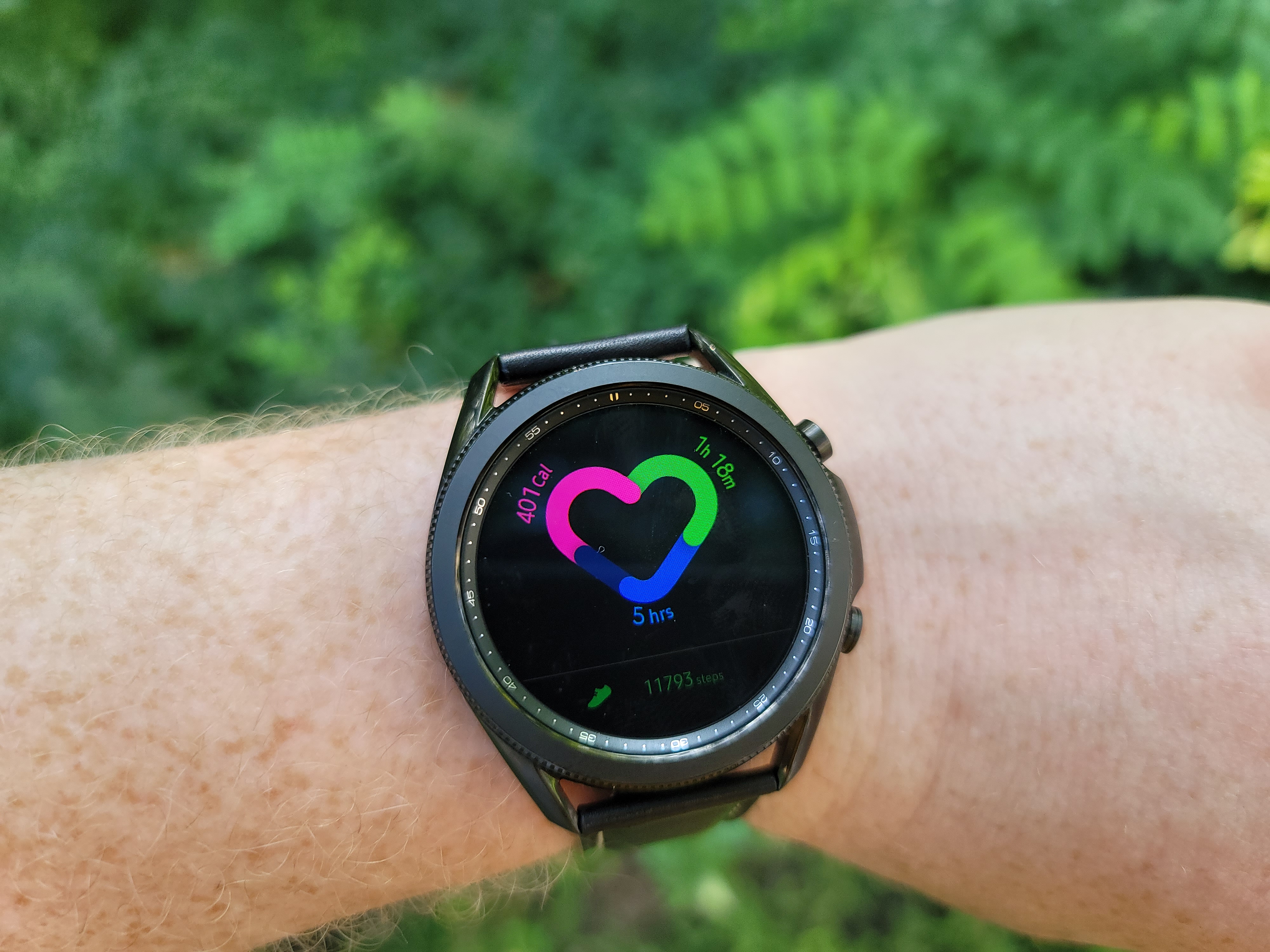 The watch is still a bit big for my personal tastes, but outside of the Active line, this is definitely the most comfortable Samsung watch in some time. The metallic casing also has a fairly timeless design, as far as smartwatches go, maintaining a sporty look that’s been a standard of the line for a few generations now. I tend to prefer something a bit more minimalistic. For me, the S2 was and continues to be the pinnacle of design language for the line, but I recognize that plenty of people prefer something a bit more…complex.

The screen measures 1.4 inches on the 45mm and 1.2 inches on the 41mm — a touch smaller than the 1.65/1.5 inches found on the Apple Watch. Though, obviously the round design also offers up a different form factor. The screen is nice and clear and reads pretty well in daylight, thanks in part to the ambient light sensor. The model ships with a nice leather band, and thanks to its standardized fit, can be swapped out with an essentially infinite list of different third-party bands.

Tizen has always seemed like an odd choice, but Samsung’s very much made the operating system its own here, as Google has struggled for wider adoption with its own wearable OS. The watch’s app selection continues to lag Apple, including some bigger-name developers. There are some important partners here — most notably Spotify. With Apple making major plays on both the watch and streaming front, the partnership makes a lot of sense for both parties. Among other key features is the ability to download playlists directly to the device, so you can leave the phone at home for a workout, if you’re so inclined.

And what the Galaxy Store lacks in apps, it more than makes up for in watch faces, with more than 80,000 currently available. There are also some 40 different modular complications. You can also create custom faces by taking an image of real world patterns.

Battery life is decent, as long as you turn off the always-on display. By doing so, I was able to get a couple of hours short of two full days of life. That’s not exceptional, but it should help you take advantage of the sleep tracking a few days a week, assuming you’re comfortable falling asleep with a sizable watch on your wrist. That admittedly takes some getting used to. With always-on enabled, you can expect to get about half that total. 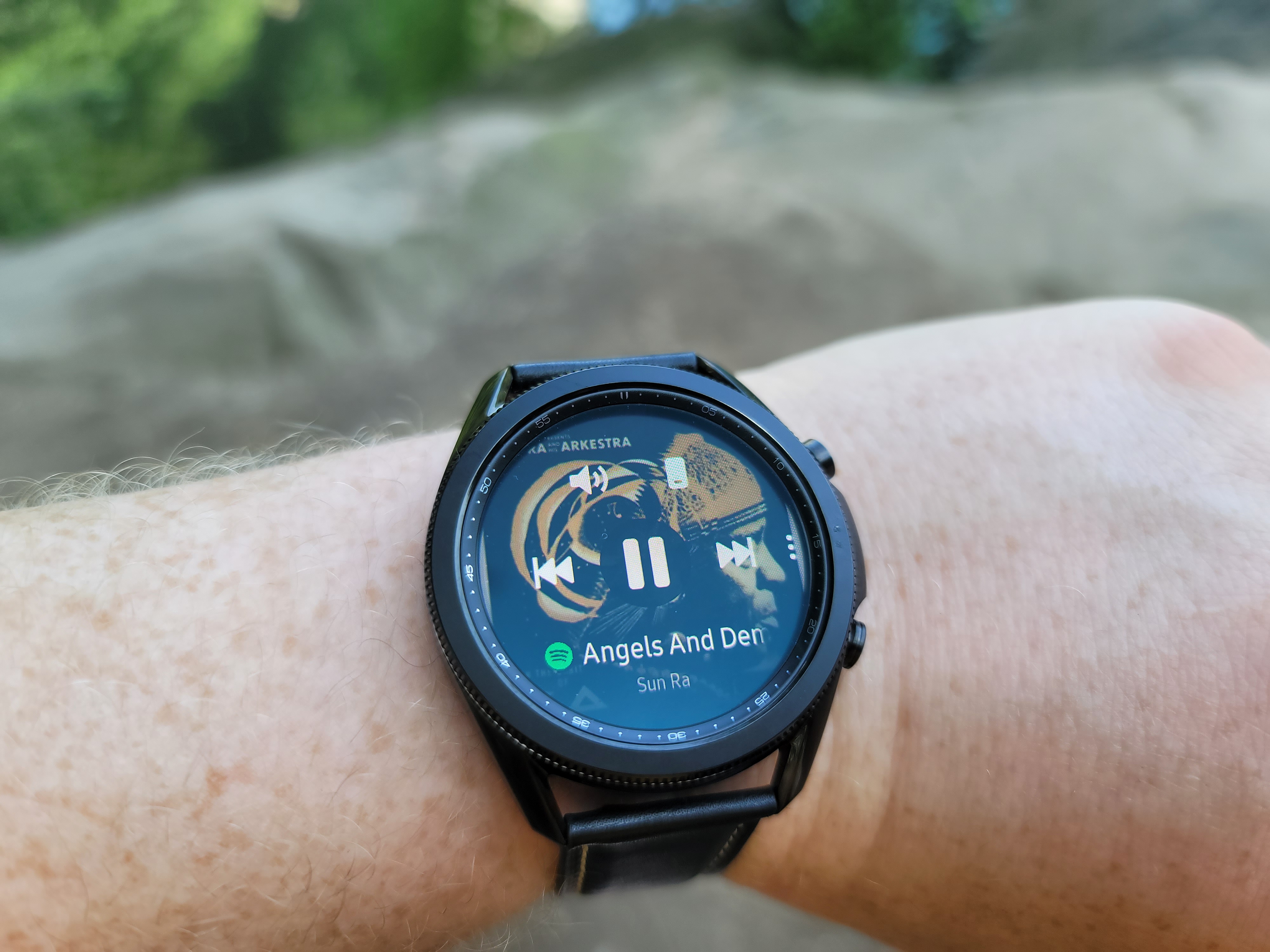 The watch does a good job autodetecting select workouts. Running analysis goes a bit deeper, adding to a feature introduced with the Active 2. After a run is complete, it breaks down the specifics of your run mechanics (as best it can as a wrist-worn monitor) in an attempt to help reduce running-related injury. As a current former runner, I can attest to the fact that poor form is a really good way to injure yourself.

As Apple is finally getting serious about sleep tracking on its watch, Samsung is smoothing out its own experience. The watch breaks down light, deep and REM sleep, offering up a score for the night. I found myself getting scores in the 40s — not great, given that people in my age range apparently score around a 70. Samsung also offers up features like mindfulness and stress management to get that under control. Personally, I think getting better sleep on my end is going to take a “not constantly thinking about COVID” feature. 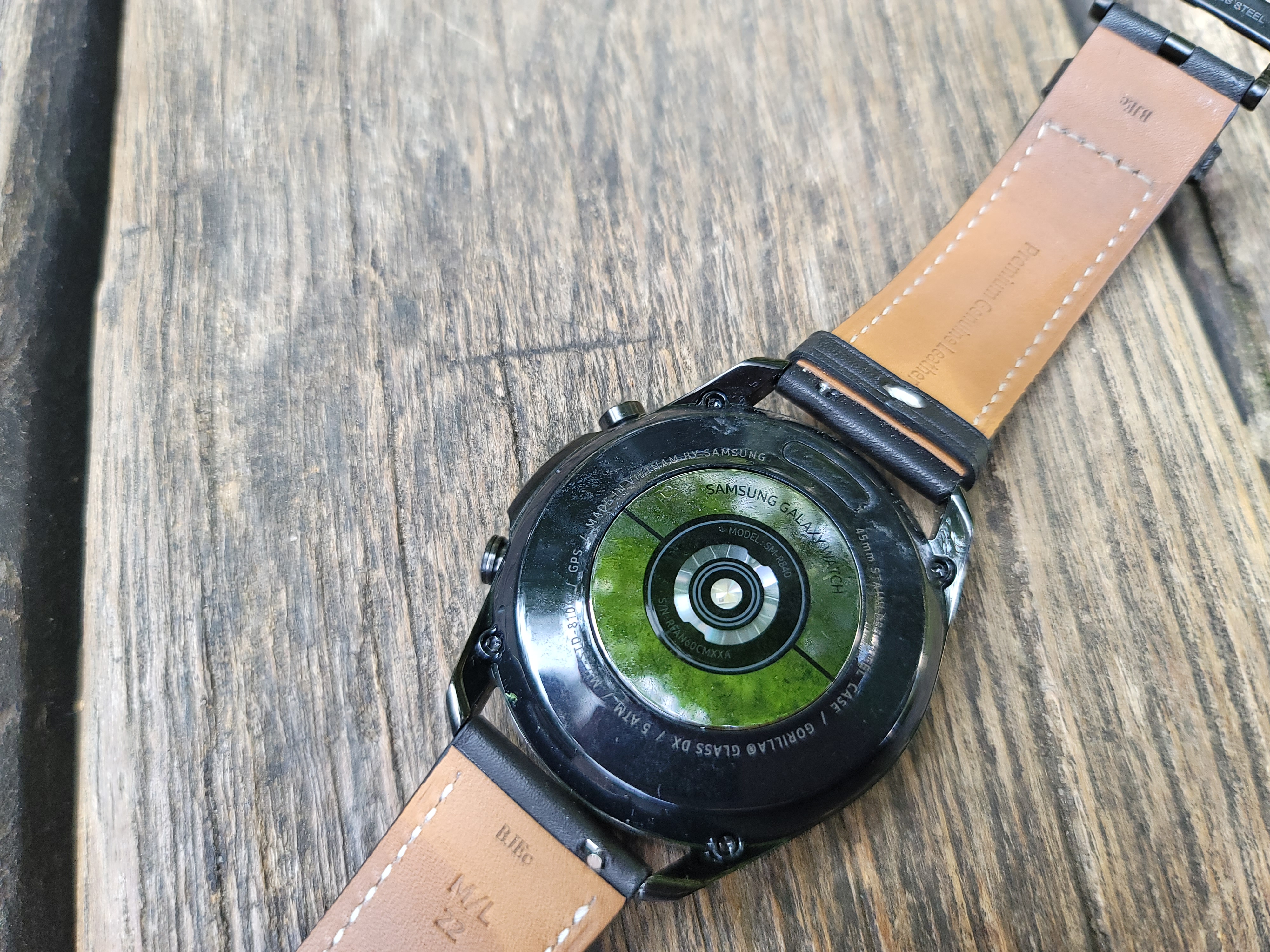 Two key health additions aren’t ready out of the box here in the States: both the EKG reader and blood pressure detector will have to wait for all of the standard regulatory approval, so I’ll hold off judgment accordingly.

Samsung’s certainly not attempting to price competitively here. At $400 and $430 for the 41mm and 45mm versions, respectively, it’s a premium price tag. It’s clear that the company doesn’t see companies like Huawei or even Fitbit as its primary competitors. As with its flagship smartphones, Samsung’s got Apple firmly in its sights, and it’s priced to match. Apple is far and away still the best option for iOS users, but when it comes to Android, not many can compete with Samsung’s premium offering.