The most obvious user-facing update is the integration of Google Calendar into Android Auto, thanks to the new calendar app. There are very few surprises here as the app lets you see your upcoming appointments (and get directions to them or make a call right from the app). 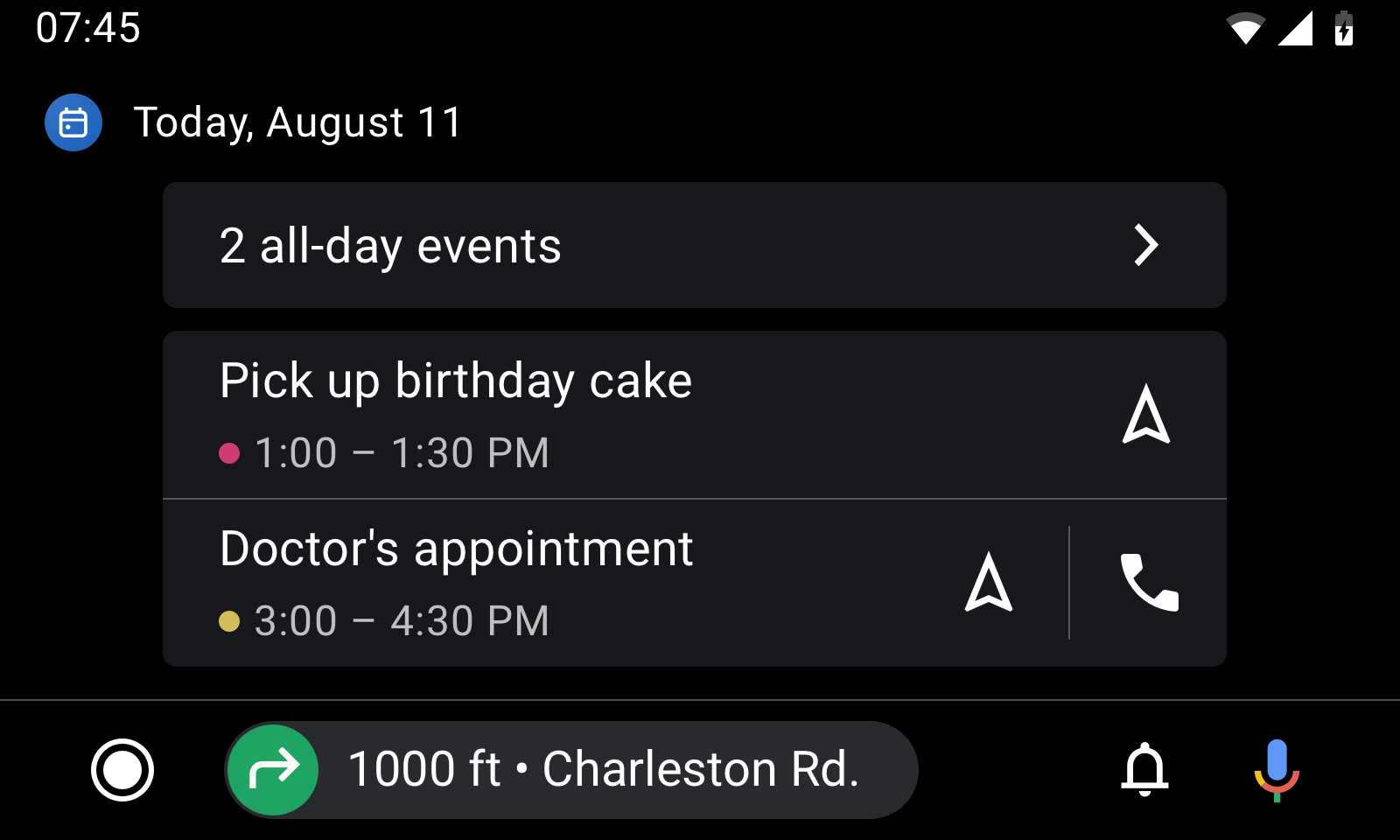 Another new feature is a new settings app, which now lets you manage your Android Auto preferences right from your in-car car display without having to go back to your phone to make major changes.

The company today also said that it is working with a number of partners like SpotHero, ChargePoint and Sygic to bring more navigation, parking and electric charging apps to the platform. Google expects that some of these companies will be able to beta test their new apps by the end of the year.

Currently, there are about 3,000 apps in the Google Play store that support Android Auto. To expand this set of apps — which have to pass a number of tests to ensure that they don’t distract drivers — Google is launching a new Cars App Library that developers can use to ensure that tasks within their apps will only take a few taps and minimal glances.

“To mitigate driver distraction, we collaborated with government, industry and academic institutions to develop our own best practice guidelines that we apply to every aspect of our product development process,” Google says in today’s update. “With our standard templates and guidelines, developers have the tools to easily optimize their apps for cars, without needing to become an expert in driver distraction.”

On the Android Automotive side, Google is working with developers and car manufacturers to help them bring more media apps to the platform. Currently, the Polestar 2 is the first car that uses the new system, but Volvo, Renault and General Motors have announced plans to launch infotainment systems that will use it.

For these developers, Google is launching an update emulator that now includes the Google Assistant, Maps and Google Play — and the Google Play Console now accepts Android Automotive APKs. Developers can also test their apps against the Polestar 2 system image.