Of the big three Apple operating systems, watchOS arguably gets the least love. That goes double in a year that sees macOS getting its biggest overhaul in recent memory. On the whole, the Apple Watch’s software is often overlooked, as smartwatch users tend to focus attention on the addition of new hardware sensors and the like. Still, watchOS 7, out today in public beta, brings a number of key additions, as Apple looks to keep from getting too complacent in its spot high atop the list of smartwatch manufacturers.

After all, the company has seen increased competition, particularly overseas from the likes of Huawei and Samsung. Likely software updates alone aren’t enough to drive the smartwatch skeptics to finally take the dive, but coupled with hardware updates and a focus on keeping lower-cost models on the market, it should help the company maintain comfortable positioning.

Updates include the new hand-washing featuring, cycling directions, new workouts and, most importantly, a number of sleep-tracking features. The last bit is, without question, the most requested addition to the watch — and equally important to Apple’s bottom line, a category the company had fallen behind on relative to the competition. That’s not for lack of available technology, however. The sleep tracking here works with the sensors already on-board existing devices and joins a number of third-party solutions. 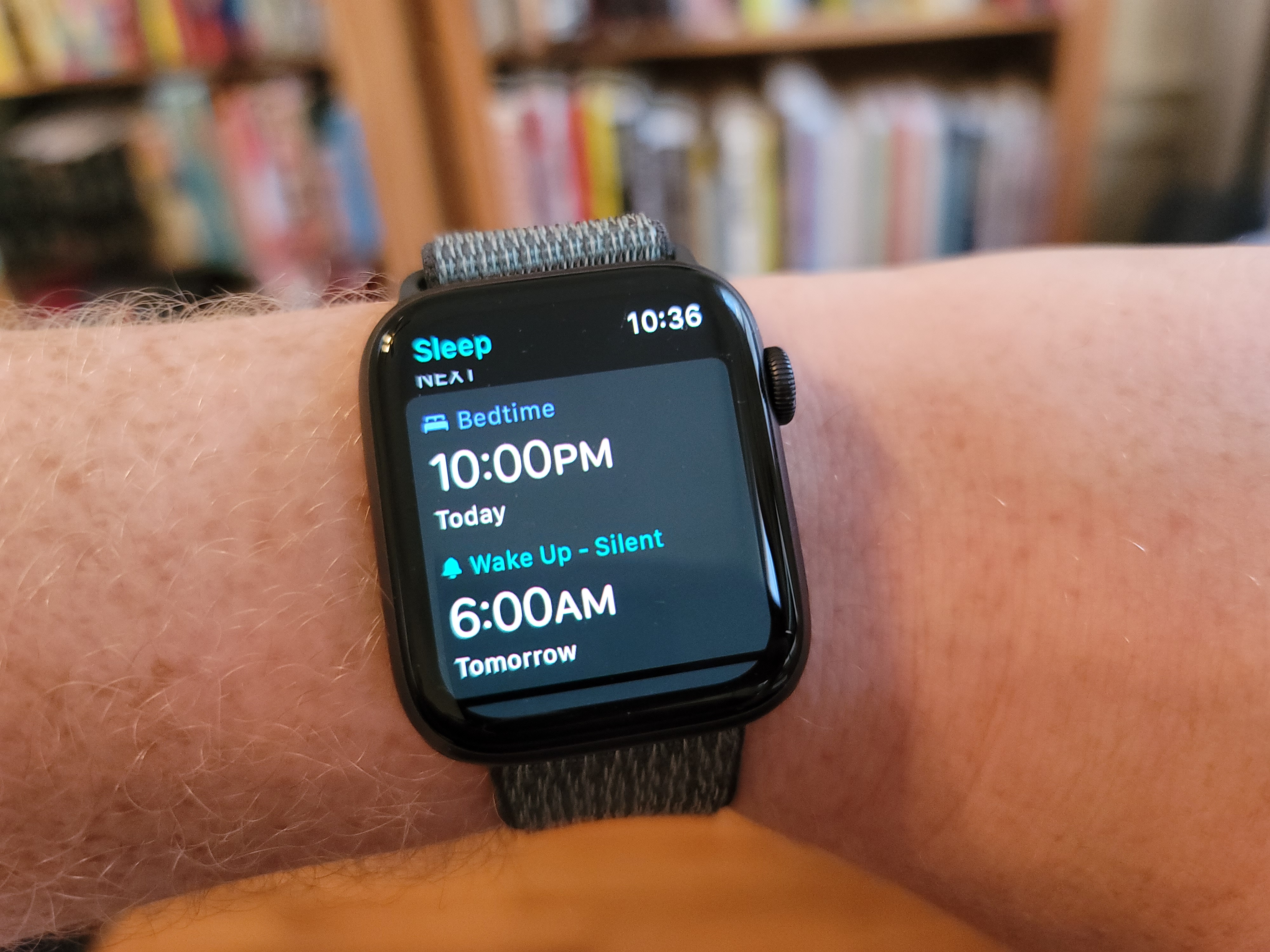 That’s not to say that the company won’t be introducing additional sleep-tracking hardware on the Watch 6 later this year (in fact, that seems fairly likely), but it does mean that the much-requested feature will be available for the Watch Series 5, 4 and 3, which debuted back in late-2017 and is still kicking around the market, priced at $200.

The Sleep feature is multi-faceted. At its core, of course, is standard tracking, using the accelerometer to determine when you’ve fallen asleep, based on movement, including subtler cues like changes in breathing rate, which slows down as you enter non-REM sleep. Stats aren’t super deep yet, but do include key information like sleep times and heart rate, all saved in Apple’s Health app.

One of the more salient pieces of the puzzle is Sleep Mode, in which the watch enters Do Not Disturb, shutting off all notification and pausing the wake function when the wrist is lifted. You can turn it off by turning the digital crown and it will re-enter the mode when you fall back asleep.

Among other things, it should help save on battery life — that’s going to be a key issue as the company gets serious about sleep. The Watch is currently rated at 18 hours, by Apple’s account, which is an issue if you plan to use it for tracking both day and night. Extended battery is another feature to keep an eye out for with the arrival of the Series 6, but in the meantime, a new Charging reminder will pop up when you wake up, reminding you to charge the watch before you get going. It will also alert you if the level falls below 30% prior to sleeping.

The other big element is Sleep Schedule, which sets a goal and a sleep and wake time. By default, it’s set to eight hours — which feels overly optimistic in my own experience, but that’s the point of goals, I guess. Wind Down creates a window of time for pre-sleep activities, like meditation apps and soundscapes, designed to get you off your devices and ready for bed. Wake Up, meanwhile, borrows sounds from iOS’s Bedtime app and uses haptic feedback as an alarm. If you’re moving half-an-hour before your set wake time (the worst), it will ask you if you’d like to shut off the alarm and just start your day. 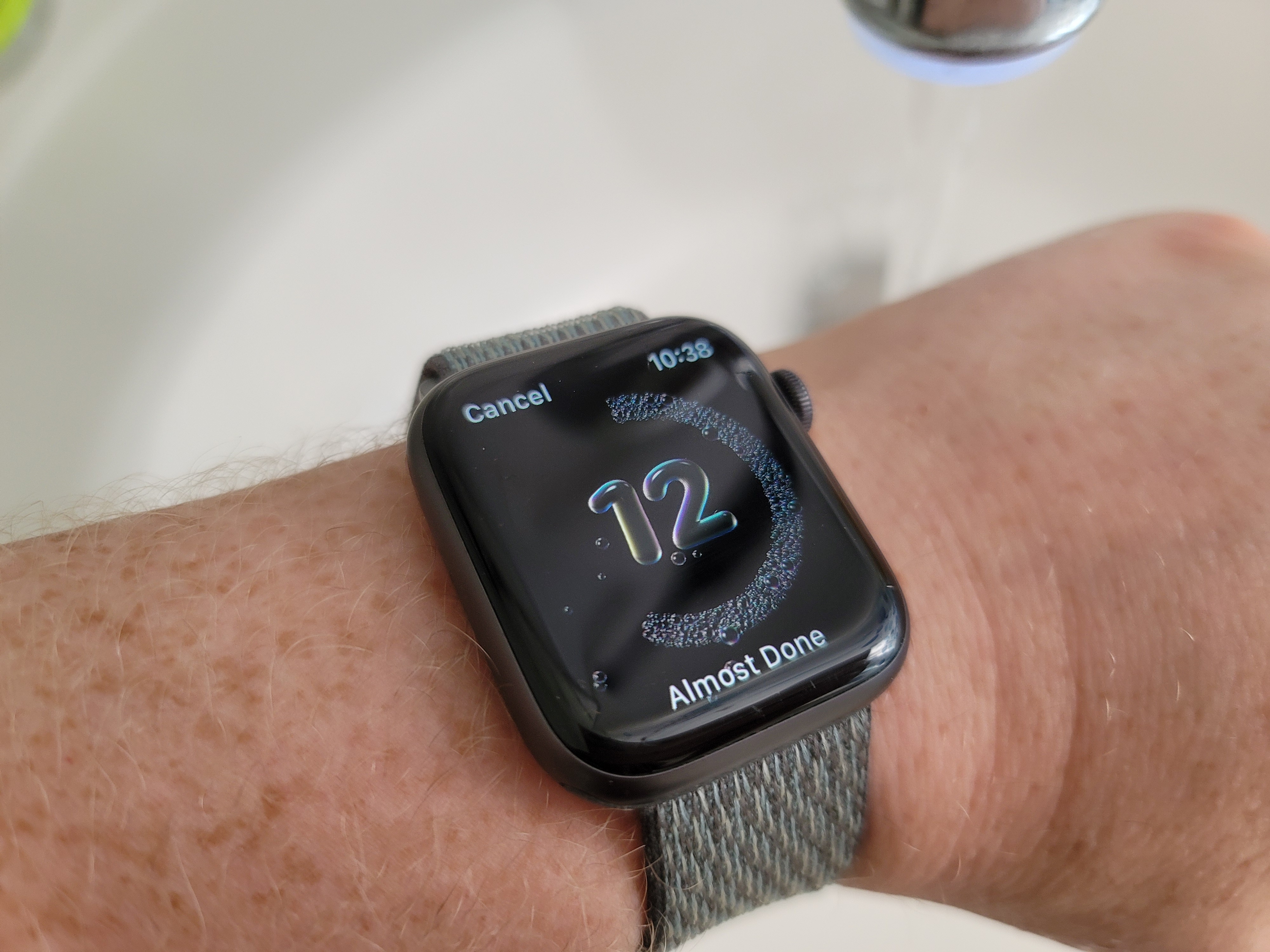 Hand washing is a serendipitous addition here. As I noted in an earlier feature, it’s something the company has been working on for years now, and happened to arrive when everyone is hyper-focused on keeping their hands clean. The feature is off by default and needs to be enabled by the user. Once on, it starts a 20-second count with animated bubble numbers and gives you a little congratulatory buzz when you’ve washed them the whole time.

It’s designed to automatically trigger when hand washing is detected through a combination of movement sensed by the accelerometer and the on-board microphone, which is listening for the sound of running water and soap. Apparently detecting hand washing is surprisingly complicated, but the feature does a pretty decent job in this version of the beta — though I did still get a few false positives while washing the dishes.

The other key addition is hand-washing reminders, which can be set to pop up when you arrive at home. Again, a nice addition in an error with a super contagious, air and surface-borne virus currently rampaging across the globe. Hand washing doesn’t have its own standalone app at the moment, but metrics for the feature are built directly into the health app, showing your activity over time.

There are four new workout types now tracked by the OS: dance, core training, functional strength training and cool down, which involves stretches and other post-workout activities. The additions are a bit more in the weeds than early tracking features, as Apple works to position the wearable as a more complete fitness tracker. The accompanying iOS app also gets a redesign, consolidating all of the activities into a single view.

As ever, there are a couple of new watch faces. Chronograph Pro adopts a design inspired by a distance-measuring tachymeter. It’s a bit busy for my tastes, but it’s not a bad-looking design. The X-Large takes things in the opposite direction, with just a large digital time and a massive complication right in the center of the screen. Also new on the face front is the ability to share Watch Faces with friends via text message. 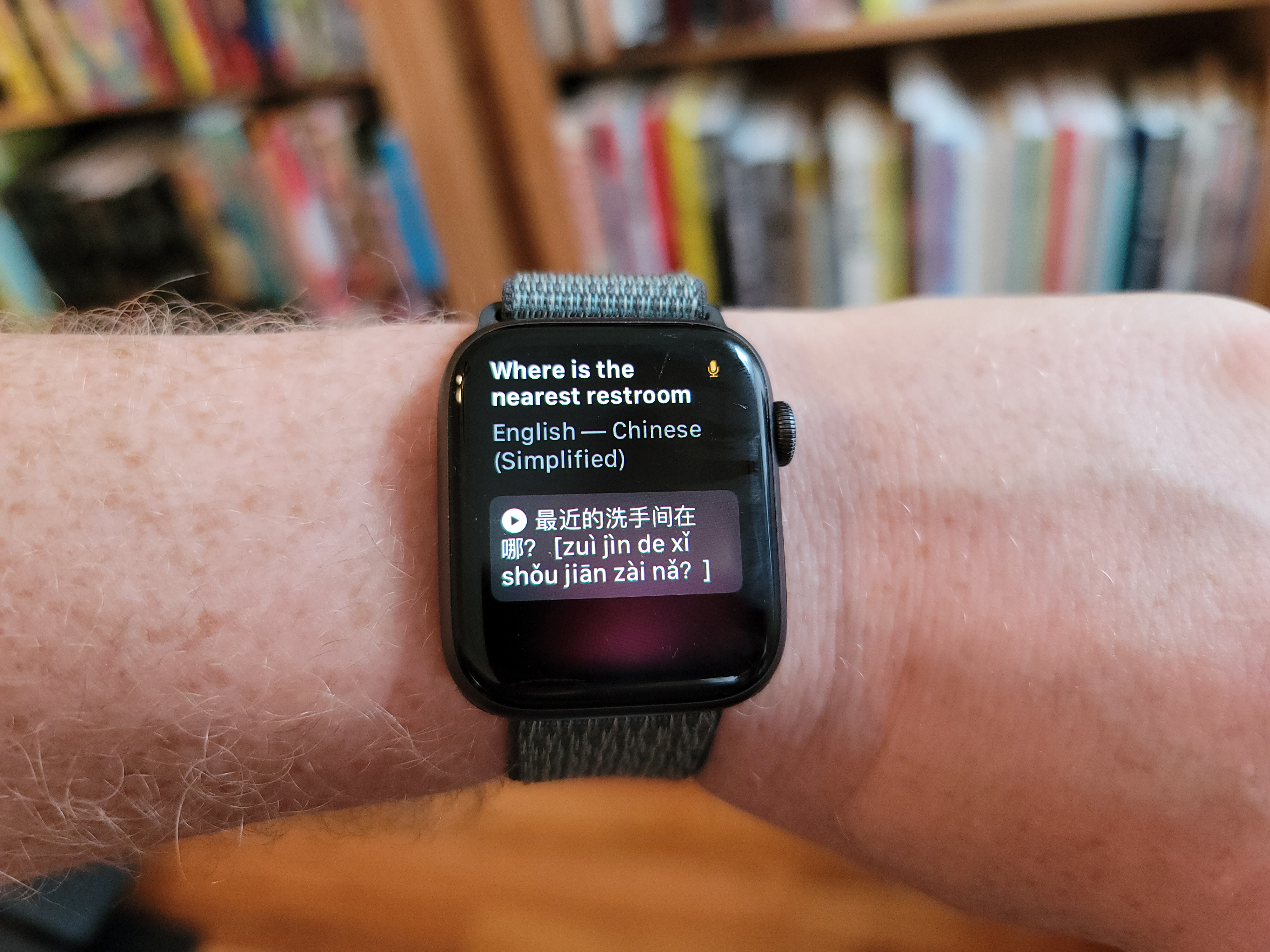 The coolest addition here might very well be one that didn’t get a lot of stage time. Along with the other operating systems, watchOS gets a translate feature. Click into Siri, ask for a translation and then pick from one of the following: Arabic, German, Spanish, French, Italian, Japanese, Korean, Brazilian Portuguese, Russian and Chinese (Mandarin). Speak the words and it will read aloud the translation and show it on the screen. In case of a language like Chinese with a distinct alphabet, the text will be displayed in both Chinese and an English transliteration.

The process requires a few steps, but as someone who spent a lot of time handing his phone back and forth to people during a trip to Asia last year, this could be really useful. Especially during a time when I really have no desire to hand my phone to anyone.

A handful of other features warrant a quick mention:

The final version of watchOS 7 is due out this fall.