Watt, who came to MoviePass as an entrepreneur in residence at True Ventures, previously founded the brand and product placement startup NextMedium and also spent time as a board partner at Upfront Ventures. Now, the serial entrepreneur and startup investor is combining his two career paths under the auspices of Share Ventures.

“It’s what I feel like I’ve been put here to do,” says Watt. “I love solving problems with design and entrepreneurship. I wasn’t fully scratching the itch as an investor by itself.”

With $10 million in financing from a slew of investors including Upfront Ventures, Alpha Edison, the general partners and founders of True Ventures, and a Korean family office, Share Ventures will look to launch between two and four companies per year.

Watt says that the new studio will focus on what he calls “human performance”. The businesses will use a blend of technology and human interaction to create services targeting fitness, nutrition, and mental health, according to Watt.

Share Ventures’ initial focus will be on two main areas, the future of living and the future of working. Within those two areas, the company will focus on developing businesses that enable the development of individual purpose, mental and physical enhancement, and personal and professional growth, according to Watt. And 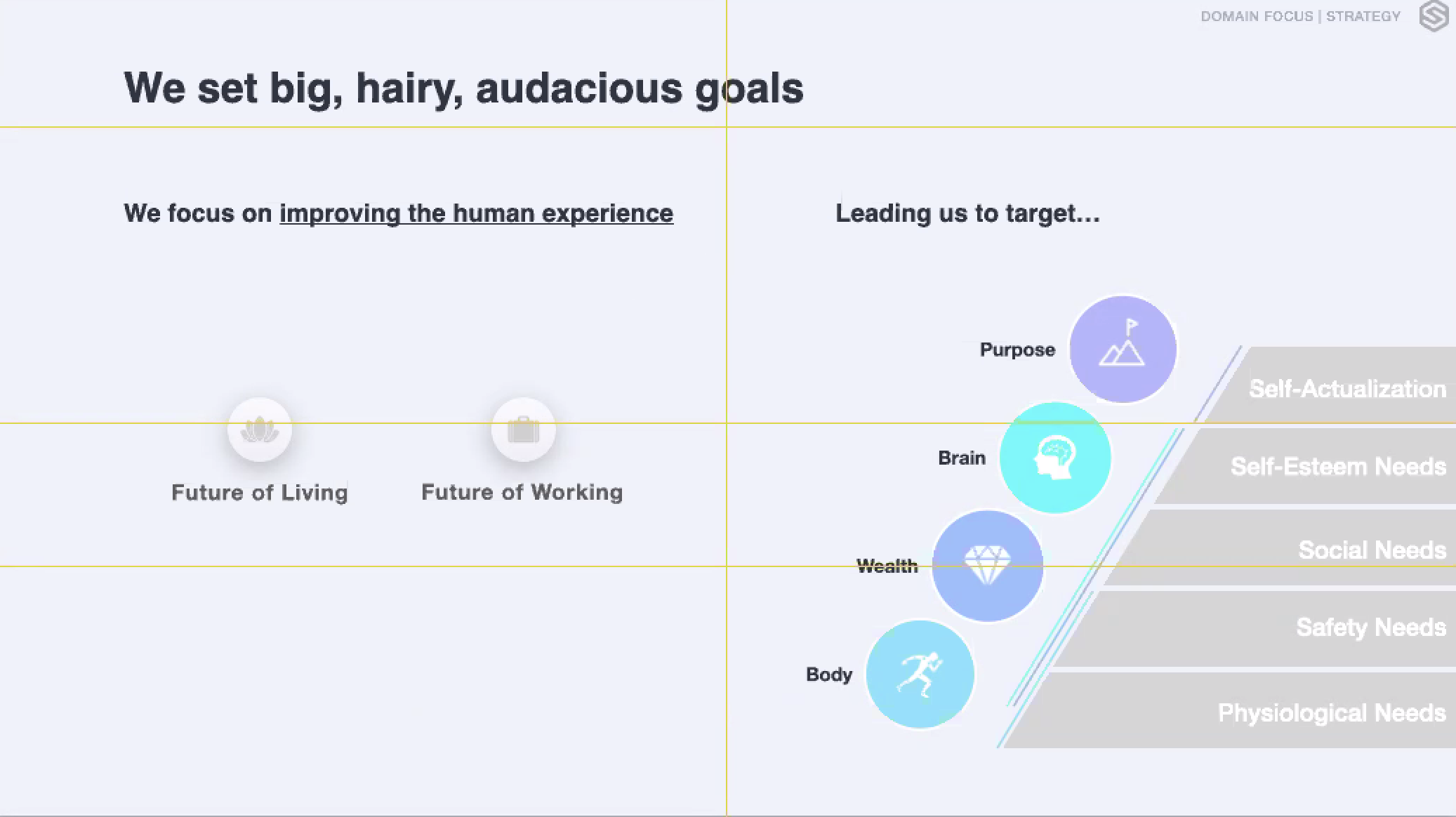 For Watt, the studio model represents the next iteration of startup investing. “We think the studio is going to lead the way,” he says.

Rather than invest in companies and management teams that are unknown quantities, Watt thinks the studio will be able to create discrete companies much faster in the same way that companies today iterate on new products and services.

“We have aggregated tools into a company building stack,” says Watt. “These are tools that are usable that third parties have developed and internal tool stacks.” 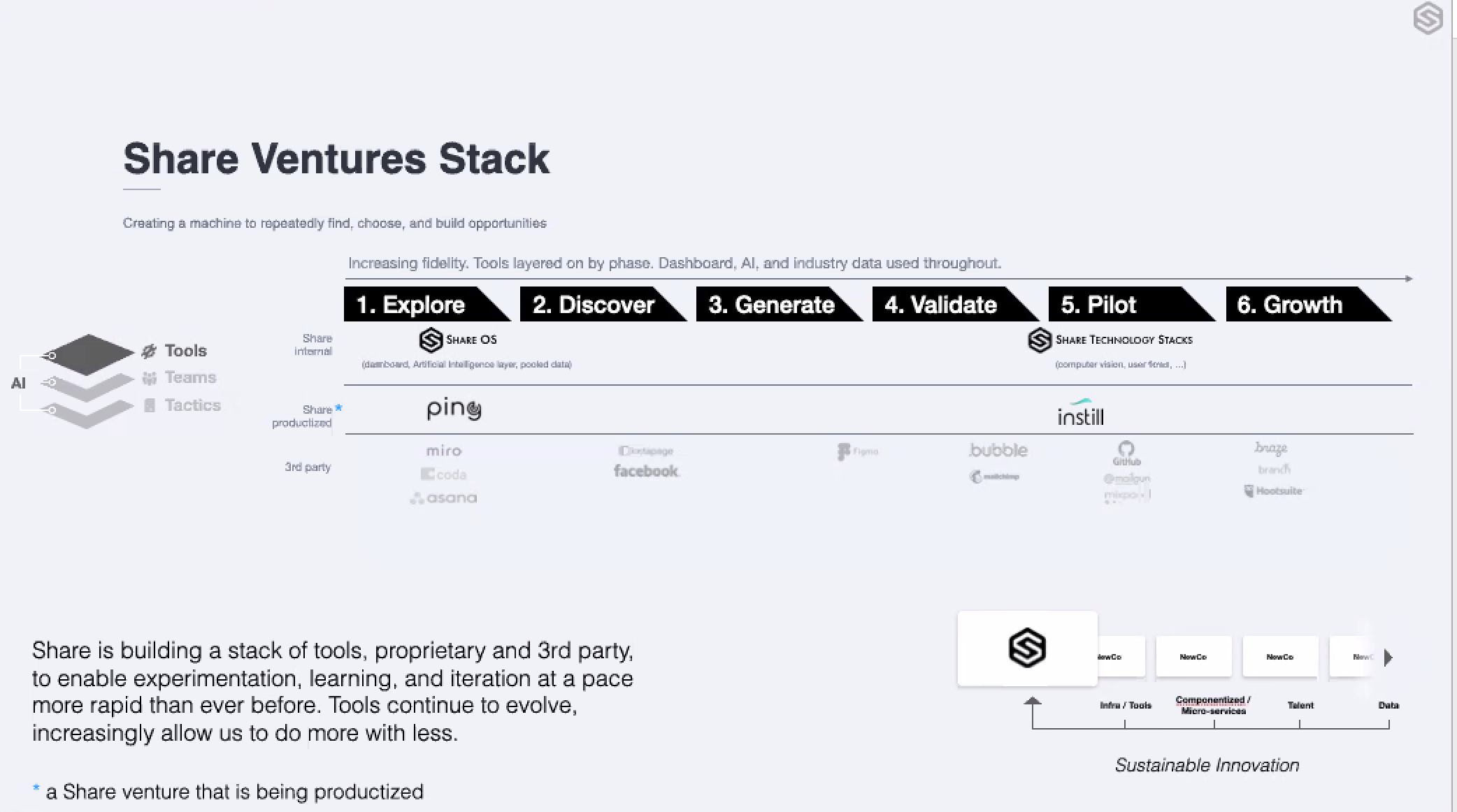 Watt says Share Ventures will operate as a holding company with pooled equity shared across the employees at the company. “As we work on portfolio companies and build out dedicated teams, there’s a generous pool to incentivize talent.”

In some ways, the model isn’t that different from Bill Gross’ idealab, the Pasadena, Calif.-based incubator company that’s a few miles up the road from Share Ventures Los Angeles home base. Another inspiration is @Ventures, the dot-com era company that built a number of different portfolio companies. “Our investors are getting founders takes in all the companies that we build,” Watt says.

The company has ten people on staff to help build its first slate of companies.

Watt began talking to investors in 2018 about the idea and spent the bulk of 2019 trying to build out its first few companies.

“We run a lot of experiments, we generate a lot of ideas,” Watt says. “The number of shots on goal that we’re taking before we launch a company is significant.”