Sony knows how to make a great pair of headphones. The WH-1000XM3 are one of the best received pairs of over-ear models in recent years. Two years later, the company is ready to unveil their successors, which sport a number of smart connected features.

In fact, the WH-1000XM4 bring all sorts of nice upgrades to the line. Unsurprisingly, a number of them are smart features that more fall into the category of nice to have, rather than essential, but there are a few core updates, as well.

For starters, there’s improved noise canceling, courtesy of the two mics on each ear. Sony says the on-board system-on-a-chip is capable of processing noise 700 times a second, along with a built-in algorithm that’s capable of adjusting the adaptive noise canceling in something akin to real time.

Perhaps the most interesting tidbit here, however, is a feature the company says is capable of “rebuilding” audio lost to compression — a pretty constant presence in the time of streaming everything. The technology was a joint venture with Sony Music Studios Tokyo. I’m definitely excited to hear how it actually sounds in practice — companies tend to make some big promises with these sort of lossless restoring technologies, to limited effect. 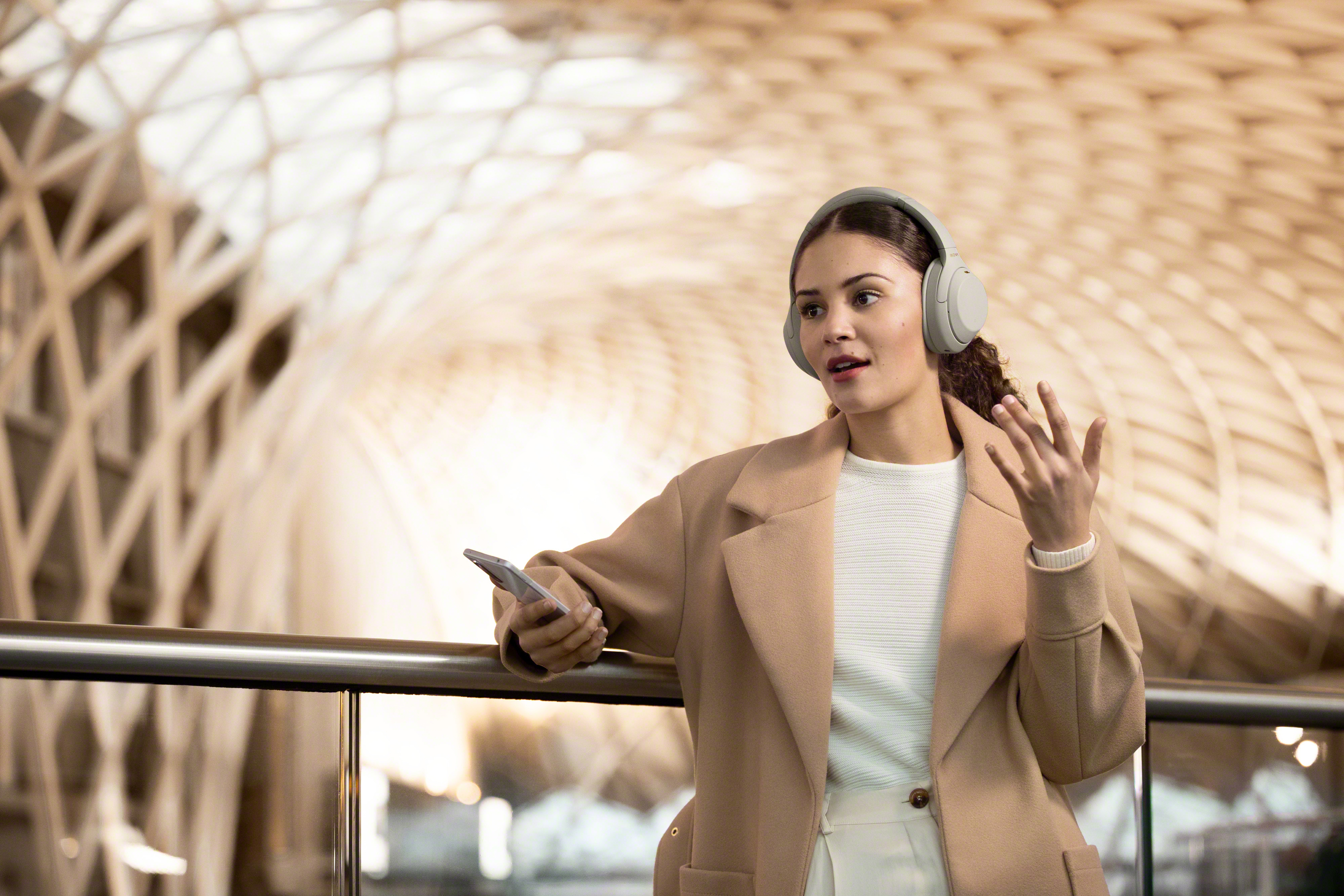 There’s 360 audio on-board, as well, of course. That’s been a big pet project for Sony — and one the company is going to really start pushing with the arrival of the PlayStation 5 later this year. The headphones support both Google Assistant and Alexa and utilize Google’s Fast Pair feature to get the connection up and running immediately. There’s also a feature that will let you ring the headphones when you misplace them.

Other notable additions include a Speak-to-Chat feature that turns down the music when you talk, adaptive sound for location you can pre-program and automate music pausing when you take them off your ears. That last bit will save on battery life. Sony promises up to 30 hours on a charge, though, so you should be good to go for a while. And when you’re in a pinch, 10 minutes of charging gets you five hours of playback.

The headphones up are for pre-order now and will hit retail mid-month, priced at $350.