Samsung’s going all in on 5G. The company was an early adopter for the next-gen wireless technology and has just offered it across the newly announced Galaxy Note 20. Turns out its new tablets will be getting the connectivity as an upgrade option.

The Galaxy Tab S7 and S7+ were among the five devices launched at today’s Unpacked event, arriving as “the first tablets that support 5G available in the United States,” according to the associated press material. And certainly they’re ahead of the curve here, though I’d expect to see the option become more common in the coming year, as carriers push toward a saturation point. 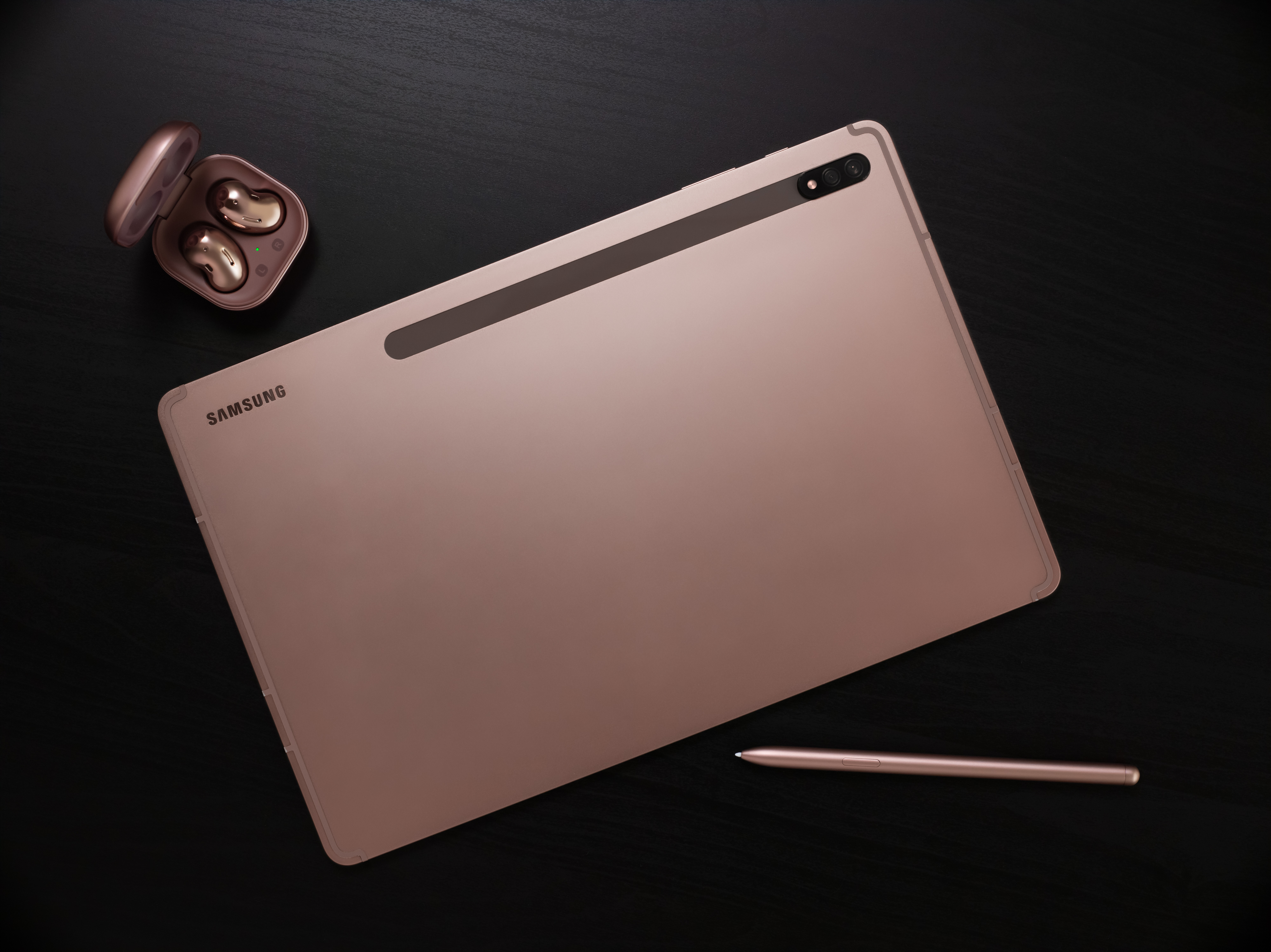 The two models sport 11 and 12.4-inch screens, respectively, coupled with four speakers featuring Dolby Atmos and Samsung’s own AKG tuning. The insides look fairly uniform, with either 6GB or 8GB of RAM and 128GB or 256GB of storage, augmentable up to 1TB by way of a microSD card. The on-board batteries are pretty nicely sized at 8,000mAh and 10,900mAh on the S7 and S7+, respectively. Definitely curious to see how much of an impact 5G will have on life.

The tablets are arriving at some point this fall, starting at $650 for the S7 and $850 for the S7+. No word yet on pricing or timing for the 5G models, however, but Samsung promises they’ll be hitting the States at some point.