Sight Diagnostics, the Israel-based health-tech company behind the FDA-cleared OLO blood analyzer, today announced that it has raised a $71 million Series D round with participation from Koch Disruptive Technologies, Longliv Ventures (which led its Series C round) and crowd-funding platform OurCrowd. With this, the company has now raised a total of $124 million, though the company declined to share its current valuation.

With a founding team that used to work at Mobileye, among other companies, Sight made an early bet on using machine vision to analyze blood samples and provide a full blood count comparable to existing lab tests within minutes. The company received FDA 510(k) clearance late last year, something that surely helped clear the way for this additional round of funding. 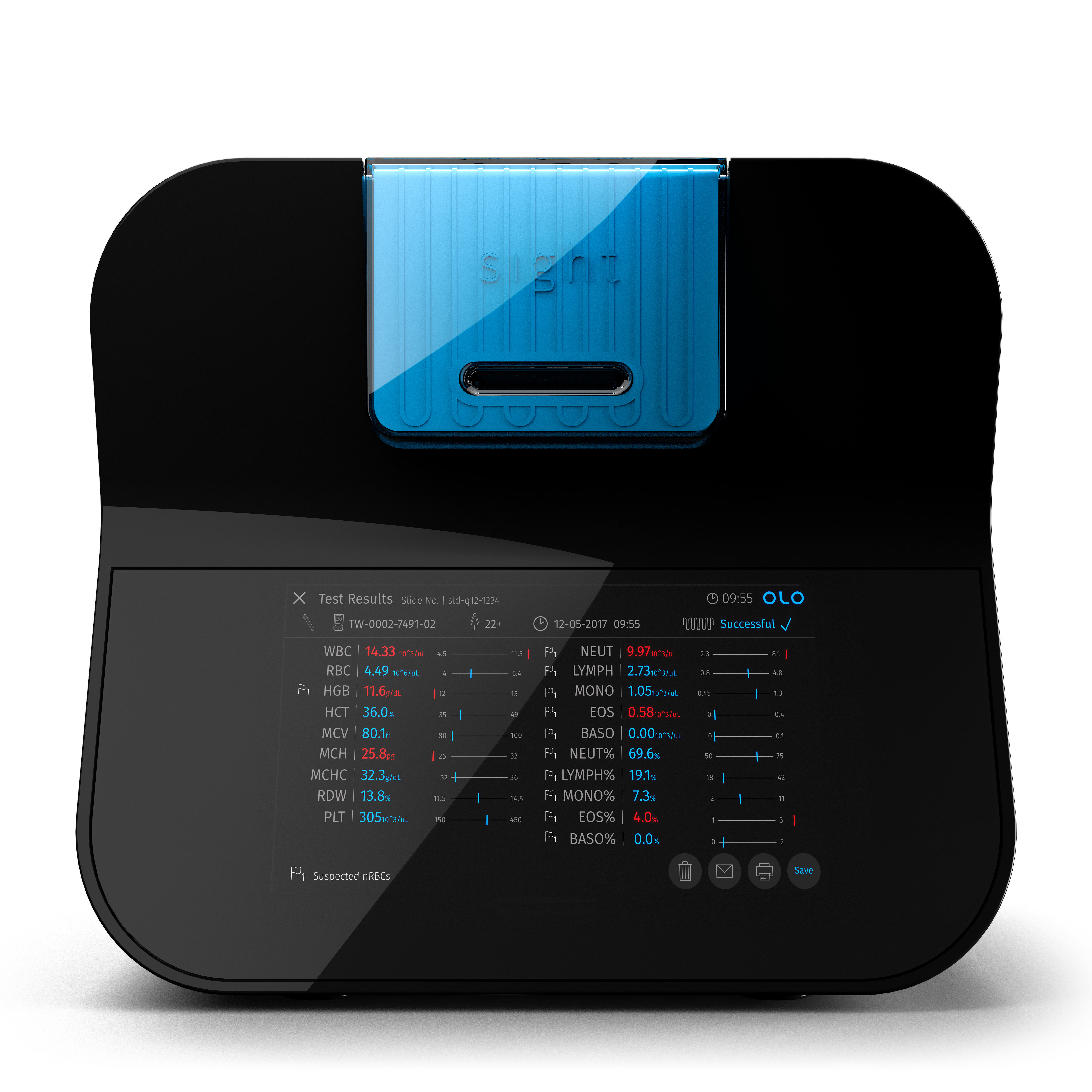 “Historically, blood tests were done by humans observing blood under a microscope. That was the case for maybe 200 years,” Sight CEO and co-founder Yossi Pollak told me. “About 60 years ago, a new technology called FCM — or flow cytometry — started to be used on large volume of blood from venous samples to do it automatically. In a sense, we are going back to the first approach, we just replaced the human eye behind the microscope with machine vision.”

Pollak noted that the tests generate about six gigabytes of information (a lot of that is the images, of course) and that he believes that the complete blood count is only a first step. One of the diseases it is looking to diagnose is COVID-19. To do so, the company has placed devices in hospitals around the world to see if it can gather the data to detect anomalies that may indicate the severity of some of the aspects of the disease.

“We just kind of scratched the surface of the ability of AI to help with blood diagnostics,” said Pollak. “Specifically now, there’s so much value around COVID in decentralizing diagnostics and blood tests. Think keeping people — COVID-negative or -positive — outside of hospitals to reduce the busyness of hospitals and reduce the risk for contamination for cancer patients and a lot of other populations that require constant complete blood counts. I think there’s a lot of potential and a lot of value that we can bring specifically now to different markets and we are definitely looking into additional applications beyond [complate blood count] and also perfecting our product.”

Sight Diagnostics has applied for 20 patents and eight have been issued so far. And while machine learning is obviously at the core of what the company does — with the models running on the OLO machine and not in the cloud — Pollak also stressed that the team has made breakthroughs around the sample preparation to allow it to automatically prepare the sample for analysis. 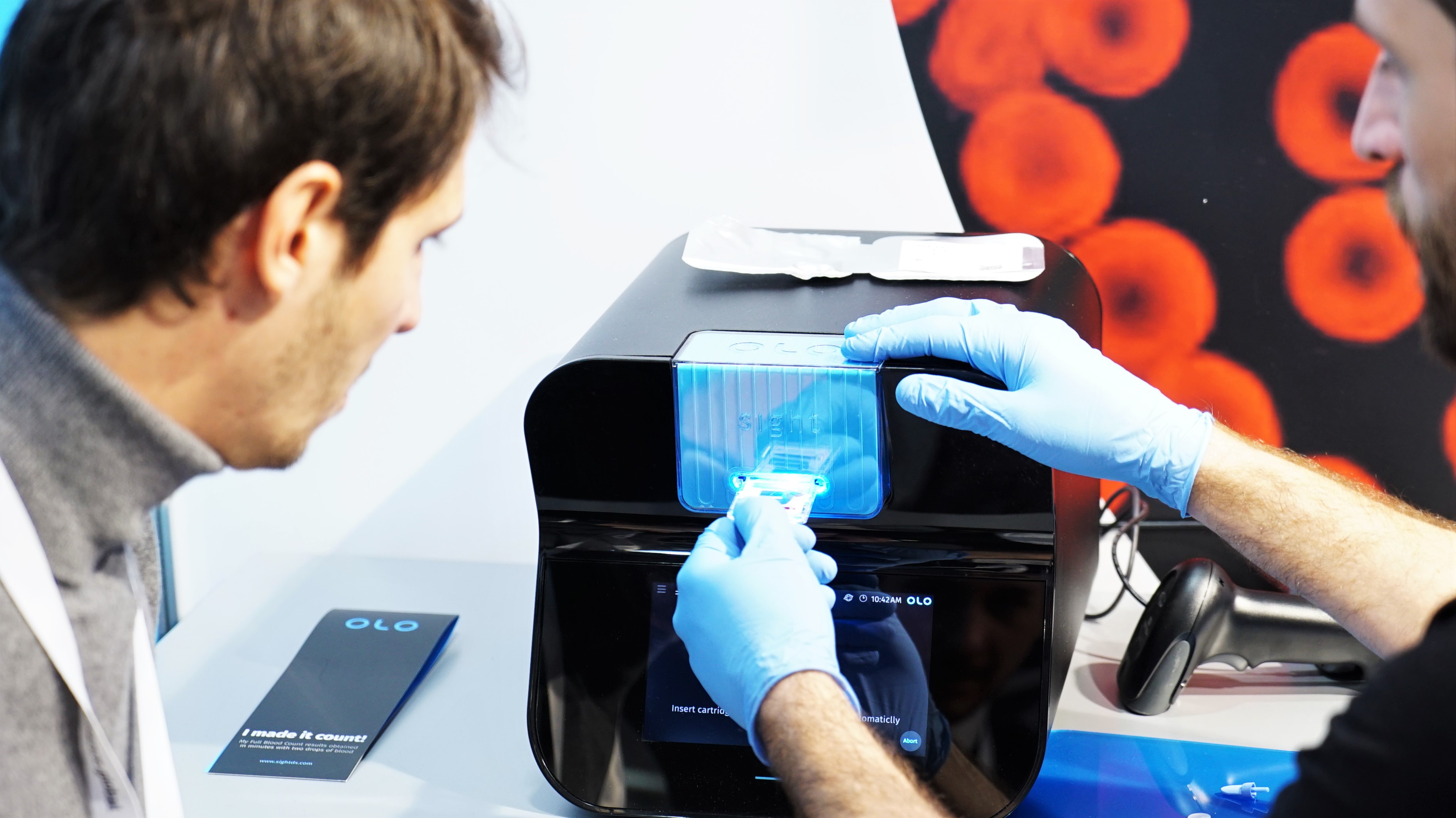 Pollak stressed that the company focused on the U.S. market with this funding round, which makes sense, given that it recently received its FDA 510(k) clearance. He also noted that this marks Koch Disrupt Technologies’ third investment in Israel, with the other two also being healthcare startups.

“KDT’s investment in Sight is a testament to the company’s disruptive technology that we believe will fundamentally change the way blood diagnostic work is done,” said Chase Koch, president of Koch Disruptive Technologies. “We’re proud to partner with the Sight team, which has done incredible work innovating this technology to transform modern healthcare and provide greater efficiency and safety for patients, healthcare workers, and hospitals worldwide.”

The company now has about 100 employees, mostly in R&D, with offices in London and New York.