Samsung promised a lot of gadgets for today’s big Unpacked event — five in all, as a matter of fact. As expected, the big headliners — both figuratively and literally — are the latest additions to the popular Note line.

Also unsurprising is the company’s positioning the Note 20 — along with the rest of today’s new hardware — as  “devices […] that seamlessly integrate to empower consumers navigating a rapidly changing world.” It’s mostly a bit of hyperbole as the company looks to position a pair of pricey flagship phones in the midst of an extraordinarily unprecedented year.

Like the Galaxy S20 before it, Samsung’s skipping 10 full numbers here for the sake of consistency. On a whole, nothing here jumps out as a huge leap in progress, a fact due in no small part to the company’s six-month flagship cycle. There are, however, a number of notable upgrades on-board here, as the company works to retain its position among the bleeding edge of smartphone advances. 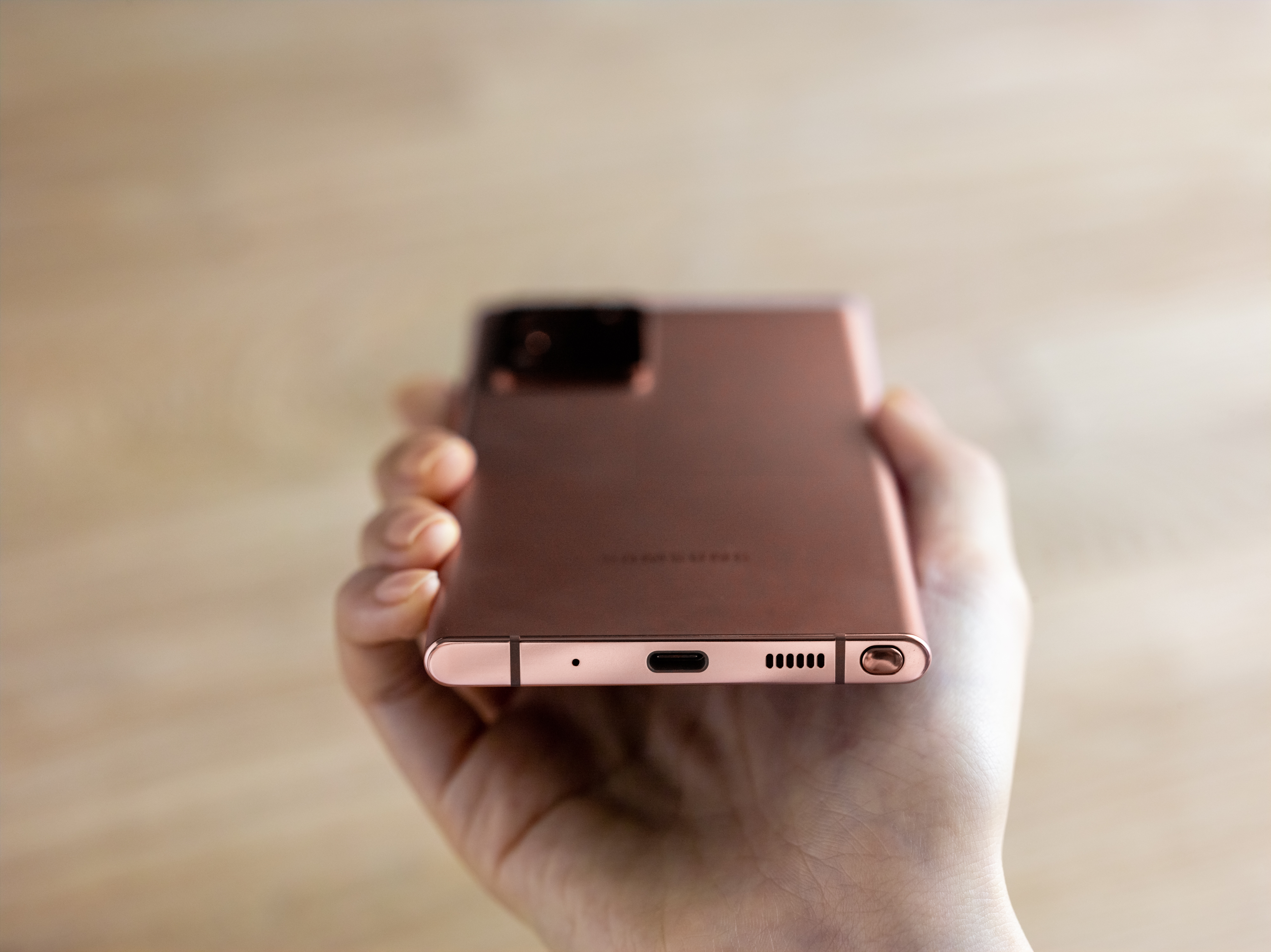 Samsung was, of course, one of the first company’s to embrace 5G, employing the next-gen technology well before achieving any sort of saturation point. The company has also embraced the budget side of the spectrum with the Galaxy A71 5G. It follows then, the Note line is the company’s “first fully 5G-capable Note,” meaning that the technology is no longer just the realm of the more premium model — and that it utilizes both the Sub-6 and mmWave versions of 5G technology.

Once again, the Note line is divided into two distinct models: this time out, the Note 20 and Note 20 Ultra, starting at $1,000 and $1,300, respectively. Much has been made of Samsung’s attempts to move the devices at a — less than opportune time. The fact of the matter is people aren’t really buying handsets these days. For one thing, lots of people just don’t have the sort of disposable income they did just a year ago. And what money is going to technology is generally being spent on things like PCs, as remote becomes the new norm for office workers. 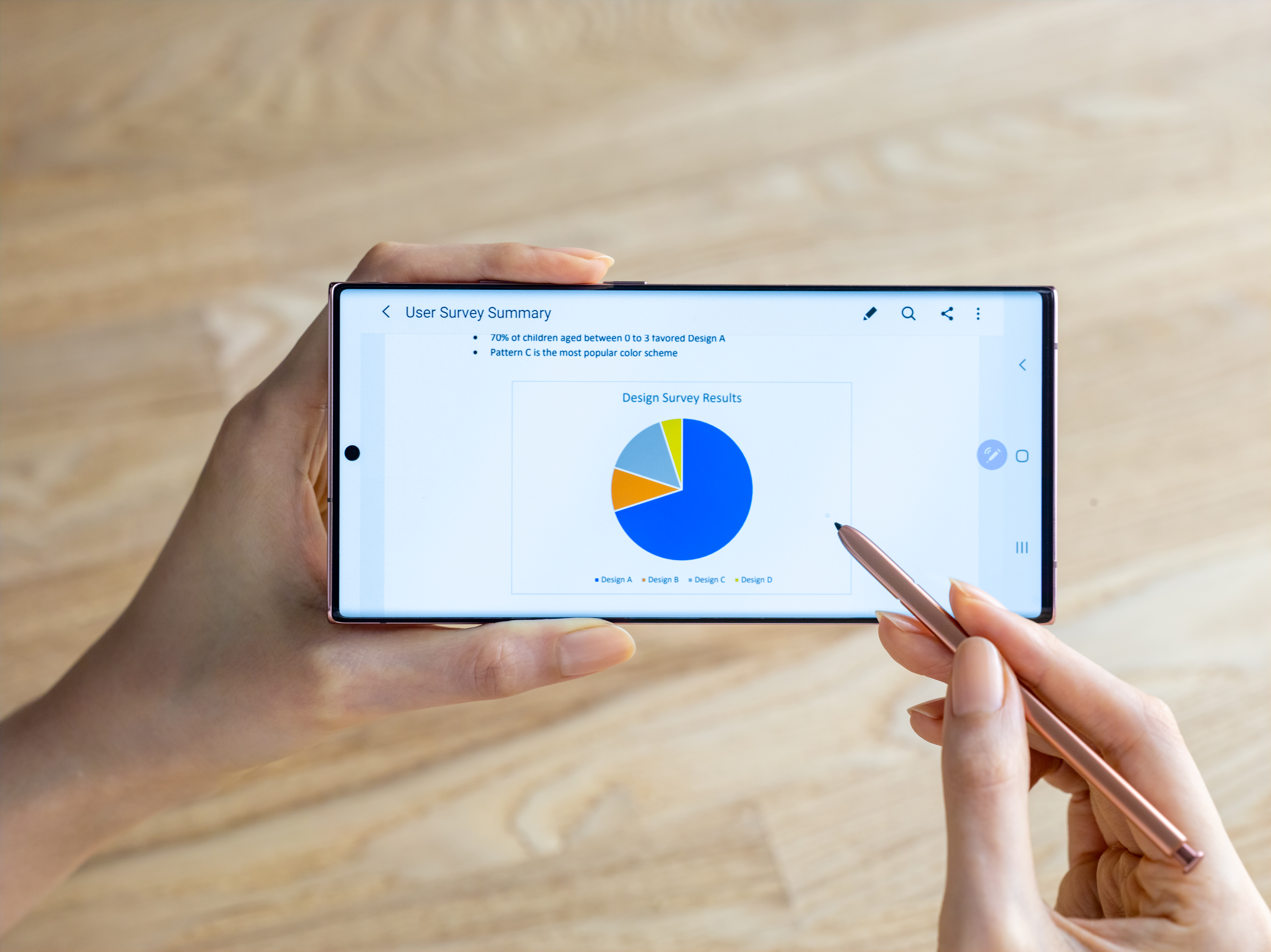 Handsets costing $1,000+ had already become a tough sell in recent years, with an overall market slow down — and recent figures from third-party analysts show that the COVID-19 pandemic hasn’t been kind to Samsung’s sales bottom line.

All of that said, the Note is still very much the standard by which all other phablets are judged. Plenty of other companies have tried and failed to launch competitive pocket productivity devices, and for its nearly decade-long existence, no one has been able to come close to the Galaxy Note.

As is its custom, Samsung continues to press the bounds of screen size on the line. The Note 20 and Note 20 Ultra sport 6.7 and 6.9-inch displays, respectively. Both are up from the 10, which sported a 6.3 and 6.8-inch screen. The Ultra also sports a 120Hz refresh rate.

For the first Samsung launch in recent memory, I can’t tell you what kind of job the company has done keeping the footprint down in spite of an ever-enlarging screen — for reasons that are probably obvious, I haven’t seen or touched the device in person yet. Soon, I’m told.

What I can say is that the dimensions have increased, but only by a millimeter or so. And both models have added somewhere between 10-30 grams apiece. The device retains the familiar three-camera array, albeit with a redesigned enclosure. The Note Ultra borrows some key cues from the S20 Ultra. The biggest additions are the 108-megapixel wide-angle and the Space Zoom technology, which brings up to 50x super zoom (only 5x optical) on the Ultra and 30x (3x hybrid optical) on the 20. The Ultra also sports laser auto focus for quicker shots, while the 20 sports a 64-megapixel telephoto. Both models can now shoot video in 8K, as well.

The fan favorite S Pen gets a bunch of updates, including increased precision and responsiveness, along with gesture controls that do things like shoot screenshots or return to the home screen. The stylus can be used as a remote control as well, up to 30 feet, courtesy of Bluetooth Low Energy. The associated Notes app features better cloud syncing and a new recording feature, which associates time stamps with written notes (there’s no live transcription à la Google Recorder, however).

Samsung and Microsoft have broadened their partnership here. That includes the ability to access Samsung notes and mirror the mobile device on a Windows 10 PC. And mid-next month, the Note 20 will be getting Xbox Game Pass access, with 100+ games, as Samsung looks to position its high-end handsets as more serious mobile gaming devices.

There is, as ever, DeX support, letting users mirror the system to a connected smart TV. In spite of rumors around Samsung’s waning interest with Bixby, the company tells me that the smart assistant “remains consistent” with what has been offered on previous devices. A fun addition also worth pointing out is the ability to pair the new Galaxy Buds Live as microphones for when you’re shooting a subject talking. UWB (ultra-wideband) is another new addition that lets users share files when in close proximity and will double as a digital key at some point down the road.