The Nintendo Switch’s ability to quickly transition from portable to home console is definitely one of its major selling points, but Nintendo’s official dock never really made much sense with the portable nature of the Switch itself. Luckily, third-party accessory maker Genki created the Covert Dock, a device no larger than a smartphone USB charger that easily connects your Switch to any TV. Plus, it actually is a USB charger for all your devices, too.

The Covert Dock includes a USB Type-C port that’s rated for the Power Delivery 3.0 standard, which means it can charge not only the Switch, but also an iPhone, Android smartphones, the iPad Pro and even a MacBook (though its max output is 30w, so you won’t get full-speed charging for any power-hungry large devices). It also includes a USB-A port, which you can use not only for charging, but also for connecting controllers, microphones, mice, Ethernet adapters and more to devices connected via USB-C. Finally, there’s an HDMI port, which you can use to connect your Switch (or other devices that support USB-C video out) to your TV or display.

The HDMI port supports a maximum resolution of 1080p at up to 60hz, so it can easily handle the 720p output of the Switch. The Genki Covert Dock also features folding power prongs for maximum portability — and it’s extremely compact, coming in smaller than a MacBook Air charger despite all of its capabilities. 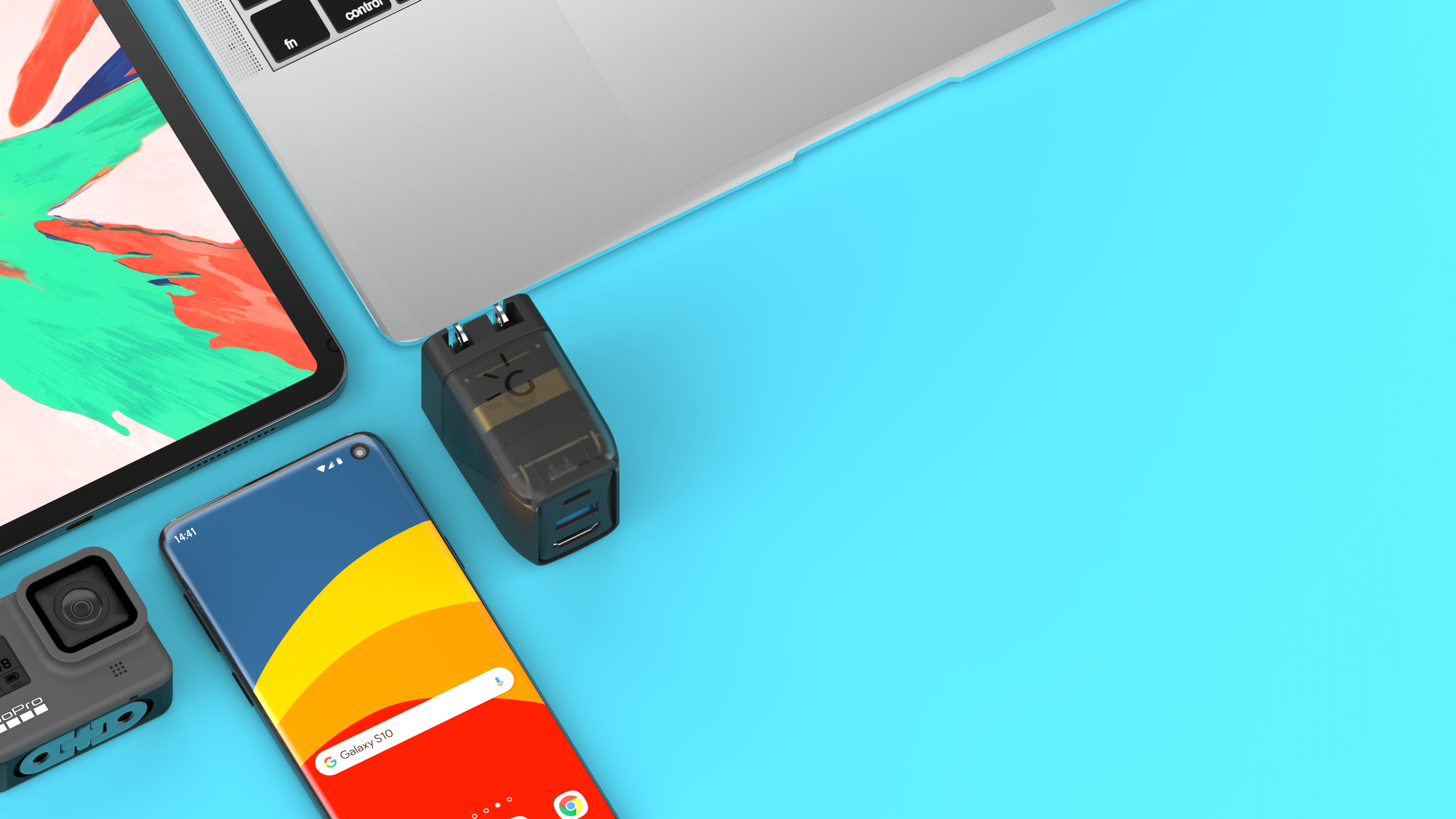 Genki also provides a set of global power adapters that slide on to the folded prongs for easy travel compatibility, adding to its versatility. There’s also a six-foot USB-C 3.1 charging cable included in the box, so you have everything you need to begin using it right away. When you don’t have an HDMI cable plugged in, it can also power your Switch while you play, just like with any other standard USB-C charger.

At $74.99, the Genki Covert Dock actually comes in under the retail price of Nintendo’s official dock set for Switch — and it’s a much more versatile device thanks to its ability to act as a hub for a wide range of devices that support display output over USB-C. Combine that with the travel adapter set, and the Covert Dock is really replacing two or three devices in your bag, rather than just a Switch dock.

Genki’s Covert Dock feels very sturdy and well-built, not at all like many of the third-party dock alternatives that you can find on Amazon. Inside, it uses Gallium Nitride technology to enable its small size while still making sure it can provide good power output without overheating.

It worked flawlessly both for charging my Switch (and other devices) and for connecting the Switch to my TV. As soon as you plug in an HDMI cable, the Switch behaves just as it would when using the official dock, switching off the built-in display and outputting to the television in HD resolution. 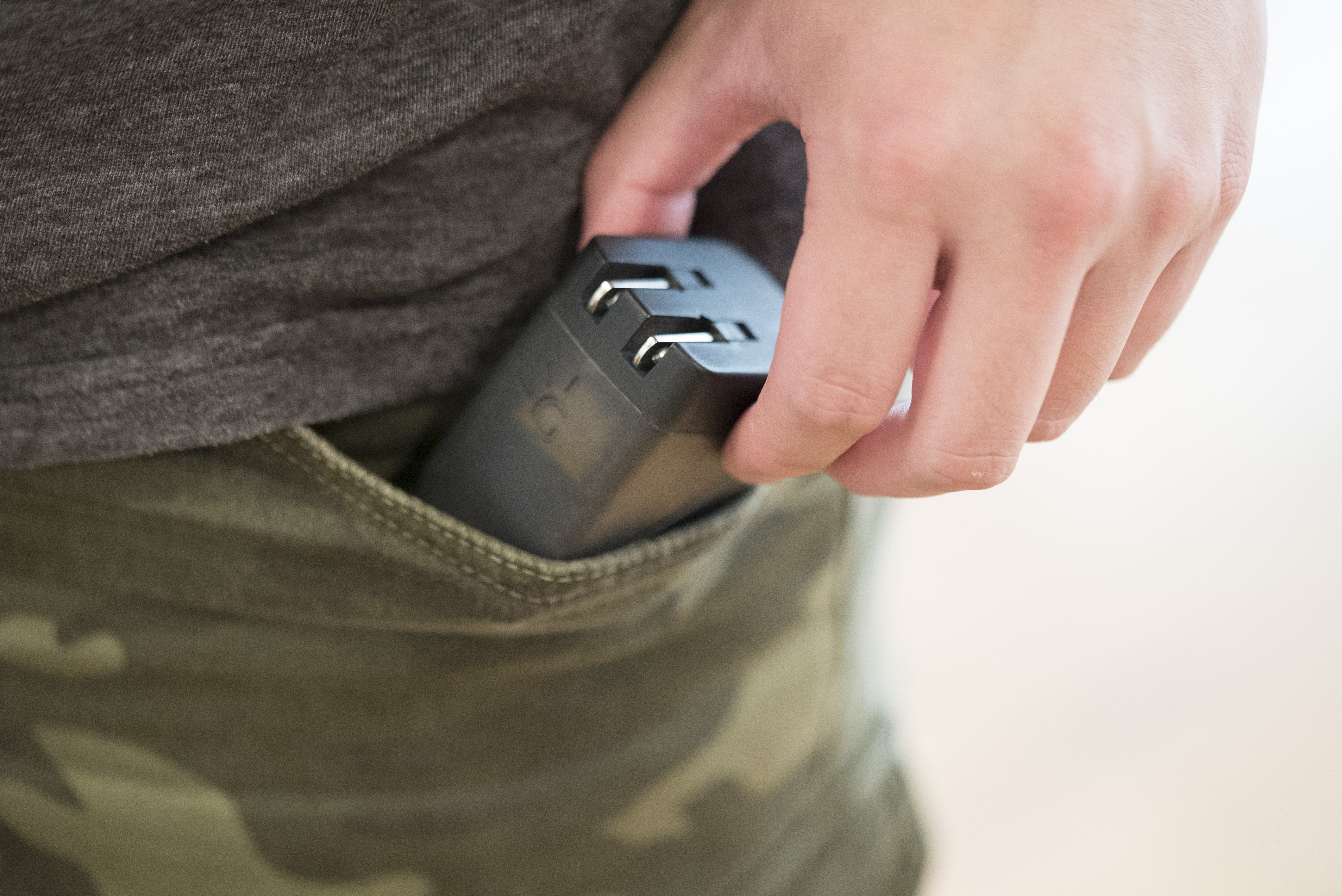 Ditto with plugging in an iPad Pro, and a MacBook Pro. Both automatically detect the HDMI connection and behave just like they would using any other display adapter.

Users of other third-party Switch display docking solutions might be hesitant to trust another one, given how frequently third-party hardware has led to issues, including console bricking. But Genki has a great and thorough explanation of why their dock shouldn’t encounter such issues, and it mostly relates to their proper implementation of the PD 3.0 specification. Over the course of testing on an up-to-date Switch console over a couple of weeks, I definitely haven’t encountered any issues.

If you own a Switch (not the Switch Lite, sadly, because it doesn’t support video out), there’s no question that you should also own a Genki Covert Dock. It’s the dock that the console should’ve shipped with, as it respects the Switch’s portability and offers a way to connect to a TV that takes up no more space than the Switch USB charger itself.

Even if you don’t own a Switch, the Genki Covert Dock might be something you need — it’s a great way to power an iPad while presenting during a meeting, for instance, and also a fantastic travel charger even when you’re not using the display features. Genki has done a tremendous job of packing a whole lot of versatility into a unique and well-built device, and at a price that’s very reasonable when you consider how many other potential gadgets and dongles it’s replacing.