SpaceX has been developing Starship, its next-generation spacecraft, at its site in Boca Chica, Texas. The company has built a number of different Starship prototypes to date, include one prior version called the Starhopper that was essentially just the bottom portion of the rocket. Today, the company flew its first full-scale prototype (minus the domed cap that will appear on the final version, and without the control fins that will appear lower down on its sides), achieving an initial flight of around 150 m (just under 500 feet).

This is the furthest along one of these prototypes has come in the testing process. It’s designated Starship SN5, which is the fifth serialized test article. SpaceX actually built a first full-scale demonstration craft called the Starship Mk1 prior to switching to this new naming scheme, so that makes this the sixth one this size they’ve built — with the prior versions suffering failures at various points during preparations, including pressure testing and following a static engine test fire.

SN5 is now the first of these larger test vehicles to actually take off and fly. This prototype underwent a successful static test fire earlier this week, paving the way for this short flight test today. It’s equipped with just one Raptor engine, whereas the final Starship will have six Raptors on board for much greater thrust. It managed to fly and land upright, which means that by all external indications everything went to plan. 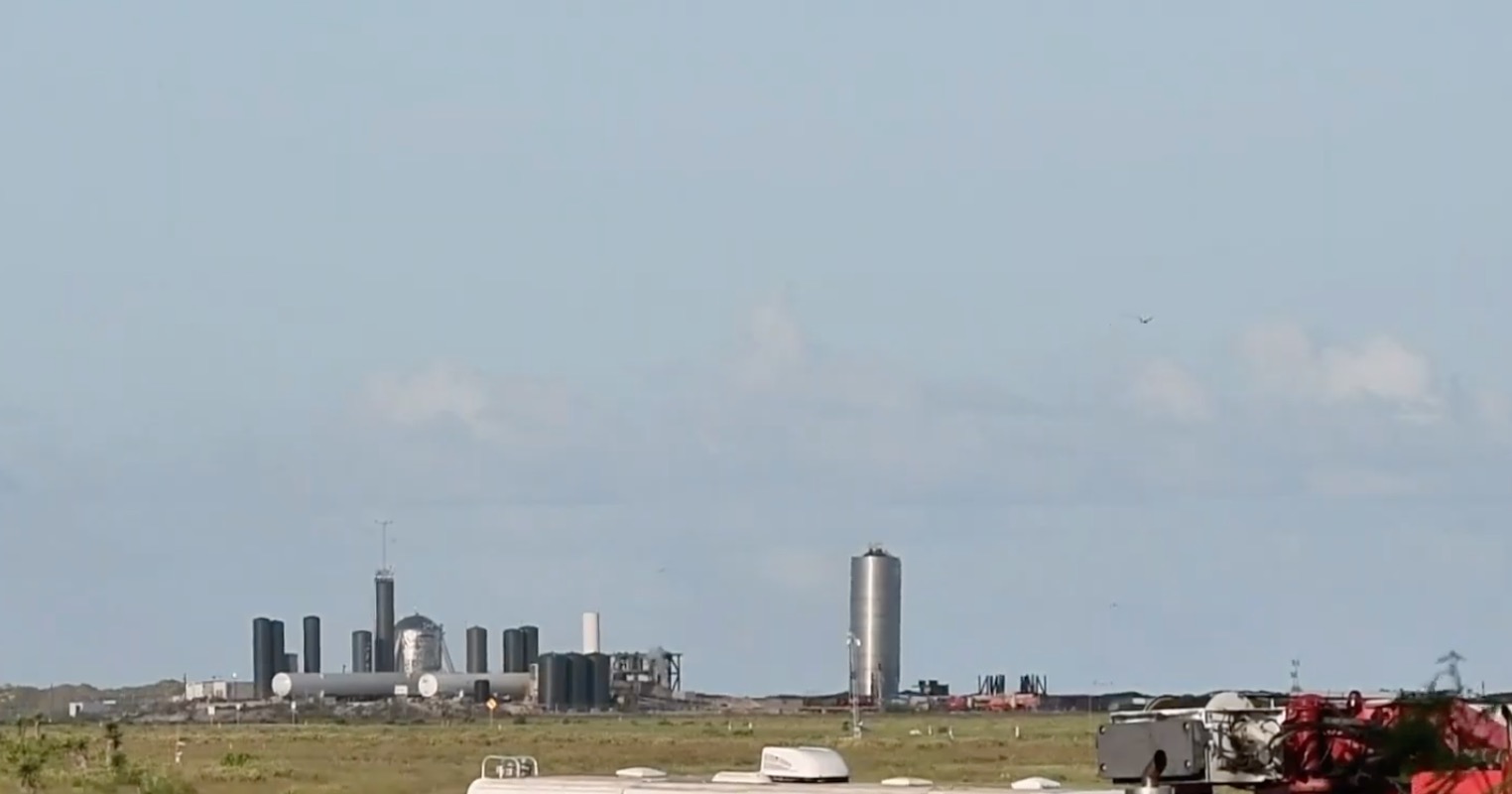 Starhopper previously completed a similar hop in August of 2019. SpaceX has an aggressive prototype development program to attempt to get Starship in working order, with the ambitious goal of flying payloads using the functional orbital vehicle as early as next year. Ultimately, Starship is designed to pair with a future Falcon Heavy booster to carry large payloads to orbit around Earth, as well as to the moon and eventually to Mars.