In the monitoring world, typically when you spin up a new instance, you pay a fee to monitor it. If you are particularly active in any given month, that can result in a hefty bill at the end of the month. That leads to limiting what you choose to monitor, to control costs. New Relic wants to change that, and today it announced it’s moving to a model where customers pay by the user instead, with a smaller, less costly data component.

The company is also simplifying its product set with the goal of encouraging customers to instrument everything instead of deciding what to monitor and what to leave out to control cost. “What we’re announcing is a completely reimagined platform. We’re simplifying our products from 11 to three, and we eliminate those barriers to standardizing on a single source of truth,” New Relic founder and CEO Lew Cirne told TechCrunch.

The way the company can afford to make this switch is by exposing the underlying telemetry database that it created to run its own products. By taking advantage of this database to track all of your APM, tracing and metric data all in one place, Cirne says they can control costs much better and pass those savings onto customers, whose bills should be much smaller based on this new pricing model, he said.

“Prior to this, there has not been any technology that’s good at gathering all of those data types into a single database, what we would call a telemetry database. And we actually created one ourselves and it’s the backbone of all of our products. [Up until now], we haven’t really exposed it to our customers, so that they can put all their data into it,” he said. 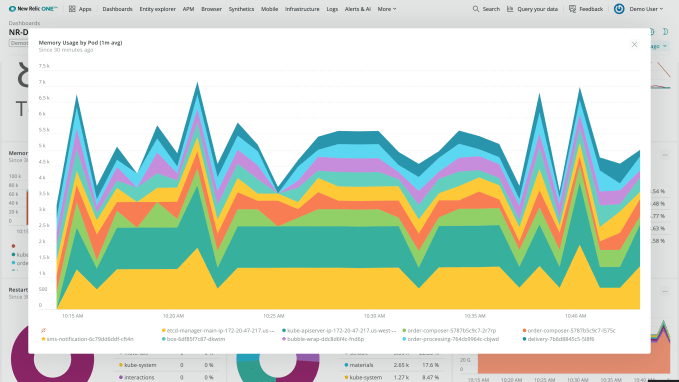 The company is distilling the product set into three main categories. The first is the Telemetry Data Platform, which offers a single way to gather any events, logs or traces, whether from their agents or someone else’s or even open-source monitoring tools like Prometheus.

The second product is called Full-stack Observability. This includes all of their previous products, which were sold separately, such as APM, mobility, infrastructure and logging. Finally they are offering an intelligence layer called New Relic AI.

Cirne says by simplifying the product set and changing the way they bill, it will save customers money through the efficiencies they have uncovered. In practice, he says, pricing will consist of a combination of users and data, but he believes their approach will result in much lower bills and more cost certainty for customers.

“It’ll vary by customer, so this is just a rough estimate, but imagine that the typical New Relic bill under this model will be a 70% per user charge and 30% data charge, roughly, but so if that’s the case, and if you look at our competitors, 100% of the bill is data,” he said.

The new approach is available starting today. Companies can try it with a 100 GB single-user account.