Today after the bell, Apple, Alphabet, Facebook and Amazon reported their earnings results. Each bested expectations, and all but one are up sharply in after-hours trading.

Coming on the heels of a day’s worth of congressional hearings in which the four companies highlighted competition and downplayed their market position, the results are loud. The group’s collected earnings beats are especially impressive given that they came during a quarter in which the economy contracted, meaning that their combined, relative share of the U.S. economy went up sharply during the period.

Let’s chat about each to collect high-level results, and check in on Apple’s stock-split news that is sure to keep Wall Street talking for days to come. 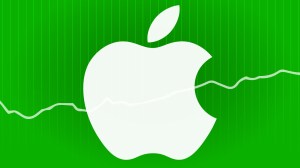 Apple reported Q2 2020 revenue of $59.7 billion, up 11% from the year-ago period. This was ahead of expectations, with the street anticipating $52.25 billion, according to Yahoo Finance averages.

The hardware-and-software giant also reported earnings per share (GAAP, diluted) of $2.58, up 18% from the year-ago quarter. This also beat expectations, with investors expecting a slimmer $2.04, again, according to Yahoo Finance data.

And Cupertino announced that it will split its stock four for one, something that Apple said that will make its “stock more accessible to a broader base of investors.” In the age of fractional-share investing, the move feels somewhat meaningless. The Dow Jones Industrial Average, however, is price-weighted, and Apple is a component, so perhaps that has something to do with the choice.

Apple shares are up 4.7% in after-hours trading, after gaining more than a point during regular hours.

Why is SAP spinning Qualtrics out via an IPO? 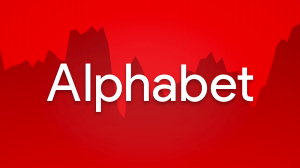 Alphabet is a slightly more complicated story, with the company actually shrinking on a year-over-year basis, though still besting expectations.

The search giant reported $38.3 billion in revenue in Q2 2020, ahead of an expected result of $37.36 billion. As Alphabet reported $38.9 billion in the year-ago quarter, Alphabet was smaller this year than the last.

The company’s earnings per share also fell, from $14.21 in the year-ago quarter to $10.13 per share (GAAP, diluted). Again, however, that was ahead of an expected result of $8.34. Shares of Alphabet are roughly flat after its report.

Why is its stock down despite beating expectations? Because shrinking is not great, and perhaps because its “Other Bets” business collection posted negative operating income of $1.12 billion in the quarter, a worse result than it recorded in Q2 2019. That’s a big expense. 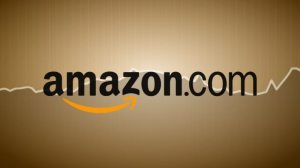 Amazon had a killer quarter, including revenue of $88.9 billion, up from $63.4 billion in the year-ago quarter, and ahead of an expected result of $81.53 billion.

The company also managed to earn $10.30 per share (GAAP, diluted), far ahead of an expected result of $1.46, per Yahoo Finance figures.

The only possible mark against Amazon was that AWS, the company’s cloud computing service, only grew 29% in the quarter. That was slower than the 33% it recorded during Q1 2020, and, as CNBC notes, was dramatically slower than what Microsoft’s competing Azure product managed when it reported recently.

Still, shares of Amazon are up around 4.9% in after-hours trading, after gaining 0.6% during regular trading. 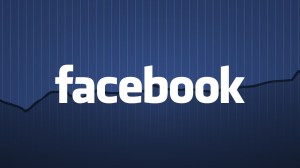 Facebook’s quarter was a single, extended finger at those trying to nudge the social giant into shaking up its content policies. The company reported $18.7 billion in revenue, up 11% from its year-ago result of $16.9 billion. Investors had expected just $17.4 billion in top-line.

Unsurprisingly, off the back of that revenue beat, Facebook bested earnings per share expectations, reporting $1.80 in per-share profit, up nearly 100% from its year-ago result of $0.91 per share, and far ahead of an expected $1.39.

Facebook shares are up nearly 6.5% in after-hours trading, after gaining about half a point during regular trading.

Hot damn, is tech doing better than the rest of the economy as millions are out of work, and Congress can’t figure out if supporting its own population during a global pandemic and economic crisis is, you know, a good idea. These results will do precisely nothing to dampen concern that Big Tech is too big.