Chinese electric vehicle and parts manufacturer Kandi Technologies Group is officially bringing two EVs to the United States through its subsidiary Kandi America — news that has prompted run up in its share price in the past day.

Kandi Technologies has been talking about bringing EVs to the United States for a couple of years. Now, two models are arriving as early as the end of 2020, beginning in a limited area in Texas. Both are priced under $30,000 before federal incentives. 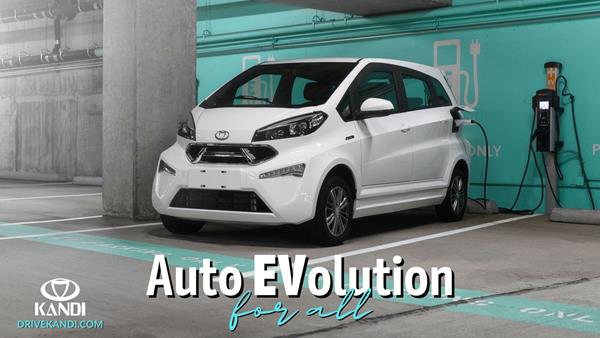 The two models heading to the U.S. are Kandi’s compact K27 vehicle that comes with a 17.69 kWh battery and a range of up to 100 miles, according to the automaker (although it’s unclear if these are EPA estimates or another standard). The K27 starts at $20,499, and is eligible for the $7,500 federal income tax credit. That would put the K27 at just under $13,000, although, again, it’s unclear if this includes the destination fee.

The larger K23 is also coming to the U.S. market. This small electric SUV has a 41.4 kWh battery and a driving range of more than 180 miles. The K23 starts at just less than $30,000, again, before applying federal incentives.

Both of those vehicles, even without the federal incentives, are less expensive than other EVs sold in the U.S., including the Tesla Model 3, Nissan Leaf, Hyundai Ioniq and Kia Kona EV — to name a few.

“Electric vehicles have been valued for years for their efficiency, sustainability and innovation. However, owning the ‘it’ car often eluded consumers who desired a great EV alongside all the other comforts of modern living. Kandi is changing that by revolutionizing the EV-buying experience for many,” Tai said. “Kandi’s mission is to make electric cars accessible to all.”

The two models clearly hit the affordability standard. The question is whether they will tick the other important boxes for customers here, a list that includes reliability and performance.

The vehicles will be sold by Garland, Texas-based Kandi America, the trade name of Kandi’s wholly owned subsidiary SC Autosports, LLC. Sales will initially focus on the Dallas-Fort Worth area, the company said.