When founders start fundraising is as important as how they make their pitch to investors.

Timing matters and it’s more complicated than founders might realize, but it’s not just about picking the right month or time of day. Finding the right time to fundraise requires a micro- and macro-level strategy, according to Jake Saper of Emergence Capital, who joined TechCrunch’s virtual Early Stage event last week.

“There are really two angles to think about,” Saper said. The first is the macro perspective that takes into account the general flow of deals in the industry. Then there’s the micro timing that is specific — and different — for every startup, he added.

While Saper was particularly focused on giving advice to startup founders who have already raised a seed round and are preparing to raise a Series A, he said that most of his guidance can be applied to companies at a variety of funding stages. Let’s get started with the basics.

January and February, followed by September, are the most active months for investors, based on data from DocSend that measured visits per pitch deck sent out by entrepreneurs each month. 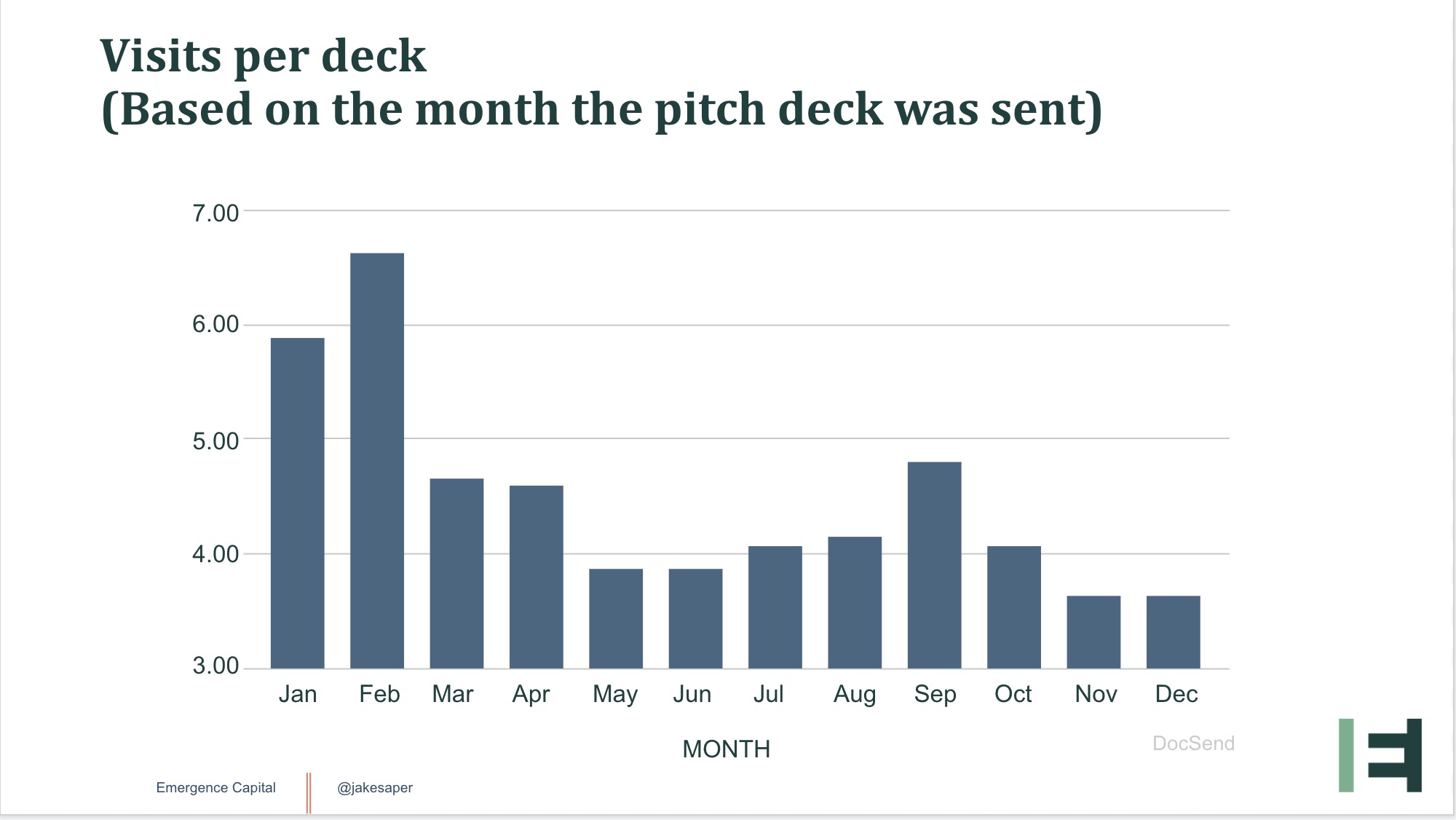 This fits with Emergence’s anecdotal evidence. The firm sees founders who spend a lot of December preparing for a big launch or fundraise in January and February, Saper said. By the time founders begin sending decks out in January, VCs are back from holiday vacations or other tech-related events, like CES. The same rhythm begins in summer with founders using these months to prep for fundraising in the fall.

While this is a common time to pitch VCs, keep in mind that you’re also fighting for their attention, Saper said.