Google One, Google’s subscription program for buying additional storage and live support, is getting an update today that will bring free phone backups for Android and iOS devices to anybody who installs the app — even if they don’t have a paid membership. The catch: While the feature is free, the backups count against your free Google storage allowance of 15GB. If you need more you need — you guessed it — a Google One membership to buy more storage or delete data you no longer need. Paid memberships start at $1.99/month for 100GB. 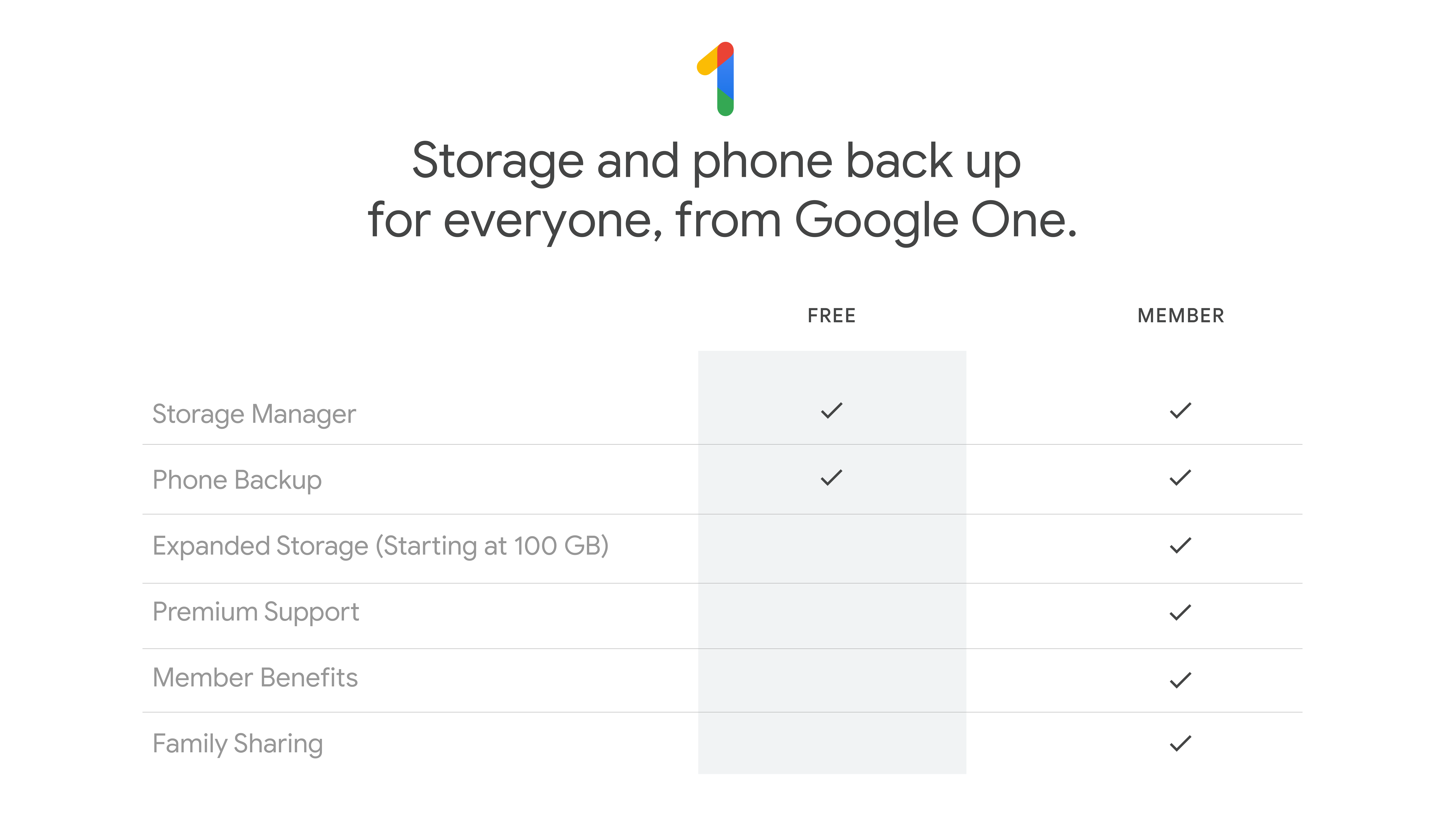 Last year, paid members already got access to this feature on Android, which stores your texts, contacts, apps, photos and videos in Google’s cloud. The “free” backups are now available to Android users. iOS users will get access to it once the Google One app rolls out on iOS in the near future.

With this update, Google is also introducing a new storage manager tool in Google One, which is available in the app and on the web, and which allows you to delete files and backups as needed. The tool works across Google properties and lets you find emails with very large attachments or large files in your Google Drive storage, for example.

With this free backup feature, Google is clearly trying to get more people onto Google One. The free 15GB storage limit is pretty easy to hit, after all (and that’s for your overall storage on Google, including Gmail and other services) and paying $1.99 for 100GB isn’t exactly a major expense, especially if you are already part of the Google ecosystem and use apps like Google Photos already.