GitHub today announced that it will start publishing a public roadmap to help its users understand when it will ship new features across its various versions of the GitHub code repository and products like GitHub Actions, its mobile app and its security tools.

“What we’re trying to do is provide a way for people to see what’s coming, join in that dialogue and give us feedback and be able to collaborate with us,” GitHub’s SVP of Product Shanku Niyogi told me.

He also noted that as the company’s enterprise business has grown, the need for customers to be able to prepare for what’s coming next has also increased. Until now, GitHub often provided this information to some of its larger customers directly (through good-old slide decks), but that same information will now be available to all. To Niyogi, this is essentially about “building GitHub more the way that people build software on GitHub already.” 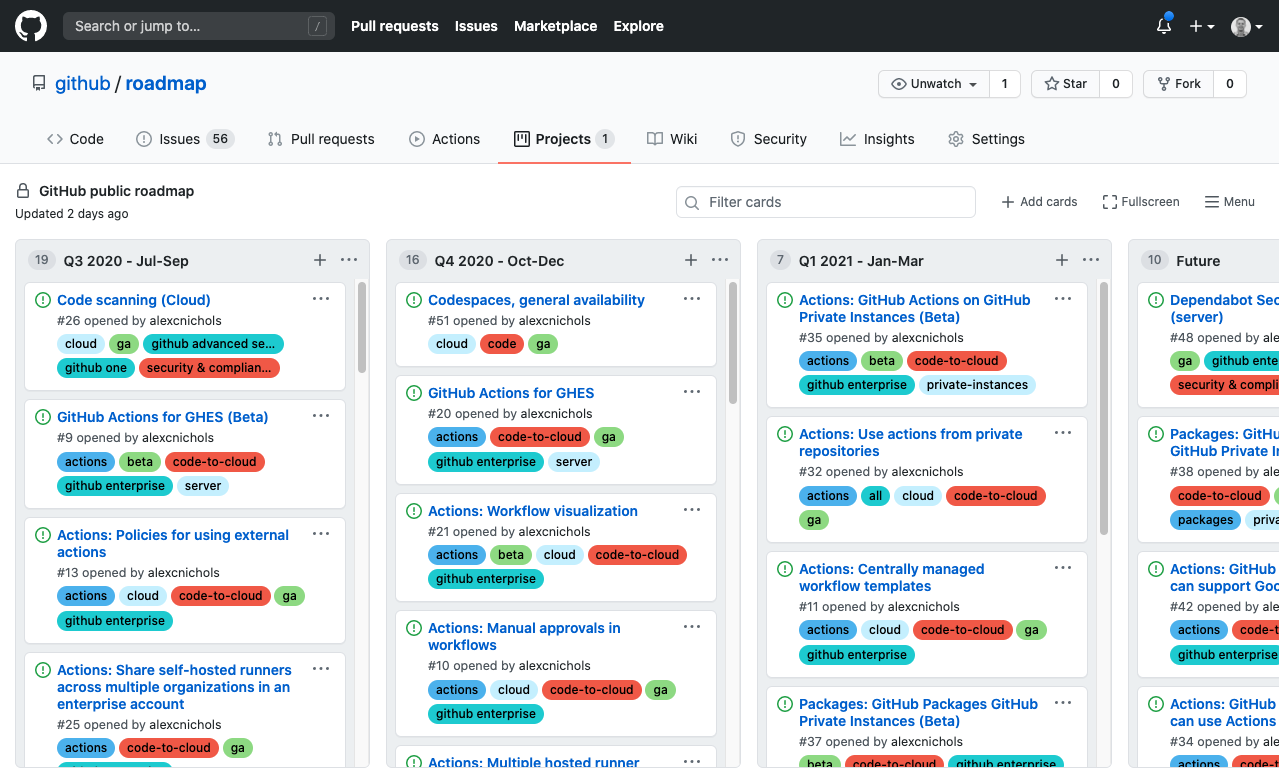 Unsurprisingly then, the roadmap lives in a GitHub repo. Everything will be tagged based on the feature, the product it affects and its development stage. Over time, GitHub plans to attach more artifacts to every item, including screenshots, for example.

The company is also using its own product to give users the ability to give feedback through GitHub’s recently launched Discussions feature, for example. 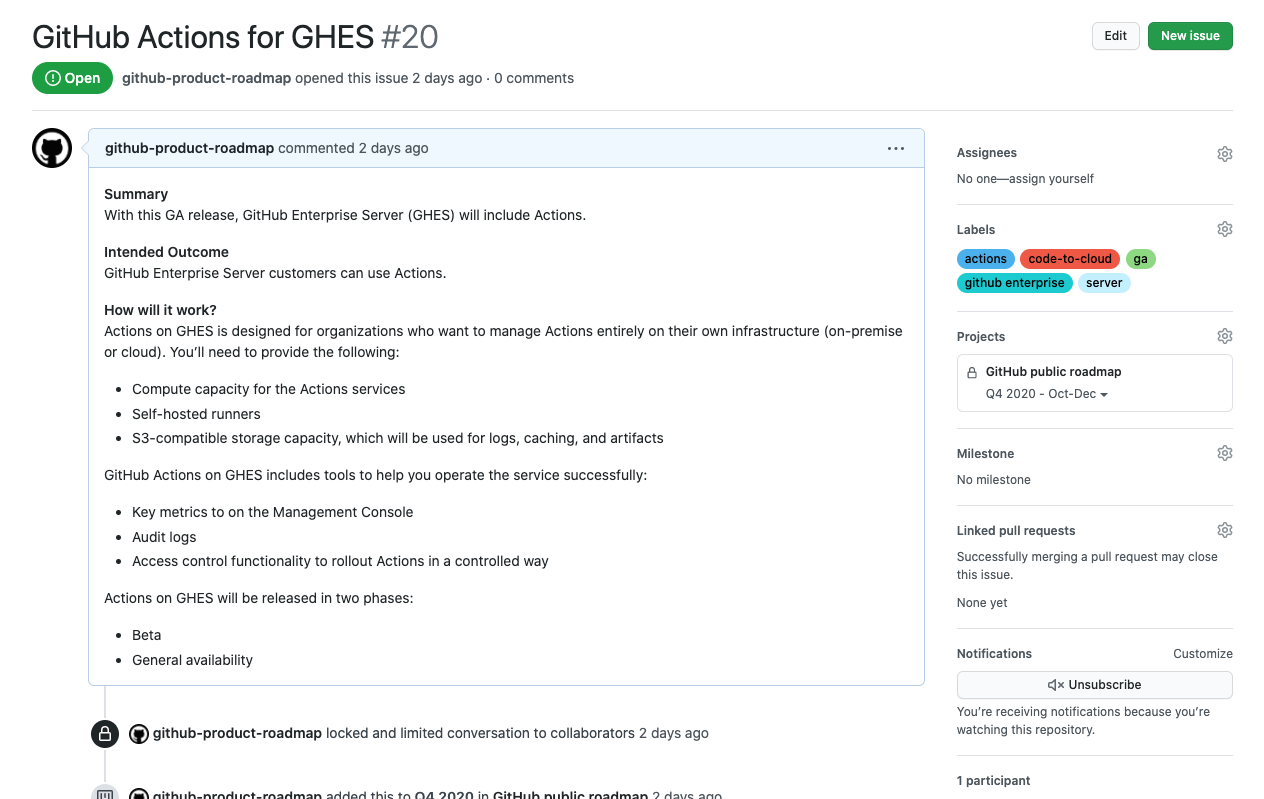 In its current iteration, the roadmap looks about a year ahead. “We’re not going to necessarily go throw things on here that we’re looking at five, six years ahead,” Niyogi said. “But as things start to kind of get into that horizon for us, we’ll have that. As happens with software development, you can always expect changes, so we want to be comfortable with that.”

Users can also sign up for notifications when anything on the roadmap changes.

The new roadmap is now live on GitHub.

GitHub gets a built-in IDE with Codespaces, discussion forums and more