Apple is expanding its relationship with media mogul Oprah Winfrey. The company announced today its plans for a new series, “The Oprah Conversation,” which will feature timely discussions between Oprah and “newsmakers, thought leaders and masters of their craft” across a range of topics. The first few episodes will focus on conversations around race, given recent events like the BLM protests.

The series, which was filmed remotely during the pandemic, will begin on July 30 at 4 PM PST with an episode titled “How to Be an Antiracist,” which will see Oprah and bestselling author Professor Ibram X. Kendi talking with book readers who are on a journey to learn how to become anti-racist. This episode will then be followed by a two-part interview with athlete, commentator, activist and creator and host of “Uncomfortable Conversations with a Black Man,” Emmanuel Acho on August 1.

The show’s format will include Oprah speaking with guests, but will also incorporate audience engagement, like viewer questions. 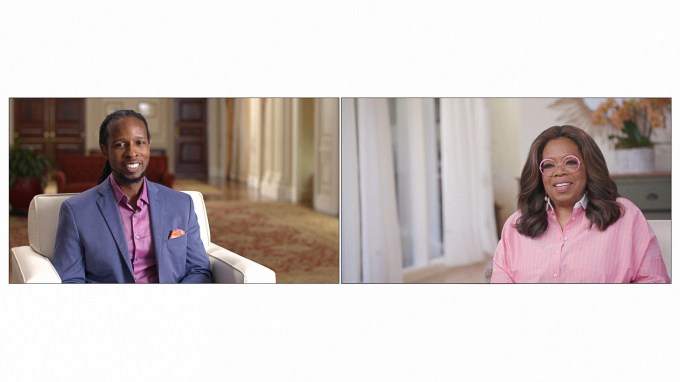 This is the third series that Oprah is now doing for Apple, having launched “Oprah Talks COVID-19” in late March, and “Oprah’s Book Club” last year, as part of her multi-year agreement with the company. Another show, produced in partnership with Prince Harry and focused on mental health, has yet to arrive. Oprah also participated in Apple’s documentary series, “Visible: Out on Television.”

Unfortunately for Apple, Oprah’s multi-year deal is overlapping with a pandemic that has shut down TV production, leading to the launch of these “filmed remotely”-style series.

Oprah’s COVID series, for example, was quickly put together in reaction to the health crisis and used lower production values, making it a first of its kind on Apple TV+. Before its arrival, Apple TV+ content had been highly produced and offered in 4K. But those initial experiments in remote TV production made further shows like this new series possible.

While much of Apple TV+ content requires a subscription, “The Oprah Conversation” will debut exclusively on the service for free on Thursday, July 30, Apple says. After the first free episode, the remainder of the series will require a $4.99 per month Apple TV+ subscription to view. The Apple TV+ service is available across devices, including Apple’s own, as well as select smart TVs, Amazon Fire TV and Roku.