Streaming media platform Plex announced today it’s further expanding into live TV with the addition of over 80 free live TV channels accessible by free users and subscribers alike. The company had already allowed consumers to capture and record live TV by way of a digital antenna and tuner connected to a Plex media server, but this required investment in additional hardware and involved a more complicated setup process.

While none of these are big names, they expand Plex’s service with a range of free content where you might catch something interesting upon browsing — like a cooking show, old movie, classic TV episode, funny video or kids cartoon, for instance. 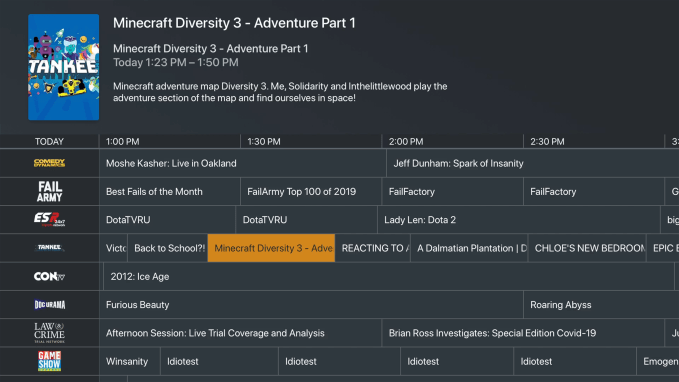 Initially, Plex users will access the service from a new section called “Live TV On Plex.” From here, you’re taken to a more traditional grid guide that shows you what’s currently airing on each channel and what’s coming up in the hours ahead. In the future, Plex says it aims to integrate the free live channels with its existing product for recording from live TV via the over-the-air antenna, in order to simplify navigation.

Unlike with its current Live TV product, you can only tune into and watch the free live TV programs — you can’t record the shows or movies. However, in true Plex fashion, it’s making it easy to customize the guide to your particular interests, by allowing you to do things like reorder channels to your liking or even hide those you don’t care about. 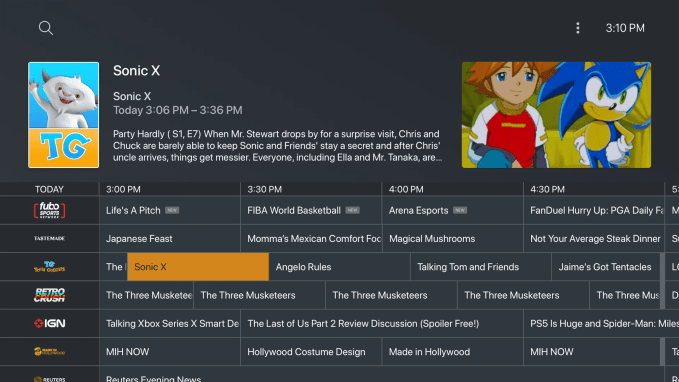 The free content is supported by programmatic advertising, which also supports Plex’s on-demand Movies & TV library and its free News offering. The company says it has no plan to directly sell its own ads for any of these properties, but its continued expansions into ad-supported content have begun to return revenue.

The company declined to speak to its specific revenue situation. But Plex co-founder and Chief Product Officer Scott Olechowski described the numbers as getting “interesting.”

“It’s now becoming interesting enough that we’re able to expand this footprint, the licensing we’re doing, the resources we’re putting into it, and the marketing we’re doing it around it,” he explains. “Because of [Plex’s] independence, the quality of the catalog, and the quality of the app, the amount of interest we’re getting from demand partners is pretty impressive,” Olechowski adds.

Plex also may benefit from the increasing battles between media giants to run their own, competing free TV platforms. For example, Fox Corp. acquired free streaming service TUBI in March and ViacomCBS now runs the free service Pluto.TV, acquired last year. As these services now operate as an arm of corporate giants, it makes sense for them to highlight and promote the parent company’s own content over niche, third-party channels, where the revenue take is smaller.

Now that the service has launched, Plex says the plan is to further expand its lineup with more channels in time, potentially including those it programs itself using content from its existing free Movies & TV library. Longer-term, Plex envisions creating even more personalized channels for its users, which would include content from its free services combined with content from your own media library.

More broadly, the company sees live TV as another hole to plug on its way to becoming a comprehensive media platform that includes not only access to users’ personal libraries, but also live and on-demand TV and movies, podcasts, music, news, web shows and more. The company is still working to add a movies and TV rental and purchase library, and is figuring out a way to direct users to off-platform content, perhaps by way of its movie and TV database, Plex Mediaverse.

The new live TV channels are rolling out now in the U.S. and other international markets, where supported.