The duo plan to invest in French founders who have a global mindset: They might be based in France and willing to relocate to the U.S., in the U.S. already or they might be starting a remote company from day one.

According to Diaz and Abehassera, French engineers and product designers have the right mindset to tackle hard problems, but they don’t necessarily have access to funding or talent in the U.S. The partners came up with the idea for Diaspora Ventures at the end of April, but in just a couple of months, they went from zero to closing their first investment deal.

As the name suggests, the fund is always raising, so the list will become longer and the total amount of capital raised will grow over time. With this new format, venture funds could become a sort of subscription product.

I talked with Ilan Abehassera about AngelList Rolling Venture Funds to understand how it works. The interview was edited for clarity and brevity.

TechCrunch: What is Diaspora Ventures?

Ilan Abehassera: Over the past few years, we’ve talked with a lot of French VC funds and we realized that French funds don’t really know how to finance French entrepreneurs in the U.S. 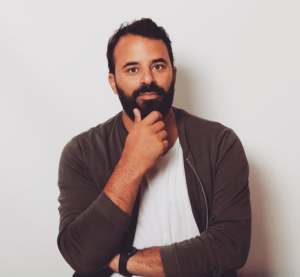 As soon as we had this idea in April, we started raising right away. We put together a pitch deck with the investment thesis, we sent it to a few people. We didn’t know if we would be able to raise right in the middle of the COVID-19 crisis. Some of them told us that it wasn’t the right time. But enough people said yes that we decided to go forward and created the fund with AngelList.

Can you describe how AngelList Rolling Venture Funds work?

Those funds are evergreen funds. AngelList has already been creating funds — think about it as funds as a service. I had already been using AngelList’s Venture Funds for my previous fund that was called Avrhm Capital. I made around 15 investments through this small fund. But it was a traditional fund. You decide on the size of the fund, you raise and then you can start investing.