When Upfront Ventures partner Kara Nortman first met Natalie Portman a few years ago to talk about ways their nonprofit organizations All Raise and Time’s Up could collaborate, she never realized they’d eventually be partners on a sports franchise.

Now the two women are co-founders of Angel City, leading a gaggle of venture capital, sports and celebrity investors, alongside Angel City co-founder and President Julie Uhrman, in bringing a National Women’s Soccer League team to Los Angeles by the Spring of 2022.

While it might seem strange to launch a new sports league with an epidemic still raging in the United States, Nortman said that the decision to invest and bring the team to Los Angeles was simple.

For Nortman, the story of Angel City begins with a lifetime love of sports. Growing up in a fanatical sports family in Los Angeles, Nortman was a fan of all the local teams: the Dodgers, the Kings and the Lakers were constantly on television and the family even attended the 1999 Women’s World Cup game at the Rose Bowl. But it was in 2015 when she took her family to see the Women’s World Cup in Vancouver that Nortman’s private passion for soccer began to turn into a more public search to bring more attention to the sport — and the women who play it.

“I was like… ‘Hey! Why won’t you take my money?” Nortman said. Four years ago, the wildly successful women’s national team had a hard time making a living as full-time professional athletes in their chosen sport, Nortman said. 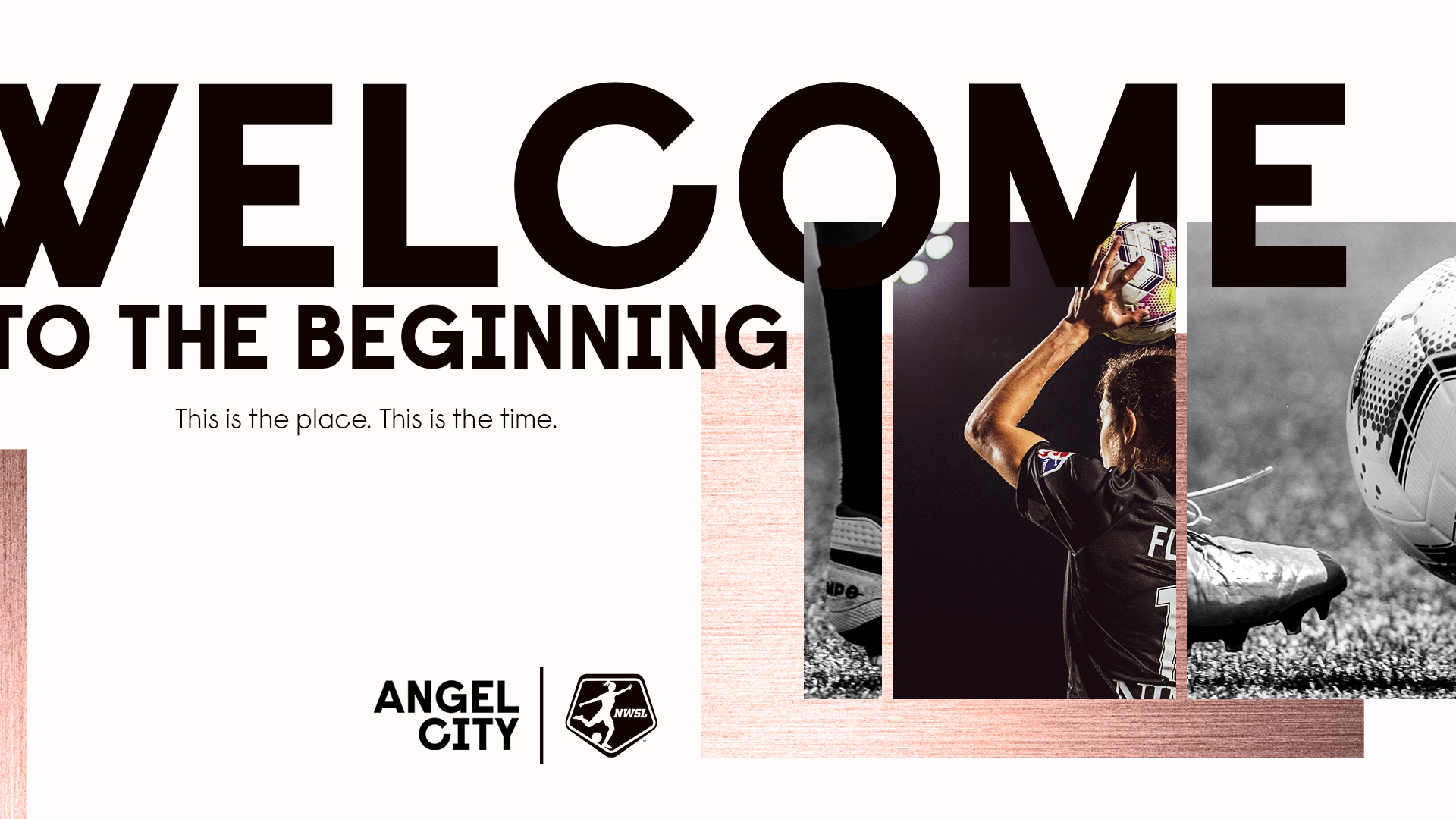 The pay equity fights that the women’s team has led are still ongoing (and suffered a setback earlier this year), but Nortman and Portman saw an opportunity to chart a new course for the league with the combination of their support.

After a meeting to discuss Time’s Up and All Raise, the two bonded over soccer. “She said, ‘Why don’t I bring a bunch of my friends to a game and we can do for them what Jack Nicholson did for the Lakers and ‘Showtime’?” Nortman said.

So the two women started bringing their networks to soccer games and gathering momentum and support for the women’s soccer league and the sport broadly.

Those conversations and trips to watch the National team play a series of friendly games ahead of the 2019 World Cup led to talk of bringing an expansion team to Los Angeles, according to Nortman.

“Around that time Natalie started saying to me ‘Let’s go find a team,’ ” said Nortman. So that’s what the two women did. They held discussions with the league on buying into the franchise and began putting their investor group together.

“What we’re excited about is building the brand and building the best athletes in the world in the city with the biggest soccer audience in the country,” said Nortman. “And we can do it in a way that we could have a female-led group.”

The financial terms of the deal to bring the franchise to Los Angeles aren’t being disclosed, but they definitely run in the tens of millions of dollars. That’s still small potatoes compared to the current valuation of some of the men’s teams like the Los Angeles Football Club that are worth upwards of half a billion dollars, according to some estimates.

For Nortman, running a franchise like Angel City was a full time job — something that she already had. So she tapped her circle of business connections to bring in a president for the group and found Julie Uhrman.

An LA native like Nortman, Uhrman had founded a gaming console business, Ouya, that was backed by Kleiner Perkins, and had gone on to media roles at Lion’s Gate Entertainment and Playboy Enterprises. Equally as important, Uhrman was part of a casual pick-up basketball game among women investors, entrepreneurs and their friends in Los Angeles that Nortman had helped set up.

For each of the founders, activism and community engagement is as important as the business of setting up a new sports business in Los Angeles.

So the group has partnered with the LA84 Foundation, which brings sports to underserved communities. That nonprofit is also a partner with Angel City.

“In 2014, we established the Play Equity Fund, the only nonprofit focused on Play Equity as a social justice issue,” said Renata Simril, president & CEO of the LA84 Foundation. “The Play Equity Fund is committed to driving access to sports for underserved communities, including communities of color, girls, the physically challenged and developmentally disabled. We couldn’t be more excited to partner with this incredible group of women upon the launch of their new undertaking. They are dedicated to making a positive impact for those who need it most.”

The enthusiasm for owning a sports franchise is interesting, given some of the longer-term trends in consumer behavior and an overall decline in interest in live sports. Over the past few years interest in all of the major American sports has waned — audiences for championship events like the NBA Finals, the World Series, the Super Bowl and the Indy 500 are all declining as demographics shift and many people would rather watch Twitch streams than tournaments.

Nortman and Ohanian think they can tap into their tech savvy and come up with ways to help counteract these trends.

Still, first and foremost is the Los Angeles community and getting the city to embrace the franchise and its broader mission.

“Today we take an exciting step by announcing the first women majority-owned and led ownership group. I am thrilled by the opportunity to partner with this incredible group of people to bring a professional women’s soccer team to Los Angeles. Together, we aim to build not only a winning team on the field, but also to develop a passionately loyal fan base,” said Portman in a statement. “We also hope to make a substantive impact on our community, committing to extending access to sports for young people in Los Angeles through our relationship with the LA84 Foundation. Sports are such a joyful way to bring people together, and this has the power to make tangible change for female athletes both in our community and in the professional sphere.”