One thing’s for certain about Amazon’s Scout robot: It’s as much of a brand ambassador as it is an experiment in the future of last-mile delivery. After debuting early last year, the company has limited Scout to select markets — namely Irvine, California and Snohomish County, which neighbors King County, home of Amazon’s corporate HQ. Among other things, the robot is a kind of six-wheeled rolling billboard for Amazon’s services.

It also, according to Amazon, has been a useful tool as the company’s essential worker status has allowed it to maintain operations during the COVID-19 shutdown. Accompanied by human “Scout Ambassadors,” the cooler-sized robots have also continued to work throughout the pandemic.

And starting this week, Scout will expand operations to two cities in the American Southeast: Atlanta, Georgia and Franklin, Tennessee. The first you no doubt know. The second is significantly smaller, with a population of around 80,000, situated directly south of Nashville. In both cases, Scout’s deliveries will continue to be fairly modest, targeting “select customers” in those cities. 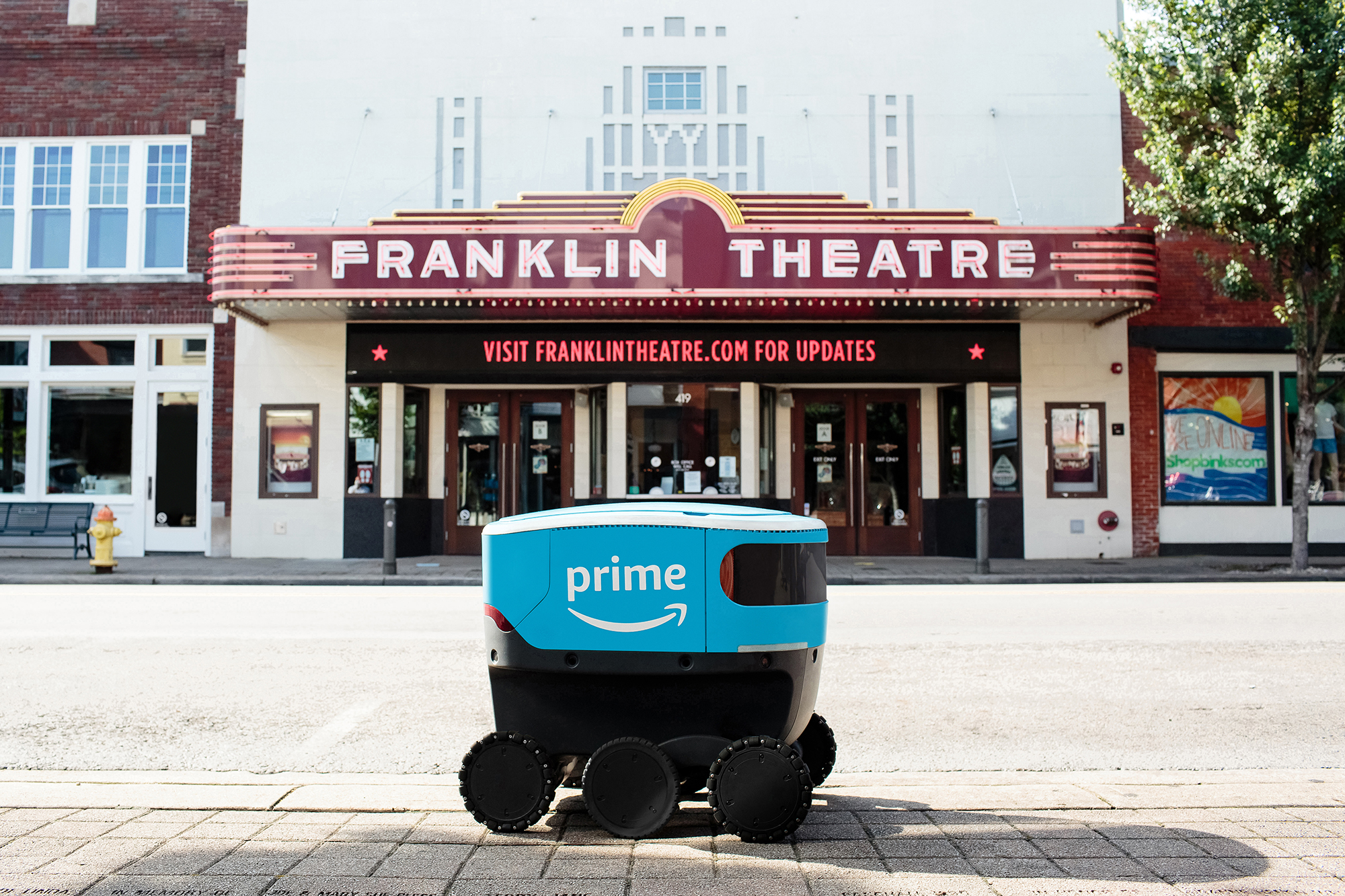 Amazon — like all companies in the robotic delivery game — need to be deliberate in their expansion plans. Some larger cities, including New York and San Francisco, have been less than welcoming to the concept, owing to already crowded urban sidewalks. Amazon’s expansion has largely targeted more residential communities, though Atlanta is certainly an exception, as the company determines how Scout manages different terrain.

The company is also quick to allay safety concerns in the announcement, noting, “Amazon Scout delivery devices are built to be inherently safe. They’re the size of a small cooler and move at a walking pace. Each delivery device can navigate around pets, pedestrians, and other objects (including surfboards!) in its path.” Likely many councils in cities with higher populations will continue to approach the topic with caution.

Amazon is also using Scout to help push additional community outreach, including plans to support robotics and STEM activities in the new cities.