Investors are becoming more bullish on online education platforms in India as startups demonstrate growth at the height of a global pandemic that has severely impacted other industries.

Bangalore-based startup Vedantu said on Thursday it has raised $100 million in its Series D financing round, just five months after it closed its Series C funding.

U.S.-based Coatue led the six-year-old Vedantu’s new financing round, with participation from some existing investors. The new funds valued Vedantu at $600 million, up from $275 million in February this year when the startup closed its extended Series C round. Vedantu has raised about $200 million to date.

Vedantu offers live and interactive courses for students in grades six though 12 — and in recent months it has expanded its catalog to serve students from grade one to five as well, said Vamsi Krishna, co-founder and CEO of the startup, in an interview with TechCrunch.

Students who have enrolled for the interactive sessions are required to answer questions every few minutes by tapping on their smartphone screen or on the desktop. They also can raise questions at the end of the session. Some of these sessions are free for students, but a selection of it requires a subscription, said Krishna.

Vedantu serves 25 million students each month. The startup has amassed an additional 2 million students in recent months as schools closed across the nation after New Delhi enforced a lockdown.

Krishna said Vedantu is adding to the platform more than 20,000 paying subscribers each month. More than one million students attend live classes on the platform each month, he said. In recent months, the startup has also introduced coding courses for students.

Opportunities for online education platforms in India, according to research by VC firm Blume Ventures.

Because Vedantu operates virtual classes, it has been able to accommodate more students in a session. A paid session may have as many as 600 students, while the free lessons could have 2,000, said Krishna, who is a teacher himself. Until early 2014, he also ran Lakshya Institute, which helped students prepare for undergraduate-level courses, before selling a majority stake to Mumbai-based K-12 tutoring and test preparation firm MT Educare.

Running a tech platform has also enabled Vedantu to offer its subscription service at a more affordable price than a typical offline coaching equivalent that can cost users anything between a few hundred dollars to a few thousand. To ensure that students are paying attention and identify their weaknesses, Vedantu says it has built a patented system called WAVE that evaluates about 70 parameters, including whether the student is looking at the screen. More than 90% of its students engage with the session, said Krishna, who added that the startup was working on a new iteration of WAVE. 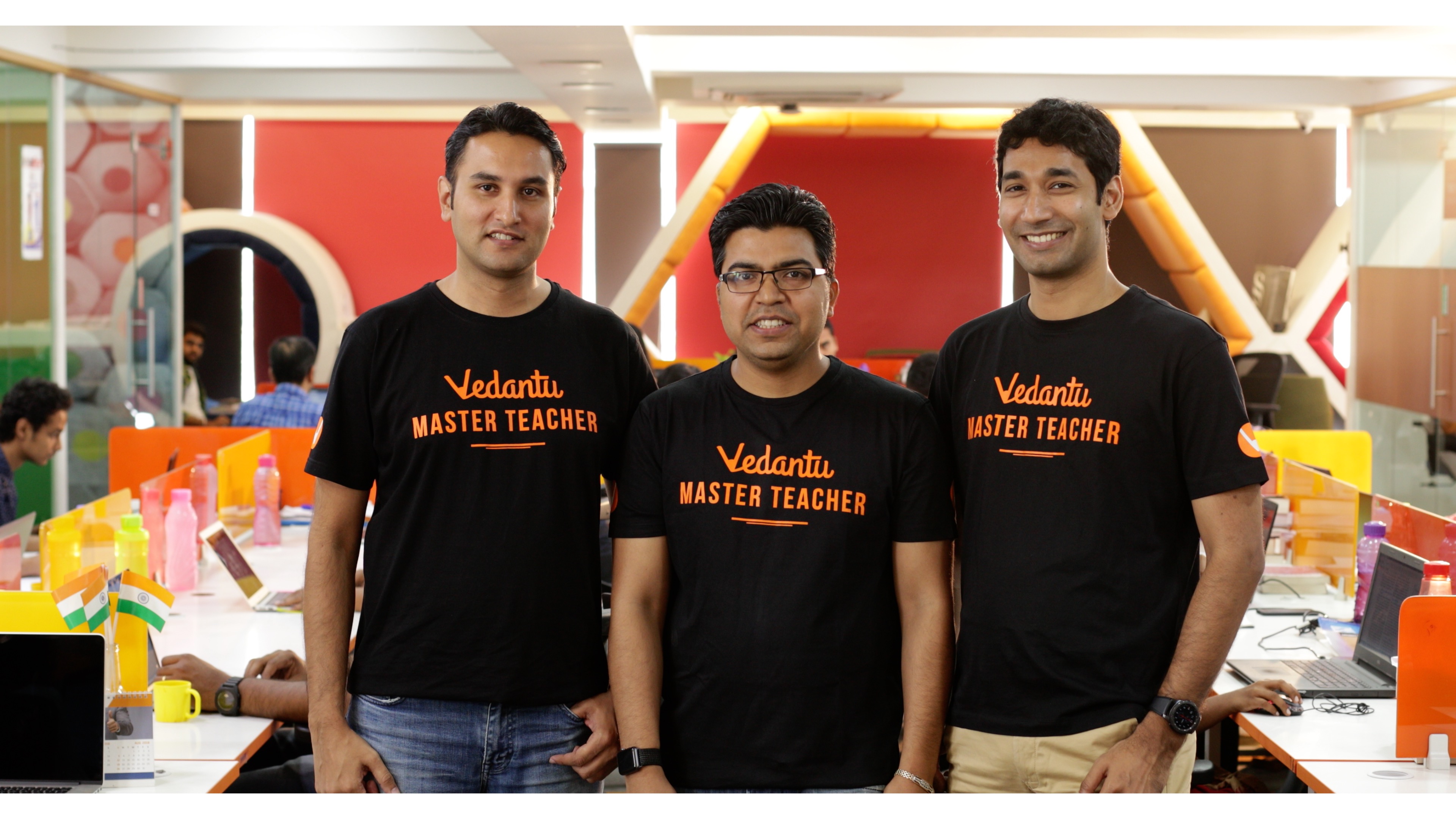 The fundraise by Vedantu comes as investors rush to secure deals with edtech startups in India and major giants look for merger and acquisition opportunities with younger firms. Byju’s, which is now valued at $10.5 billion, raised an undisclosed amount from Mary Meeker’s Bond last month. Unacademy, which raised $110 million from General Atlantic, Sequoia Capital India and Facebook early this year, is in talks with investors to finance its new round.

“Online learning adoption in India is at an all-time high setting a new benchmark for the rest of the world. As we continue to focus on driving high-growth ventures, our investment in Vedantu marks our entry into the Indian EdTech market. This move underlines our strategy to partner with companies that are strategically positioned for high growth & scale. We are excited to partner Vedantu in their next stage of growth,” said Rahul Kishore, managing director at Coatue, in a statement.

Vedantu, which last month invested $2 million in InstaSolv, a startup that operates an app to help students clear their doubts, is open to investing in more startups as well, said Krishna.

The fresh capital Vedantu has raised, he said, will be deployed to expand to new categories and reach more students, especially in smaller towns and cities of India. Existing investors Tiger Global, GGV Capital, Omidyar and Westbridge Capital also participated in the new round. Accel and Tiger Global are among the earliest investors in Vedantu.