Can a bank charge for software? That’s the existential question Monzo appears to be asking itself with its second — or, possibly, third — attempt at launching Monzo Plus, a premium version of its popular current account.

In an uncharacteristic (and very public) misstep, Monzo originally launched a version of Monzo Plus in 2019, only to can it five months later and go back to the drawing board, reportedly dispensing much of the team in the process. Monzo Plus version two was then developed and reportedly “oven ready,” to borrow a phrase from British Prime Minister Boris Johnson, only for it to be placed in the deep freeze after the coronavirus pandemic took hold. The new Monzo Plus was heavy on travel perks, but with travel restrictions and lockdown policies in much of the world, product-market fit was abruptly left wanting.

Enter the new new Monzo Plus, a pandemic-proof deviation from the more traditional packaged bank account. Costing £5 per month, rather than bundle a host of perks that might otherwise be up-sold individually, such as travel or gadget insurance or additional cash-back and merchant discounts, as many other banks and fintechs do, this third Monzo Plus attempt is more akin to a paid-for software upgrade. Think a SaaS model versus cable TV where you typically pay for a bunch of channels, including ones you probably never watch, although Monzo isn’t ruling out a packaged bank account product in the future, perhaps along the lines of the one it originally had planned.

In the challenger bank’s own words, the new Monzo Plus offering being rolled out gradually from today is designed to give customers “full financial visibility and control over their money” and includes a host of additional and sometimes power-user features that it thinks a proportion of customers will be happy to pay for.

These include third-party bank account aggregation, virtual debit cards, custom transaction categories, spreadsheet export and credit score updates. Monzo Plus customers can also earn interest on their balances of up to £2,000, and there are a number of more traditional perks, such as discounts at partner merchants and £400 of fee-free withdrawals abroad.

“I think it’s very obvious that we’ve tried this a few times and it hasn’t worked out,” Mike Hudack, Monzo’s recently recruited chief product officer, tells TechCrunch. “I think there are a lot of reasons for that, but I think the biggest lesson for us as an organisation to take away is that we need to fulfill Monzo’s promise of creating something really polished [and] well thought through, which creates a lot of value for customers. And that’s what people expect from us.”

After being brought on full-time in February and consulting for the upstart bank 11 months prior, Hudack says the product team decided to spend a lot of time trying to understand why people love Monzo in the first place. “Why do people use us? Why do they participate? And the answer is very clear from [the] research, we give people more visibility and control over their money. It’s really that simple,” he says.

On trying to bring what I frame as a SaaS model to consumer banking, Hudack says it’s clear that there is software in the world that is worth paying for and he doesn’t see any reason why that should be different for a bank, especially one like Monzo that acts like a software company as much as it does a financial institution.

“This software has the potential to really meaningfully change people’s relationship with their finances and help them manage their money better, and help them, you know, save towards a house and and save towards the downpayment and understand that the credit is in good shape to get that mortgage,” he argues. “And I think that is a package of value, which is super compelling and the sort of thing that we can provide fairly uniquely in the market. I think that’s an important thing for us to do. And again, it doubles down on something that people already love us for.”

The new new Monzo Plus, in its chief product officer’s own (on the record) words

“The first thing we’re doing is we’re giving people tons of visibility over their other bank accounts within Monzo. If you think about the thing that people say about us, giving people ‘visibility and control over their money,’ we think that in order to do that, we have to bring all your accounts in, you have to be able to see everything in the app.

“I’ve had this set up in the app for a long time. I think it changes your relationship with Monzo; it becomes more of a financial hub. And it gets further to fulfilling our mission. And it’s incredibly easy to set up, you just go, you tap a few times, you fast switch between apps and then you’ve got it. And this, again, is building on part of our redesign in terms of being able to swipe back and forth between accounts very easily.”

“The next thing we’re doing in order to give people more control is we’re giving them disposable card numbers. So the ability to just go in to Uber, to Netflix, and use a different physical card. If you’re transacting somewhere else where you think you might have to delete the card number later, I think that’s a very powerful thing, but also if you lose your physical card, all your subscriptions, keep working forever.”

“Customers have been asking for custom categories, [and] for more powerful budgeting features. Custom categories give the ability to split individual transactions across multiple categories. And then there are people who really want to go to town with budgeting. This is something that I used to do, that I no longer have enough time for. But I used to export everything, put it in Google Sheets, build charts and graphs and sit down with my wife and drive her crazy with our monthly burn rate and what we’re doing and that we’re spending, you know, an absolutely absurd amount of money on Ubers every month. And there’s a set of people who love this, who really want this and who find value in the budgeting features that we offer in the app, but really want to geek out on this. And for them, we’re now doing auto exporting to Google Sheets. In real time, you can go in and you can do whatever you want there.

Out with hot coral, in with holographic blue 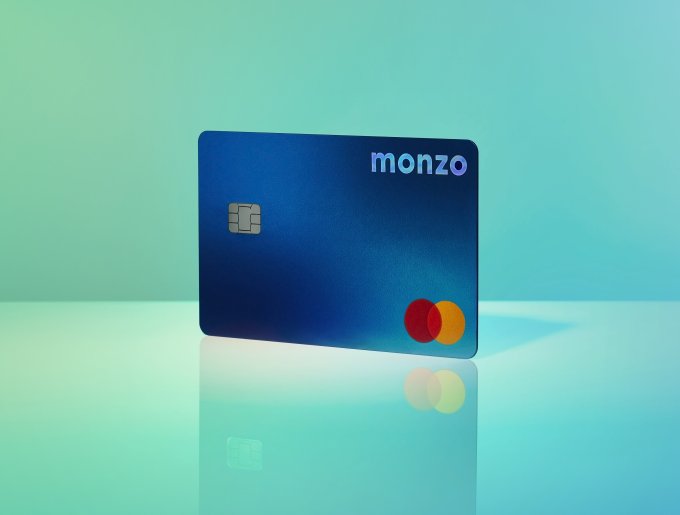 “The other part of this, which I think is incredibly important, is we have this really iconic hot coral card. And, you know, I think it’s a big part of our growth story. And, you know, to a certain degree, Monzo is fashion, you go to a pub, you pull out your hot coral card, you tap it and people know that you’re part of the tribe. And so it was an incredibly huge challenge for us to figure out how to build on that [and] give people a premium card that lives up to that promise of hot coral. And we spent so much time on this, we went to so many card manufacturers, created a huge number of different prototypes and samples, the amount of time that we’ve spent passing different versions back and forth. And the thing that has come out of that, I think is absolutely beautiful. As beautiful and more beautiful than the coral card. I’ve had in my wallet now for weeks, and it’s just, it’s beautiful. Like it glints in the sunlight, you kind of move it around, and it’s holographic. And you see it kind of three dimensions, the light just shimmering off of it. And it has taken first position in my wallet. You pull it out and go to a restaurant and people just comment on it. And I think that that’s going to be a huge thing for people as well.”

“I think that if you put all this together, you’ve got a really beautiful picture, but we’re also offering people interest on their balance, incredibly competitive interest at this point. We’re adding to the full picture of your finances by adding regular credit tracking. And then we’re helping people save on a regular basis more powerfully by doing advanced roundup, supercharging the roundups and then additional fee-free cash abroad on cash deposits and offers.

“I think that one of the things that you’ll find about this is it feels good in the hand. Like everything about it, the interactions, the way that you feel it. It’s a polished, complete proposition for people in a way that I think that we could have done better in the past, if you’ll allow me to say that.”