Apparently, the internet is still popular.

With the novel coronavirus marooning people at home for work and play, those “tubes” carrying our data back and forth have become ever more important to our livelihoods. Yet while we often as consumers think of the internet as what we buy from a service provider like Spectrum or TechCrunch’s parent company Verizon, the reality is that businesses need key network services like DNS and IP Address Management in order to optimize their performance and costs.

That’s where New York City-based NS1 has done particularly well. My colleague Ron Miller first covered the company and its founding story for us two years ago, as part of our in-depth look at the New York City enterprise software ecosystem. Fast forward two years, and NS1 couldn’t be doing better: in just the first quarter of this year, new customer bookings were up 159% year over year according to the company, and it currently serves 600 customers.

That traction in a critical infrastructure segment of the market attracted the attention of even more growth capital. Today, the company announced that Energy Impact Partners, which has traditionally invested in sustainable energy startups but has recently expanded into software and internet services, is leading a $40 million Series D round into the startup, bringing its total fundraising to date to $125 million. The round was led by Shawn Cherian, a partner at EIP who just joined the firm at the beginning of June (nothing like getting a deal done your first day on the job).

Kris Beevers, cofounder and CEO of NS1, said that COVID-19 has had a huge impact on the startup’s growth the past few months. “For example, [a] large software customer of ours [said] that our number two KPI for our coronavirus task force is network performance and saturation as managed by NS1.” Customers have made network management significantly higher priority since degradations in latency and reliability can dramatically limit a service’s viability for stay-at-home workers and consumers. 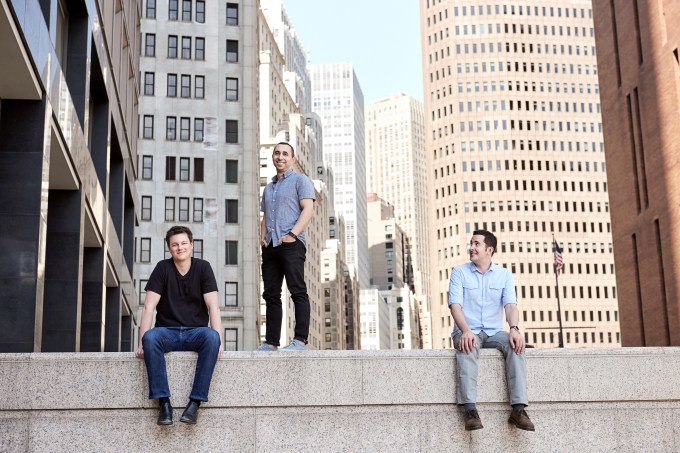 “The quip that I have used a few times recently is digital transformation initiatives have compressed from five or ten years down to months or a year at this point. Everybody’s just having to accelerate all of these things,” Beevers said.

The company has doubled down on its key tools like DNS and IP management, but it has also launched new features using feedback from customers. “For example, we launched a VPN steering capability to help our customers optimize their VPN footprints because obviously those suddenly are more important than they’ve ever been,” he said. Virtual Private Networks (VPNs) allow employees to login to their company’s network as if they were physically present in the office.

While NS1 had money in the bank and increasing appetite from customers, the company was also starting a fundraise in the middle of a global pandemic. Beevers said that it was hard at first to get momentum. “April was a dead zone,” he said. “All the VCs were sort of turtle up.”

The tide began to turn by early May as VCs got a handle on their portfolios and started to survey where the opportunities were in the market given the lessons of the early days of COVID-19. “We actually started to get a huge amount of inbound interest in early May timeframe,” he said.

“Call it like a true coronavirus fundraise,” Beevers explained. It was “end to end like less than a month getting to know [Cherian] to term sheet, and all virtual. Partner meeting was all virtual, diligence all virtual. Not a single in-person interaction in the whole fundraising process, and that was the case with everybody else who was involved in the round too, so all the folks that didn’t in the end write the winning term sheet.”

What made Cherian stand out was Energy Impact Partners’ portfolio, which touches on energy, industry and IoT — sectors that are increasingly being digitized and need the kind of internet infrastructure services that NS1 provides. Also, Cherian led a round into Packet, which is a fellow NYC enterprise company that sold to Equinix for more than $300 million. Packet’s founder Zac Smith and Beevers worked together at Voxel and are part of the so-called “Voxel mafia” of infrastructure engineers in Manhattan.

With the new funding, NS1 intends to continue to expand its traction in the network layer while also doubling down on new markets like IoT.