Replenysh has been kicking since 2016, but up til now, the Orange County, California startup hasn’t done much press. That changes today, as the company announces that it has raised a $2 million seed round with the fairly lofty goal of transforming recycling in the U.S.

A press release outlining Replenysh’s plans offers up plenty of information about what’s wrong with recycling here in the States. Among some of the key figures are the fact that it can be up to 3x more expensive to recycle a ton of material rather than simply dropping it off in a landfill. Outside of the positive press around sustainability and the rare instance of corporate altruism, that’s a rather large fiscal penalty for doing the right thing.

For its part, the Replenysh team says it’s “building this new digital supply chain.” What that means in less buzzwordy terms is that the company is working to provide software solutions designed to benefit both those selling recycled goods and companies looking to acquire the materials. That latter bit is hotter market than you’re likely aware, as big corporations have set commitments to adopt recycled materials as part of larger pledges for sustainability. 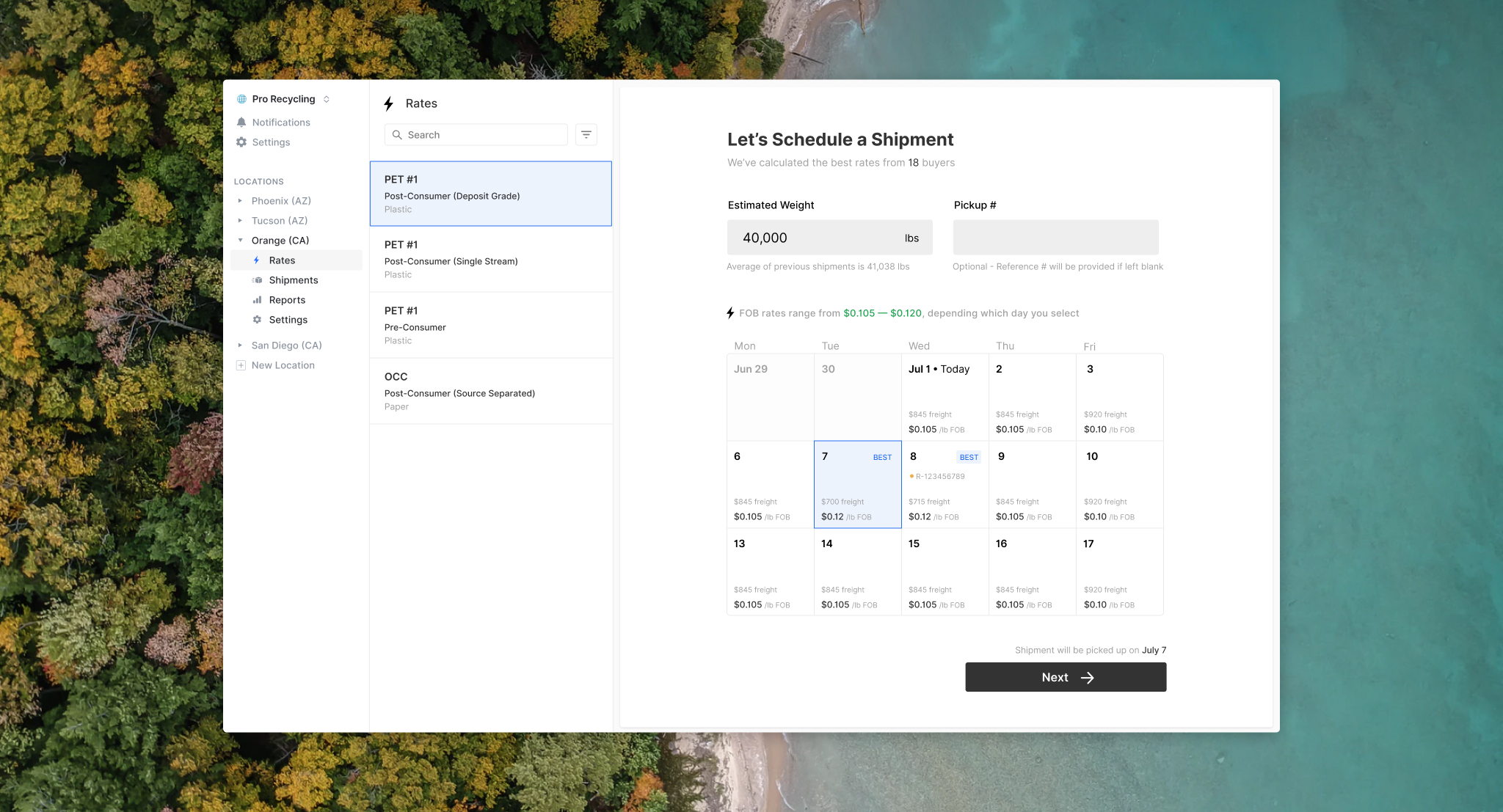 The company’s primary value comes by way of its interfacing with the owners and employees at the thousands of recycling centers based in the U.S. Replenysh has developed a software dashboard that allows the centers to find the best price for materials and schedule shipments. On the buyer side, the company also offers means by which brands can find sufficient materials and foster relationships with the aforementioned recycling centers. The company says it already has relationships with hundreds of recycling centers it has helped connect with buyers from large retailers and big brands (though it’s not yet disclosing the names of either).

“The response to our technology and services has been exciting,” founder Mark Armen told TechCrunch. “Recycling centers benefit from our rate discovery, price transparency, and workflow automation tools – and we are just getting started. We envision a world where all materials circulate through an intelligent system of continual reuse, which brands, recycling centers, and collectors can tap into and propel. The result will be a regenerative economy that restores ecosystems, relationships, and value.”

Replenysh is still a lean team, with an eight-person headcount (plus one intern). While it was founded and began working on pilots way back in 2016, the company says it really began work in earnest when it incorporated last year. The $2 million seed round is led by Kindred Ventures, Floodgate Fund and 122WEST, with plans to further build out the technologies and Replenysh’s network.