As far as pandemic-proof businesses go, a startup for barbershops isn’t exactly the first thing that comes to mind — unless you raised millions just days before barbershops were shut down across the country.

Dave Salvant and Songe LaRon, co-founders of New York-based Squire, a back-end barbershop management tool for independent businesses they launched in 2016, raised a $34 million Series B led by CRV in early March (after raising $8 million in a Series A round led by Trinity Ventures in 2018). Days later, “everything went to zero,” LaRon recalls of their customer base: All barbershops closed.

The cash quickly went from an opportunistic raise to needed capital. Squire waived all subscription fees, created a site for information called www.helpbarbershops.com and launched a way for patrons to buy online gift cards for their favorite shops. One barbershop sold more than $30,000 in just a few days.

After weathering a hard few months, Squire is now enjoying high demand from barbershops preparing to reopen. The company provides cashless payment, a way to make appointments and is experimenting with a virtual waiting room, all features that barbershops post-pandemic are considering. It is currently live in 45 cities.

During shelter-in-place, some of us have been forced to cut our own hair, as shown by virtual haircuts done over Zoom and even a VC-hosted haircut workshop. But a DIY session won’t replace the intimacy of a barbershop.

Barbershops have long served as gathering places for Black and African American communities as a place to chat, be vulnerable and complain.

In recent years, the culture has moved more into mainstream conversation. Today, there is an entire talk show series, produced by LeBron James, where guests chat while getting a cut. In Atlanta, there’s a singular Atlanta barbershop that serves as an informal gathering ground for the city’s top politicians.

“We learned it resonated with men from all walks of life, all races and ethnicities and was really kind of a universal experience. So we saw an opportunity for a tech company,” LaRon said.

Salvant and LaRon thought of barbershops as places of comfort long before they saw them as a place of business.

“Barbers are part-time therapists for guys,” LaRon said in an interview with TechCrunch.

Salvant and LaRon, friends and then-students at Columbia who were living in Harlem, saw barbershops grow in cultural relevance while the technology behind them remained largely untouched. Long wait times, cash-only and scheduling woes continued to be problems that they themselves faced every time they got their hair cut.

Squire lets businesses schedule appointments, offer loyalty programs and install contactless and cashless payment. The team claims that barbershop operations are more complex than many other types of small businesses because there are multiple parties transacting, plus customers might check out different services from different barbers all within one service. That’s where Squire comes in — to be a point of sale to manage those confusing transactions. 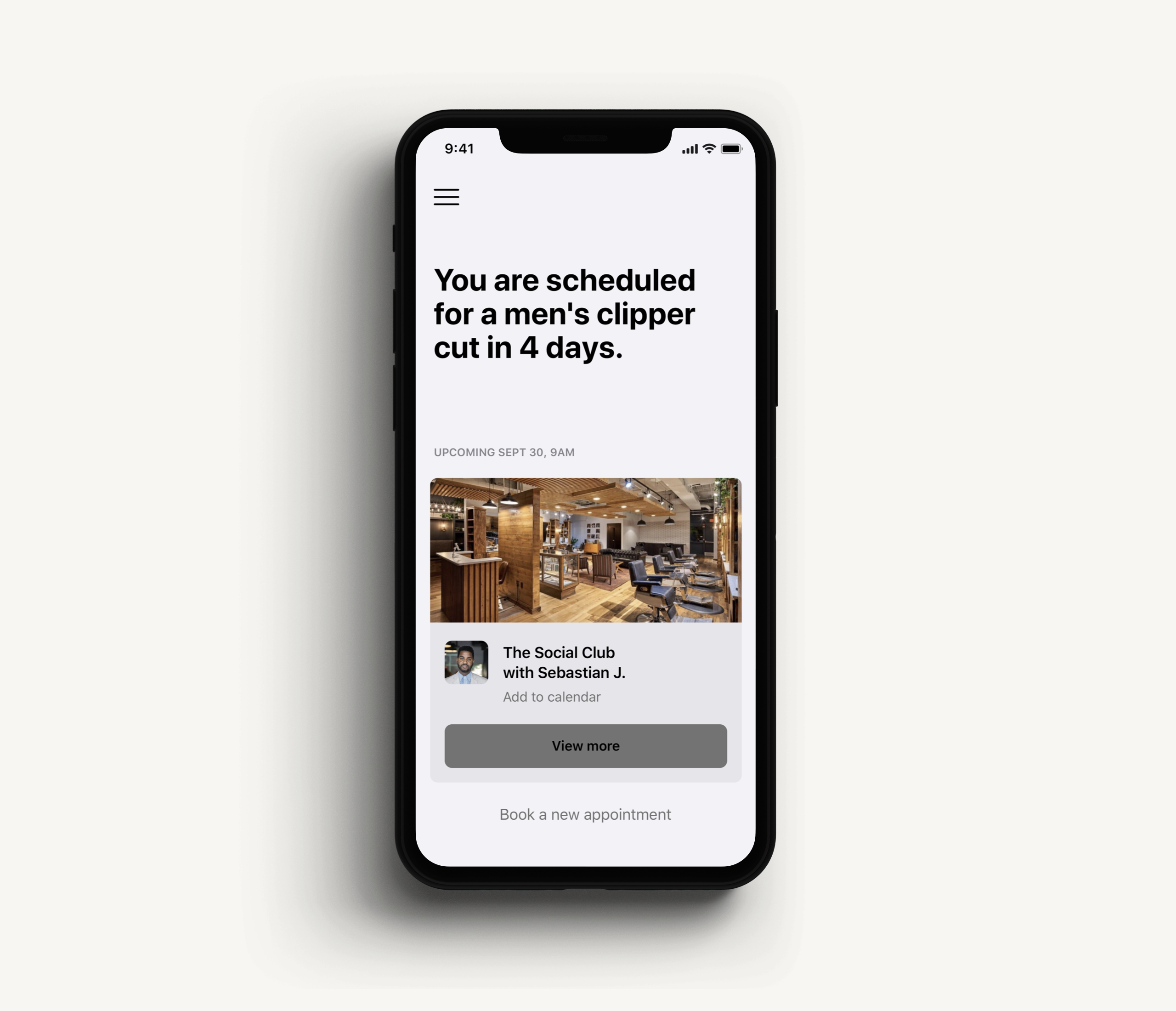 “We don’t want to replace that relationship a guy had with the barber,” said Salvant. “We just wanted to take away all the annoying things about it.”

Squire makes money by charging a monthly fee based on size and needs of the barbershop, ranging from $30 to $250 per month.

A threat to Squire’s success are small and medium business payment infrastructure companies like Square. The co-founders were confident, noting that Squire is the only venture-backed business that exclusively tailors itself to barbershops, and thus will be the best solution for those businesses. Los Angeles-based Boulevard raised money in November for its salon and spa management software.

But Squire thinks barbershop subculture is niche enough that salon technology doesn’t do the job. Barbers want to partner with businesses that are as passionate as they are.

The high bar is precisely why a healthy chunk of Squire’s early days were defined by LaRon and Salvant sitting in barbershop chairs and asking a lot of questions. In fact, Salvant says he got his hair cut by nearly 600 different barbers. 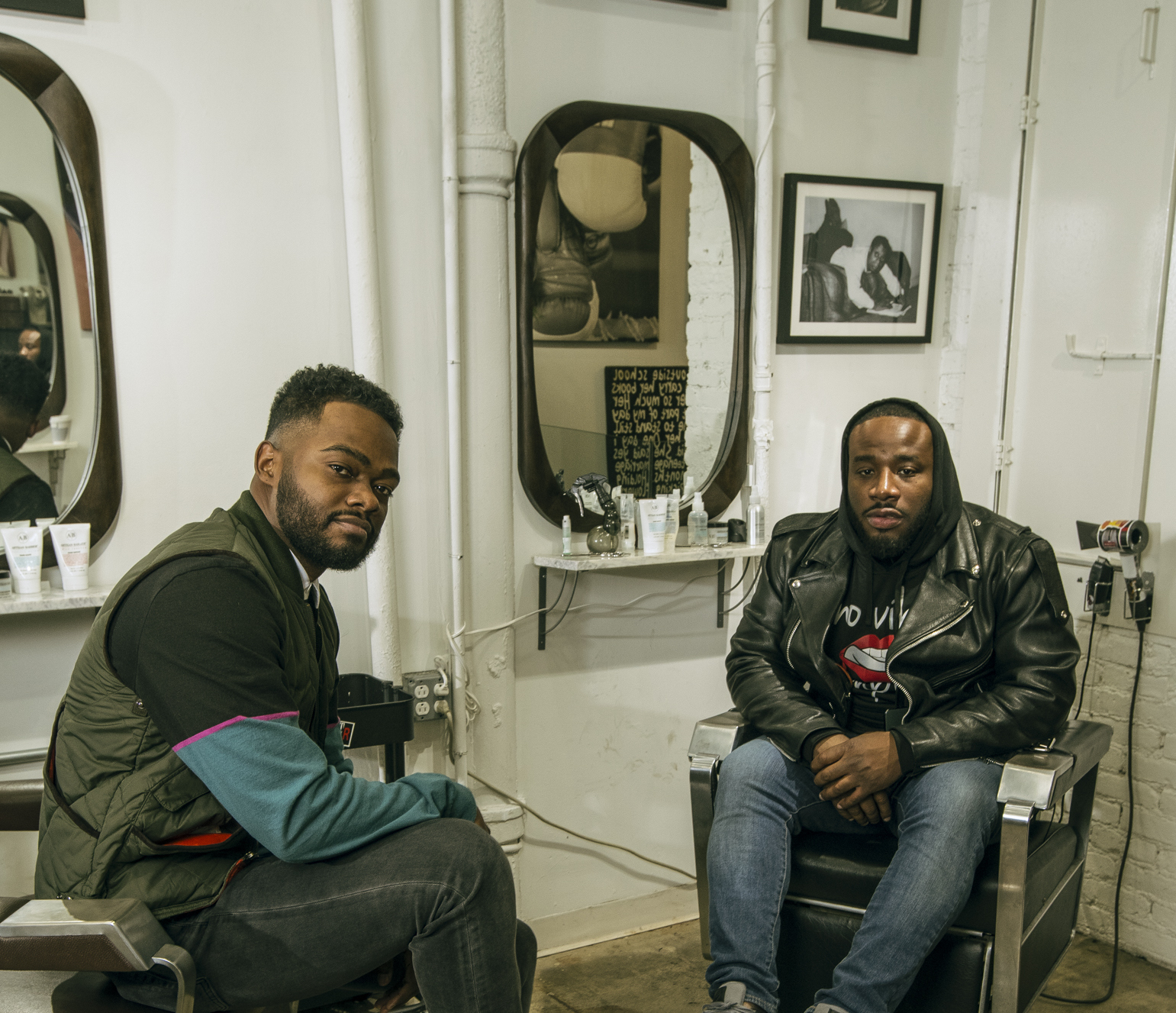 “Part of them trusting you and you trust them happens if you sit down and get a haircut,” Salvant said. By and large, the feedback the co-founder got from barbers was that they needed a solution for the entire shop, as opposed to Squire’s original product aimed at a customer or individual barber. It gave them the faith to go for a vertical solution versus assuming a horizontal solution such as Square would do the job.

Reid Christian, an investor at Charles River Ventures (CRV) who was part of the Series B, said that he knew Squire would be a success when he experienced the product at Rust Belt Barbering in Buffalo, New York. Christian compared Squire to a “Venmo-like experience” with transactions. He estimates billions of dollars in men’s grooming spend.

When shops broadly reopen, Squire is in a good, timely spot to be adopted by the masses. For the co-founders, the incoming wave of interest was affirmed a long time ago.

Last year, the duo attended the Connecticut Barber Expo. It was an aha moment, as they witnessed over 15,000 make the pilgrimage over to Connecticut to learn about the industry.

“Most people don’t know about it, most people wouldn’t believe it until they saw it,” Salvant said. “It serves as a reminder how powerful it is.”