Memo Bank wasn’t always called Memo Bank. It started as Margo Bank and has been flying under the radar for a few years. The French startup is now about to launch publicly and shared more details about what it is building.

As the name suggests, Memo Bank is a bank. It plans to serve business customers exclusively and it targets small and medium companies that generate more than €2 million in annual turnover and have more than 10 employees.

When you’re creating a bank, you’re also entering a highly regulated market. And Memo Bank’s team is aware of that and wants to create a barrier to entry with its competitors while providing a different service compared to legacy players.

Memo Bank is a credit institution and has obtained the proper licenses from the French regulator (ACPR) and the European Central Bank. “It’s a unique event in France, it hasn’t happened since 1970,” Guyot said in a press conference.

“You don’t build a bank in a garage with a few thousand euros,” he added in order to set his startup apart from other fintech startups.

The former CEO of Arkéa, Ronan Le Moal, is also taking a seat at the table as chairman of the board. Memo Bank had previously raised $7.6 million (€6.7 million) in 2018. 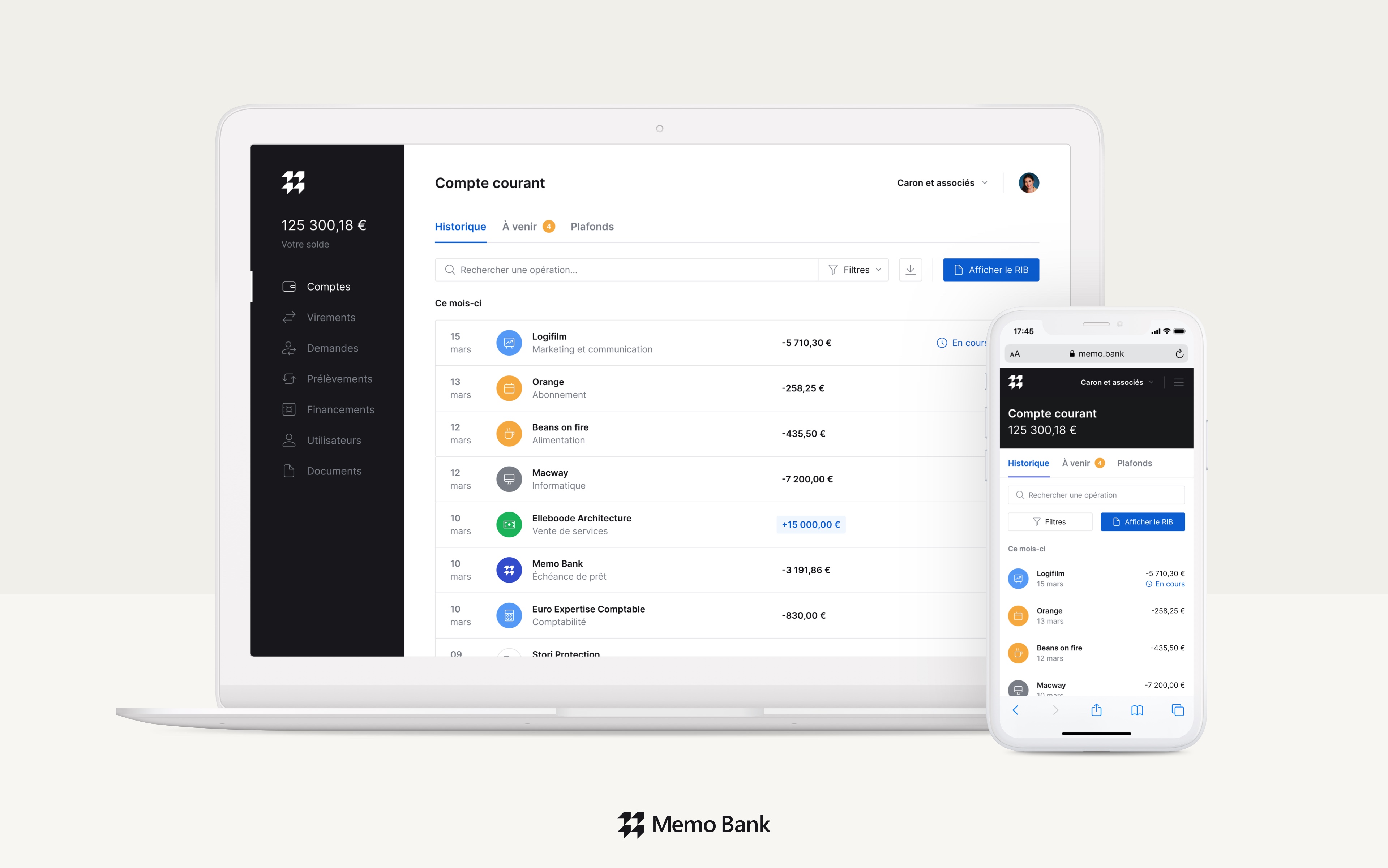 So what is Memo Bank exactly? You’ll have to wait a few months if you want to become a client. The company has developed its own core banking infrastructure and wants to offer everything you’d expect from a business bank.

It starts with a bank account that doesn’t suck. “It seems obvious but believe me it’s not,” Guyot said. Many business banks don’t let you add team members without sending a letter. Or you can’t browse in the web interface transactions that are older than three months.

But the real product is credit. Memo Bank wants to offer credit lines in just a few days without any cumbersome paperwork. Memo Bank’s biggest competitor isn’t neobanks. The startup is competing directly with online lending platforms, such as October.

At first, Memo Bank is going to accept clients in the Paris area. While the company won’t have any physical branch, it wants to be able to come and talk to you directly. It’ll expand to Lyon and then other French cities in the coming years. Eventually, Memo Bank hopes it can attract 4,000 clients within four years.