Hasura is an open-source engine that can connect to PostgreSQL databases and microservices across hybrid- and multi-cloud environments and then automatically build a GraphQL API backend for them, making it easier for developers to then build their own data-driven applications on top of this unified API. For a while now, the San Francisco-based startup has offered a paid version (Hasura Pro) with enterprise-ready reliability and security tools, in addition to its free open-source version. Today, the company launched Hasura Cloud, which takes the existing Pro version, adds a number of cloud-specific features like dynamic caching, auto-scaling and consumption-based pricing, and brings those together in a fully managed service.

At its core, Hasura’s service promises businesses the ability to bring together data from their various siloed databases and allow their developers to extract value from them through its GraphQL APIs. While GraphQL is still relatively new, the Facebook-incubated technology has quickly become extremely popular among many development teams.

Before founding the company and launching it in 2018, Hasura CEO and co-founder Tanmai Gopal worked for a consulting firm — and like with so many founders, that’s where he got the inspiration for the service.

“One of the key things that we noticed was that in the entire landscape, computing is becoming better, there are better frameworks, it is easier to deploy code, databases are becoming better and they kind of work everywhere,” he said. “But this kind of piece in the middle that is still a bottleneck and that there isn’t really a good solution for is this data access piece.” Almost by default, most companies host data in various SaaS services and databases — and now they were trying to figure out how to develop apps based on this for both internal and external consumers, noted Gopal. “This data distribution problem was this bottleneck where everybody would just spend massive amounts of time and money. And we invented a way of kind of automating that,” he explained.

The choice of GraphQL was also pretty straightforward, especially because GraphQL services are an easy way for developers to consume data (even though, as Gopal noted, it’s not always fun to build the GraphQL service itself). One thing that’s unusual and worth noting about the core Hasura engine itself is that it is written in Haskell, which is a rather unusual choice. 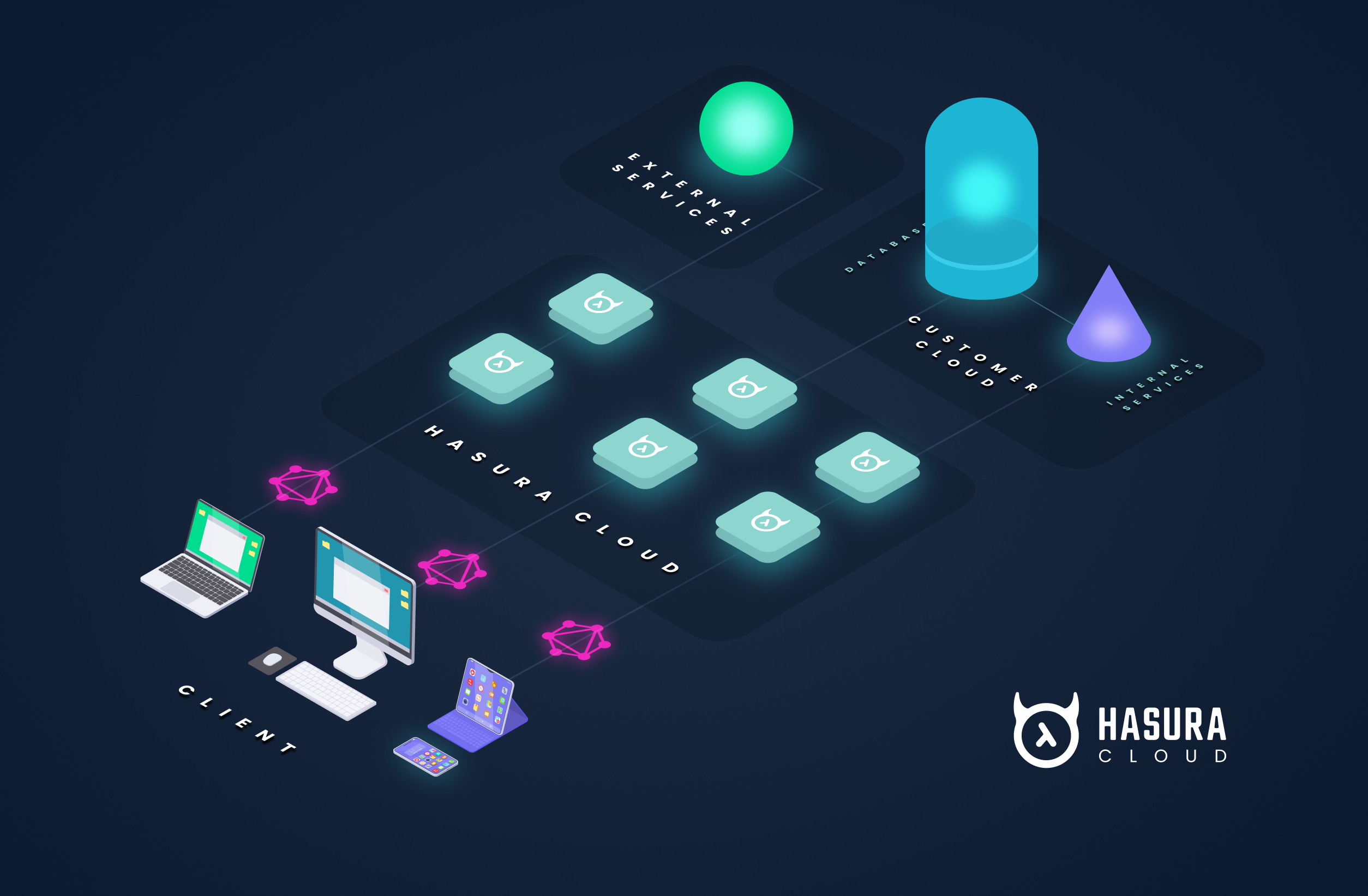 The team tells me that Hasura is now nearing 50 million downloads for its free version and the company is seeing large and small users from across various industries relying on its products, which is probably no surprise, given that the company is trying to solve a pretty universal problem around data access and consumption.

Over the last few quarters, the team worked on launching its cloud service. “We’ve been thinking of the cloud in a very different way,” Gopal said. “It’s not your usual, take the open-source solution and host it, like a MongoDB Atlas or Confluent. What we’ve done is we’ve said, we’re going to re-engineer the open-source solution to be entirely multi-tenant and be completely pay-per pricing.”

Given this philosophy, it’s no surprise that Hasura’s pricing is purely based on how much data a user moves through the service. “It’s much closer to our value proposition,” Hasura co-founder and COO Rajoshi Ghosh said. “The value proposition is about data access. The big part of it is the fact that you’re getting this data from your databases. But the very interesting part is that this data can actually come from anywhere. This data could be in your third-party services, part of your data could be living in Stripe and it could be living in Salesforce, and it could be living in other services. […] We’re the data access infrastructure in that sense. And this pricing also — from a mental model perspective — makes it much clearer that that’s the value that we’re adding.”

Now, there are obviously plenty of other data-centric API services on the market, but Gopal argues that Hasura has an advantage because of its advanced caching for dynamic data, for example.