Subscription-based access to mobile gaming content is fueling new services like Apple Arcade and Google Play Pass. Last fall, a startup called GameClub entered the mix, as well, to test the idea that subscriptions could also produce new revenue streams for some of mobile gaming’s greatest hits. At launch, GameClub’s $5 per month subscription service was available only on iOS, offering access to over 100 titles that had seen a collective 100 million lifetime downloads. Today, the service is available to Android users with a catalog that’s grown to now more than 120 classic titles.

The service arrived at a time when the gaming industry had largely shifted to the free-to-play model, and users have become less willing to pay for content upfront — essentially forcing out many other gaming genres from the app stores. GameClub’s selection of games don’t fit this new climate, as they weren’t the type to monetize users through in-app purchases and ads.

As GameClub co-founder and CEO Dan Sherman explained at the time of launch, the free-to-play model only works for a handful of genres, to the exclusion of many genres its service is trying to bring back — like action, adventures, arcade, tower defense and more. Basically, GameClub offers games that can be completed, instead of games being built around perpetual retention loops.

Similar to how Apple Arcade and Google Play Pass work, GameClub users pay a subscription fee to access the full library. With one subscription, up to 12 people can play GameClub’s games across iOS and, as of today’s launch, Android. The games will run both online and offline and won’t include any in-app purchases or ads.

On iOS, the catalog has grown to 87 total games. On Android, there are 40 at launch, but the company is releasing more titles so it will reach parity with iOS. A new game is added every week.

“Subscription is a healthier and less expensive way to enjoy games, eliminating the oppressive ads and loot boxes that define so-called free-to-play,” said Sherman, in a statement about the launch. “GameClub is the only service that brings these benefits to the entire world of iOS and Android gamers. We’re expanding our offering to deliver affordable, skill-based entertainment to gamers everywhere, on nearly any mobile phone or tablet,” he added.

The service’s catalog continues to be curated by Eli Hodapp, the former editor-in-chief of mobile gaming site TouchArcade. Its top titles include Breach & Clear, Paint it Back, Spider: Rite of the Shrouded Moon, Legendary Wars, Monster Wars, Flick Fishing, Pocket RPG, Cursed Treasure 2 and others. 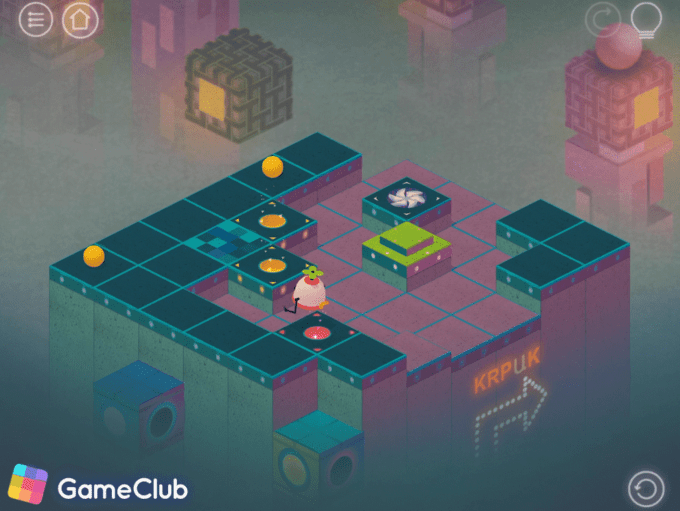 These titles aren’t just redistribute by GameClub after cutting deals. Instead, GameClub’s team of developers also update the apps’ original code to make the games look and feel new — for example, by optimizing them for the latest screen sizes and resolutions.

Though Apple bans iOS apps that sell other apps, GameClub has been allowed to operate on iOS because the GameClub hub isn’t its own app store. Instead, iOS users have to download the individual GameClub games directly from the App Store, where they have their own listing.

Getting Apple’s approval wasn’t easy though. The company says its app was rejected by Apple 127 times before launch and its Developer Account was placed under investigation for a month, during which time Apple stopped reviewing any of its submissions.

Eventually, that investigation ended with no explanation, Sherman says. He notes GameClub’s review process got easier once Apple Arcade debuted, but also says GameClub has never been featured on the App Store, perhaps because of its competitive nature with Apple Arcade.

The company declined to share its total subscriber base or revenues.

“We don’t disclose those numbers, but I can share that we’ve seen double-digit month-over-month growth in all aspects of GameClub since our iOS launch last fall,” Sherman told TechCrunch. “A large segment of the mobile gaming community is searching for true, premium game experiences, and GameClub is delivering the style of gameplay they’re looking for, without intrusive ads, predatory in-app purchases and all the other abuses that have become synonymous with modern mobile gaming,” he said.

With the expansion to Android, GameClub’s library now features over a dozen best-selling games not yet offered on its platform, and several coming to Android for the first time, like Flick Fishing, Puzzlejuice, Swap This!, Zombie Match Defense, ORC: Vengeance, Hackycat, Raid Leader, Wizard Golf RPG, Cubed Rally Racer, Return of the Zombie King and Potatoman Seeks the Troof. A full launch slate is here.

The GameClub Android app is live on Google Play, in addition to iOS.