Lucid Motors will begin producing its luxury electric vehicle for customers at its new Arizona factory in early 2021, about three months later than expected due to a slowdown caused by COVID-19.

The company, which plans to unveil a production version of the Lucid Air in an online event scheduled for September 9, said construction resumed several weeks ago at its factory in Casa Grande, Arizona, and is on target to complete phase one this year. Lucid Motors has also restarted vehicle development work at its California facility, which was briefly delayed due to shelter-in-place orders.

Lucid Motors said Wednesday it will show off more than the vehicle’s final interior and exterior designs during the September 9 event. The company said new details on production specifications, available configurations and pricing information will also be shared.

“Although we are experiencing an unprecedented time in our history, the determination of this company’s employees in developing a game-changing electric vehicle burns ever more brightly,” Lucid Motors CEO and CTO Peter Rawlinson said in a statement.

With COVID-19 closures in the rearview mirror — at least for now — Lucid Motors is focused on expanding its workforce and wrapping up construction as it begins the big job of moving in and setting up production equipment. Major components and equipment for the paint and shell lines are being installed and are coming online in advance of the completion of construction, the company said in an update. Once complete, Lucid will begin producing prototypes at the factory. Those production prototypes, which will roll off the assembly line in 2020, won’t be sold. The first vehicles produced for customers will begin in early 2021, according to Lucid.

The company, which employs more than 1,000 people, has ramped up hiring ahead of the Air’s production debut. More than 160 new employees have been hired in the past three months. Lucid said it plans to add more than 700 employees to its roster by the end of 2020. 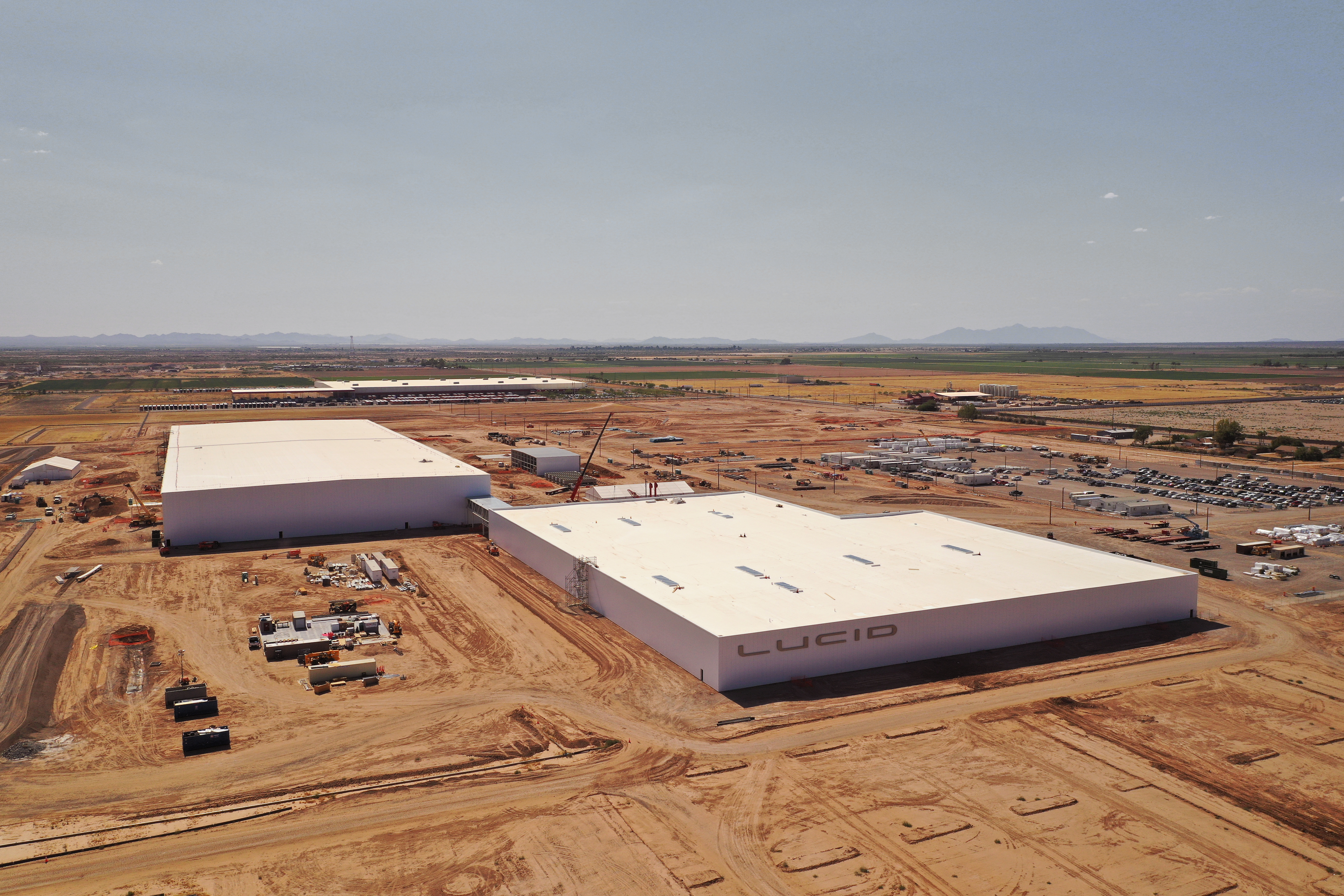 The global reveal as well as the anticipated completion of the first phase of its Arizona factory will be a critical milestone for a company that was founded 11 years ago with a different name and mission. The company, called Atieva at the time, was focused on developing electric car battery technology. It then shifted to producing electric cars and changed its name in 2016 to Lucid Motors.

At the time, Lucid Motors appeared to be on a roll. It had successfully raised money, unveiled the Air, announced plans to build a $700 million factory in Arizona, signed a deal with Samsung SDI to supply it with lithium-ion batteries and moved into spacious new digs. The company suddenly fell silent for nearly a year as it worked to raise the remaining money required to take on the capitally intensive pursuit of building a car factory and producing the Air.

In 2018, Lucid Motors secured $1 billion in funding from Saudi Arabia’s sovereign wealth fund. Lucid said at the time that the $1 billion in funding would be used to complete engineering development and testing of the Lucid Air, construct its factory in Arizona, begin the global rollout of its retail strategy starting in North America and enter production.