Snap Minis are lightweight third-party programs that live inside the app’s Chat section, which users can quickly pull up alongside friends without having to deal with switching apps. Minis live alongside games inside a keyboard tab on the user’s chat screen. When a user taps one of them, the Mini goes full-screen and a user can complete a task like ordering movie tickets, comparing class schedules, studying a flashcard deck or going through a guided meditation.

Like Snap Games, Snapchat’s mini programs are built on HTML5 and can be quickly called up without users waiting for a download to finish. 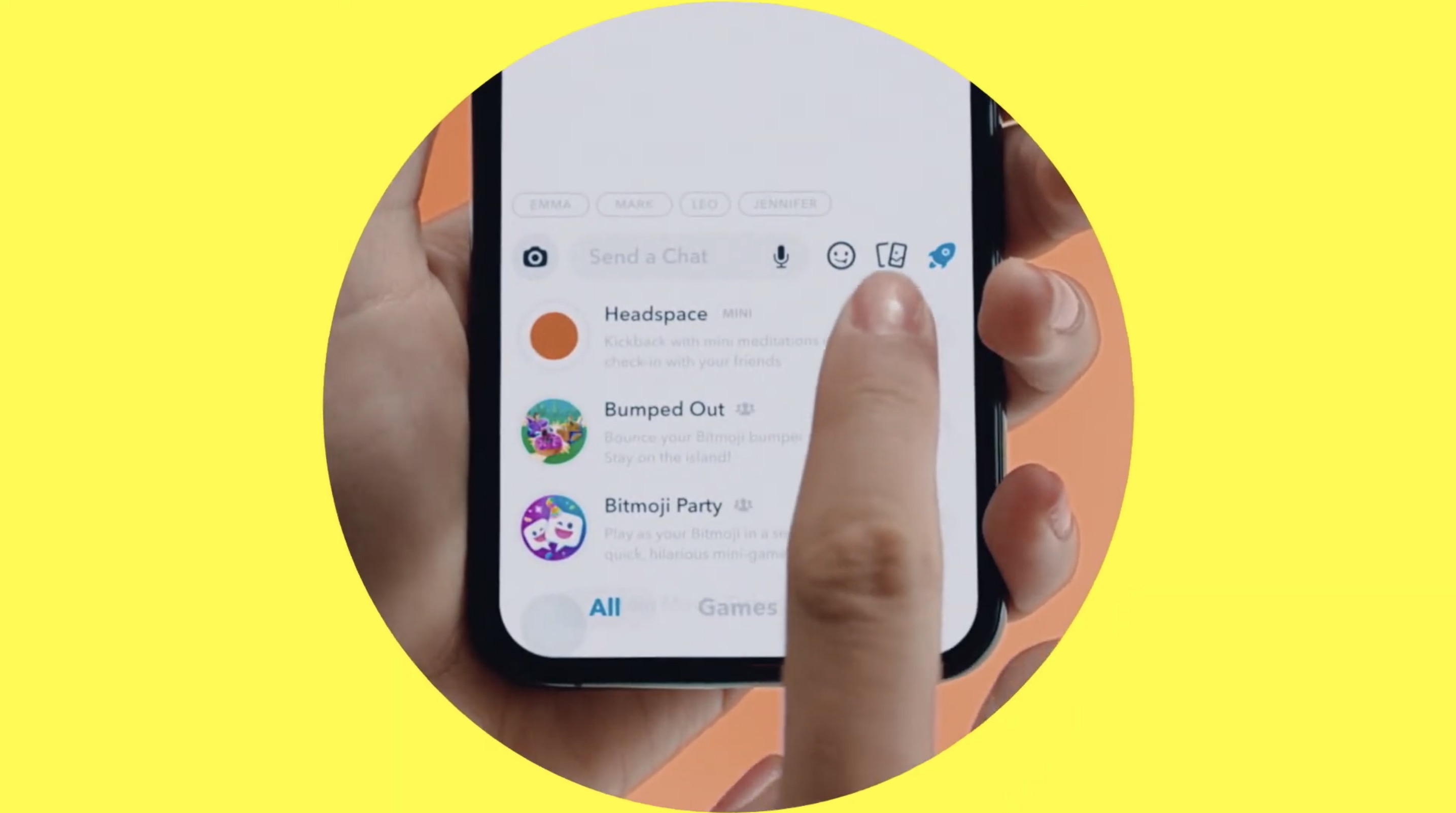 For developers, the biggest sell here is likely getting a presence inside Snapchat’s walled garden and reaping the benefits of the app’s social graph. Though Snapchat’s developer platform Snap Kit allows other apps to integrate with the company’s platform, those integrations are largely confined to gaining access to features to bring into their apps like Stories or — just announced today — Snap’s Camera itself; access to the app’s friends list is off-limits. With Minis, that data still isn’t going to developers, but now that app can be shared between friends.

At launch, Snapchat has a fairly limited set of partners, including the meditation app Headspace, the movie ticketing app Atom Tickets and the music festival Coachella.

Mini programs are far from an untested concept. WeChat, the messaging app at the heart of Chinese consumer tech, relies heavily on the small integrations. The question will be whether the feature can take off stateside where many of the big tech platforms have been trending toward restricting third-party access and integrations, fearing privacy mishaps. Snap won’t be opening the floodgates to potential partners; they’re taking a slow, curated approach at launch with just a handful of Minis available.

The closest comparison to the rollout of Minis might be Facebook’s repeated, ill-fated flirtations with chatbots over the years; the release was attempting to drive conversations inside its Messenger app between consumers and brands via messages and lightweight custom interfaces. The launch prompted plenty of other large tech companies to take a closer look at the tech; Snap wasn’t among them.

“I think we have always thought that these developers and brands shouldn’t really be posing as your friends, that was one of the initial product concerns that we had with chatbots,” Snap VP of Product Will Wu told TechCrunch.

Snap detailed the first seven Minis (listed below) that will begin rolling out to the app next month.