Grado has a new pair of their signature headphones on the way, and between the pricing, hemp-infused wooden body and pot leaf insignia, it’s clear they’ve got their eye on a very particular customer.

The Brooklyn-based audio brand known for their rich, open-air sound has a pretty established lineup at this point, but over the past few years they’ve been playing around more with limited editions that use different types of wood and composites to house their audio components. The Hemp Headphone’s swirly, psychedelic body is a composite of maple wood and “highly compressed hemp,” the company says.

The Hemp Headphone is mainly innovating on a look, though Grado likes to talk about how the different materials they use can mean important subtle difference to the sound profile of each release, something that’s probably made their limited-edition product line a fun one to experiment with. Nevertheless, there really isn’t much new on the tech side. 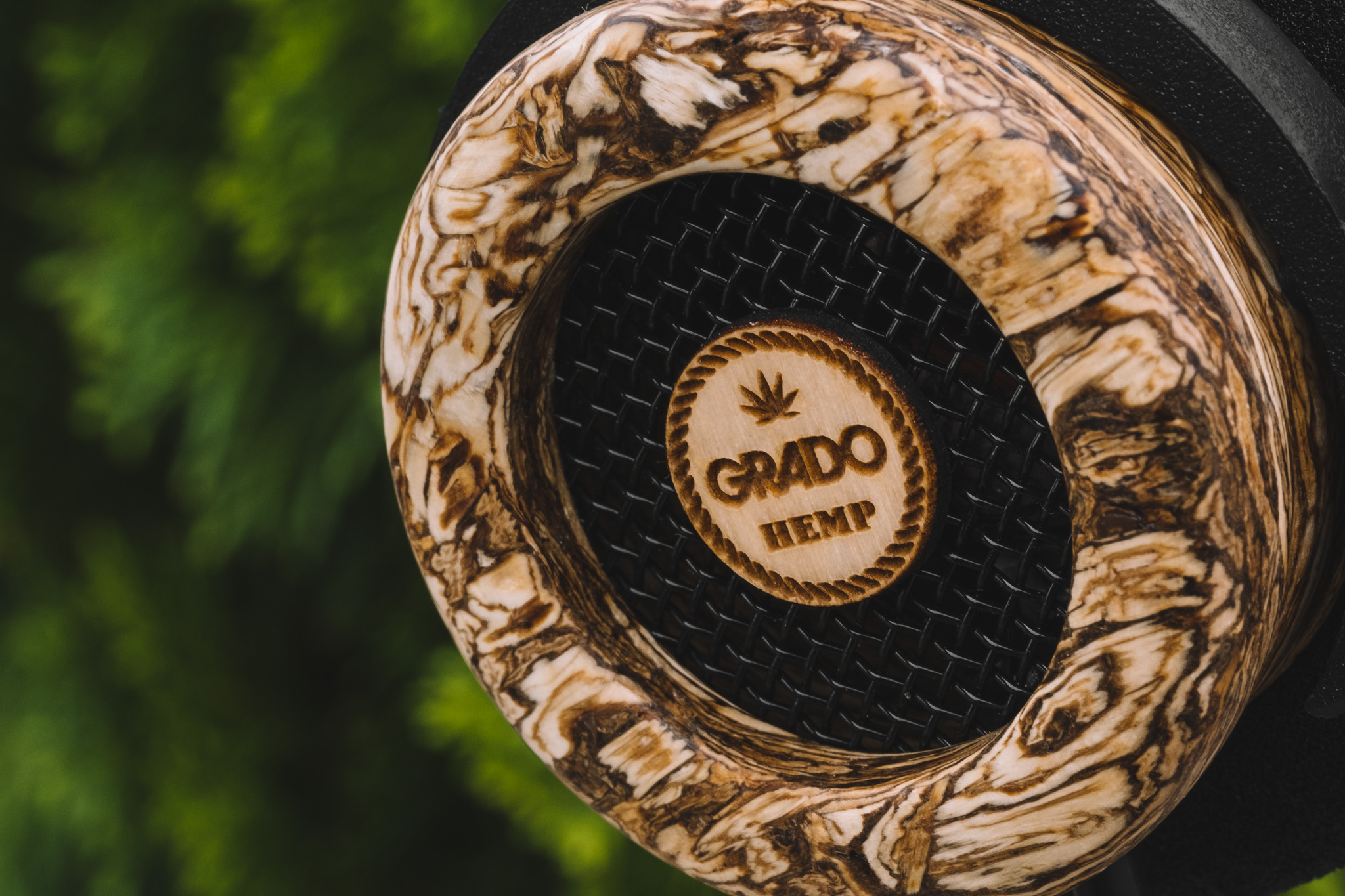 Last year, the company ventured into wireless tech with the GW100, a fairly clunky attempt to bring Bluetooth to their on-ear headphone line. Though Grado has played around with more mainstream pursuits like the GW100 and its in-ear headphone line, the company’s most impressive efforts have always catered to their die-hard fans who are likely more at home with XLR or phono outputs than Bluetooth.

Grado headphones are an acquired taste with a build that’s been fairly relentless in its lack of comfort and a design that’s firmly at odds with today’s big trend in over-ear and on-ear headphones: noise cancellation. The open-air cans let in plenty of sound and let out as much, something that doesn’t make them a great choice for the office and tends to keep the headphones in the tight niche of at-home listening. In the midst of quarantine, at-home listening has become a bit more inclusive of a niche though.

Grado’s Hemp Headphone is available for pre-order today, retailing for… $420.

Grado takes the wraps off their first pair of wireless headphones