The IBM Cloud is currently suffering a major outage, and with that, multiple services that are hosted on the platform are also down, including everybody’s favorite tech news aggregator, Techmeme.

It looks like the problems started around 2:30pm PT and spread from there. Best we can tell, this is a worldwide problem and involves a networking issue, but IBM’s own status page isn’t actually loading anymore and returns an internal server error, so we don’t quite know the extent of the outage or what triggered it. IBM Cloud’s Twitter account has also remained silent, though we found a status page for IBM Aspera hosted on a third-party server, which seems to confirm that this is likely a worldwide networking issue.

IBM Cloud, which published a paper about ensuring zero downtime in April, also suffered a minor outage in its Dallas data center in March.

We’ve reached out to IBM’s PR team and will update this post once we get more information.

Update #1 (5:06pm PT): we are seeing some reports that IBM Cloud is slowly coming back online, but the company’s status page also now seems to be functioning again and still shows that the cloud outage continues for the time being.

Update #2 (5:25pm PT): IBM keeps adding additional information to its status page, though networking issues seem to be at the core of this issue. 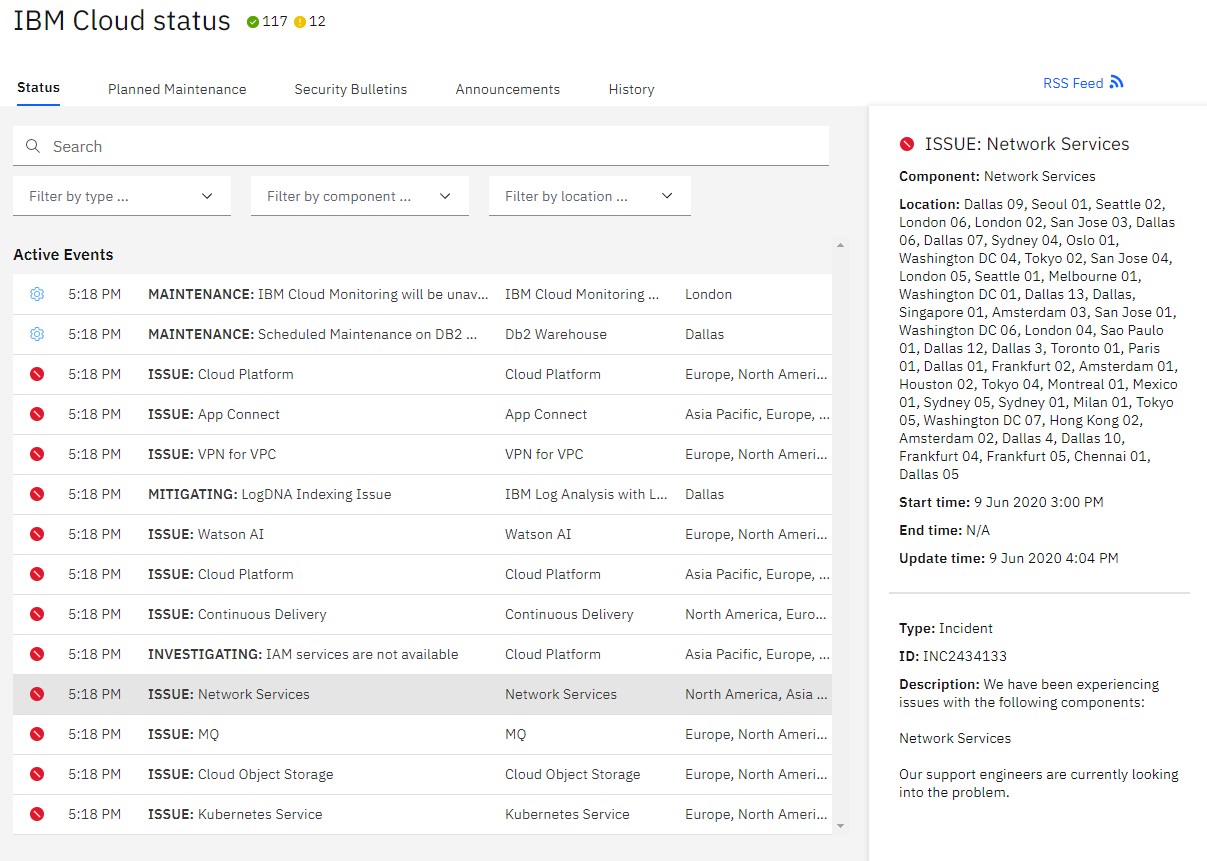